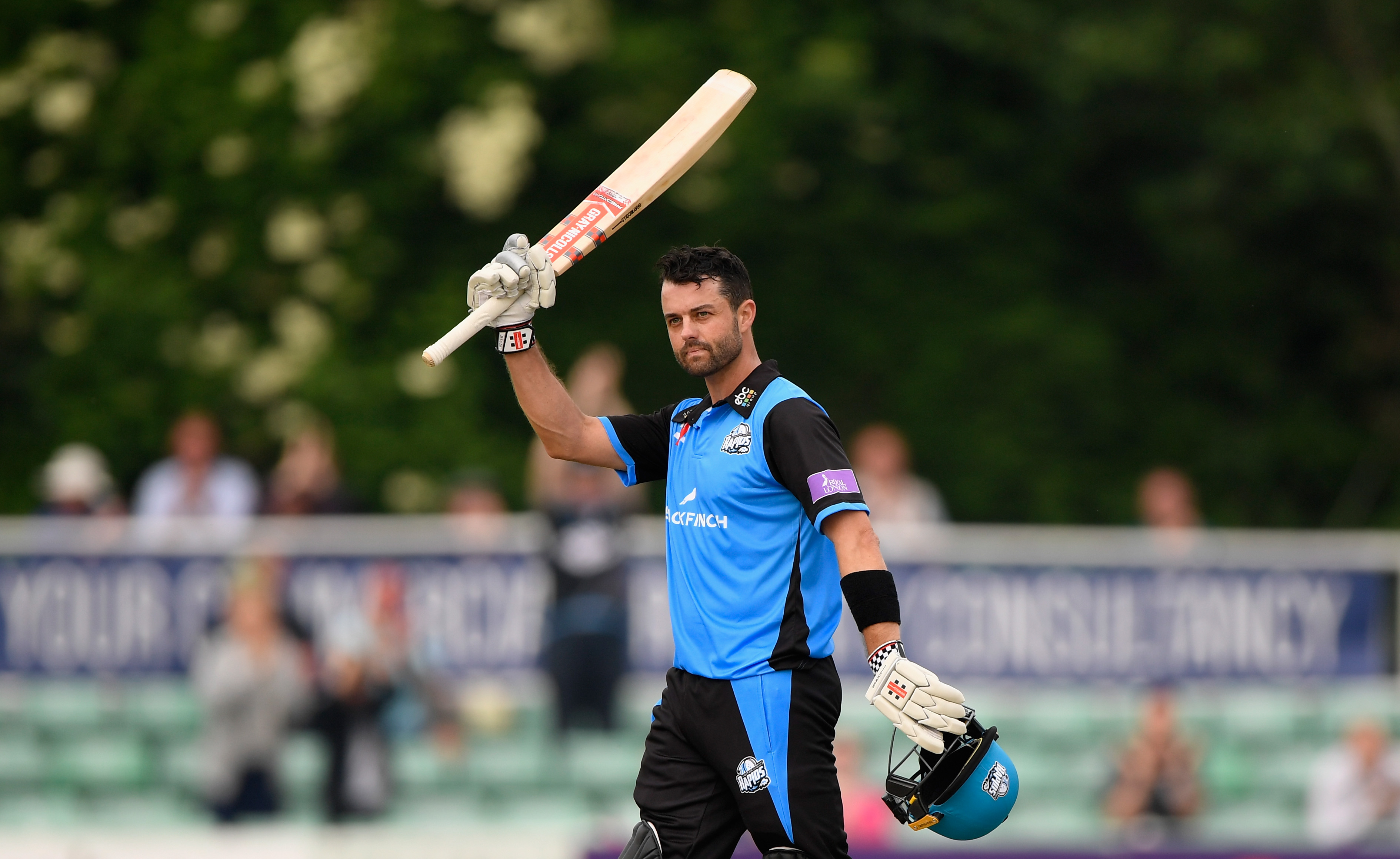 Skipper Joe Leach’s side chalked up their fifth win in seven games and signed off from their home group programme with a 100 per cent record.

They are level on points with local rivals Warwickshire but top the table as they have achieved one win more than their rivals from up the M5.

It is all set for a battle royal when the two teams will meet at Edgbaston on Thursday to decide who finishes in pole position.

Clarke hit the highest ever score by a Worcestershire batsman in List A matches against Northamptonshire as his 122 surpassed the 120 not out by Graeme Hick at New Road in 2007.

But that record lasted only a few minutes before it was overhauled by Ferguson who finished unbeaten on 159 as the Rapids totalled 348-5 in 50 overs.

Their partnership of 239 in 37 overs was a Worcestershire second wicket record for List A cricket, beating the 208 by Vikram Solanki and Phil Hughes against Lancashire at Old Trafford in 2012.

It was also a record for either side in matches between the counties, beating the 215 by the Northants pair of Wayne Larkins and Richard Williams at Luton in 1982.

Ferguson clocked up his second successive century at the County’s headquarters following his record-breaking 192 on his debut against Leicestershire Foxes.

It was superb viewing for another bumper turn-out hoping to see the Rapids maintain their 100 per cent home record in the competition this summer.

Ben Sanderson bowled Moeen Ali for nought with the second ball of the innings after the Rapids had opted to bat.

But then Clarke and Ferguson took control, working the ball around effectively but also finding the boundary boards on a regular basis.

Clarke’s fourth List A 100 was completed with a hook to the boundary off Rory Kleinveldt. He struck eight fours and one six in his 105 ball knock.

Ferguson went to three figures in 101 deliveries with 10 fours.

The superb partnership was eventually ended when Clarke (122) was caught at deep mid wicket off Graeme White who also trapped Ross Whiteley lbw for nought in the same over.

Ferguson left the field to another standing ovation after striking three sixes and 13 fours in his 136 ball knock.

Northamptonshire List A debutant Ricardo Vasconcelos (20) clipped Worcestershire skipper Joe Leach to the safe hands of Daryl Mitchell at mid wicket with 34 on the board.

Newton and Ben Duckett featured in a second wicket stand of 79 in 12 overs with the former reaching his half century from 45 balls.

But Moeen made a crucial breakthrough when Duckett (37) went for a reverse sweep and top edged a catch to keeper Cox.

Then Newton, after making a run a ball 61 with two sixes and six fours, aimed a pull at Brown and also perished to Mitchell at mid wicket.

But three quickfire wickets swung the game decisively in the Rapids favour.

Ed Barnard bowled Wakely and had Rory Kleinveldt (9) caught off a skier by Clarke at point while in between Rossington miscued D’Oliveira into the hands of Leach running back from cover.

Saif Zaib (10) and Graeme White (11) perished to Leach and Moeen respectively as the run rate rocketed and in the final over Keogh (51) and Nathan Buck (10) holed out on the boundary off Charlie Morris.