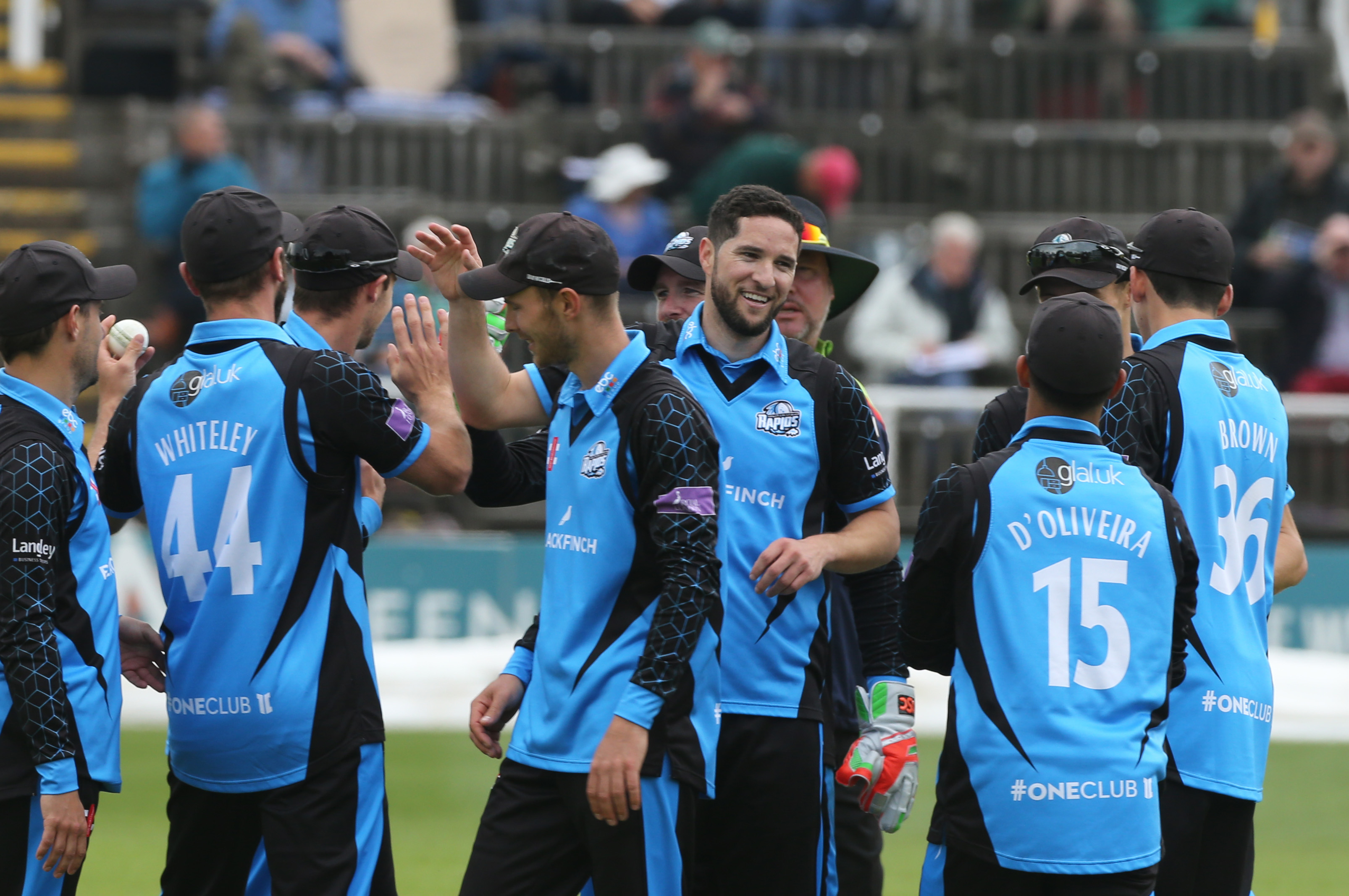 Parnell finished with the excellent figures of 5-24 as the Outlaws were restricted to 121-9 in 32 overs with Paul Coughlin having to retire injured.

Three of 29-year-old Parnell’s victims came in one over with his three previous five wicket hauls in List A cricket all achieved in his native South Africa.

But it was a disciplined performance by the entire Worcestershire seam attack which included Pat Brown, the bowling hero of last summer’s Vitality Blast triumph, in his first senior appearance of the summer.

Then Tom Fell followed up his first half century of the season against Warwickshire at the weekend by making an accomplished 48 not out as the Rapids won with 24.5 overs to spare.

Victory reinforced Worcestershire’s hopes of securing a place in the knockout stages in a competition where they have topped the North Group for the past two years.

Nottinghamshire elected to bat and never recovered from losing three wickets for 31 runs to the new ball pairing of Charlie Morris and Brown.

Joe Clarke (9) was undone by a Morris delivery which cut back and List A debutant Lyndon James departed for a duck as he tried to whip Brown through mid wicket and was lbw.

Morris collected a second scalp when Jake Libby (0) nicked an away swinger through to Riki Wessels who was deputising behind the stumps for the ill Ben Cox.

Parnell then took centre stage with his treble wicket maiden just when Nash and Samit Patel appeared to be steadying the Notts innings at 58-3.

Patel (12) pulled the first delivery to Ross Whiteley at deep square leg and the third and sixth balls beat the defensive pushes of Steven Mullaney (0) and Tom Moores (0) who were both bowled.

Chris Nash offered the only prolonged resistance but Notts problems heightened as Coughlin (11 not out) drove Parnell to mid off and suffered a hamstring injury completing a single and had to be stretchered off.

Nash completed a half century off 66 balls with six boundaries but then pulled the next delivery from Daryl Mitchell to Fell at square leg.

Parnell wrapped up the innings with Matt Carter (7) holing out to mid-wicket and Jake Ball (14) nicking to first slip.

Wessels began as if he intended to finish the game in double quick time against his former County until he was lbw for 18 to Luke Wood.

The paceman, who spent part of last summer on loan at Blackfinch New Road, then bowled Australian Callum Ferguson (13) in the first appearance of his second spell with Worcestershire.

Mitchell (20) was caught at mid off after Samit Patel entered the attack and D’Oliveira (0) was run out in a mix-up with Fell after turning the same bowler on the leg side.

A similar sort of misunderstanding between Fell and George Rhodes (5) saw the latter depart in the same manner after failing to beat Mullaney’s throw from square leg.

But some typically lusty blows from Whiteley in partnership with Fell saw the Rapids over the finishing line by mid afternoon.