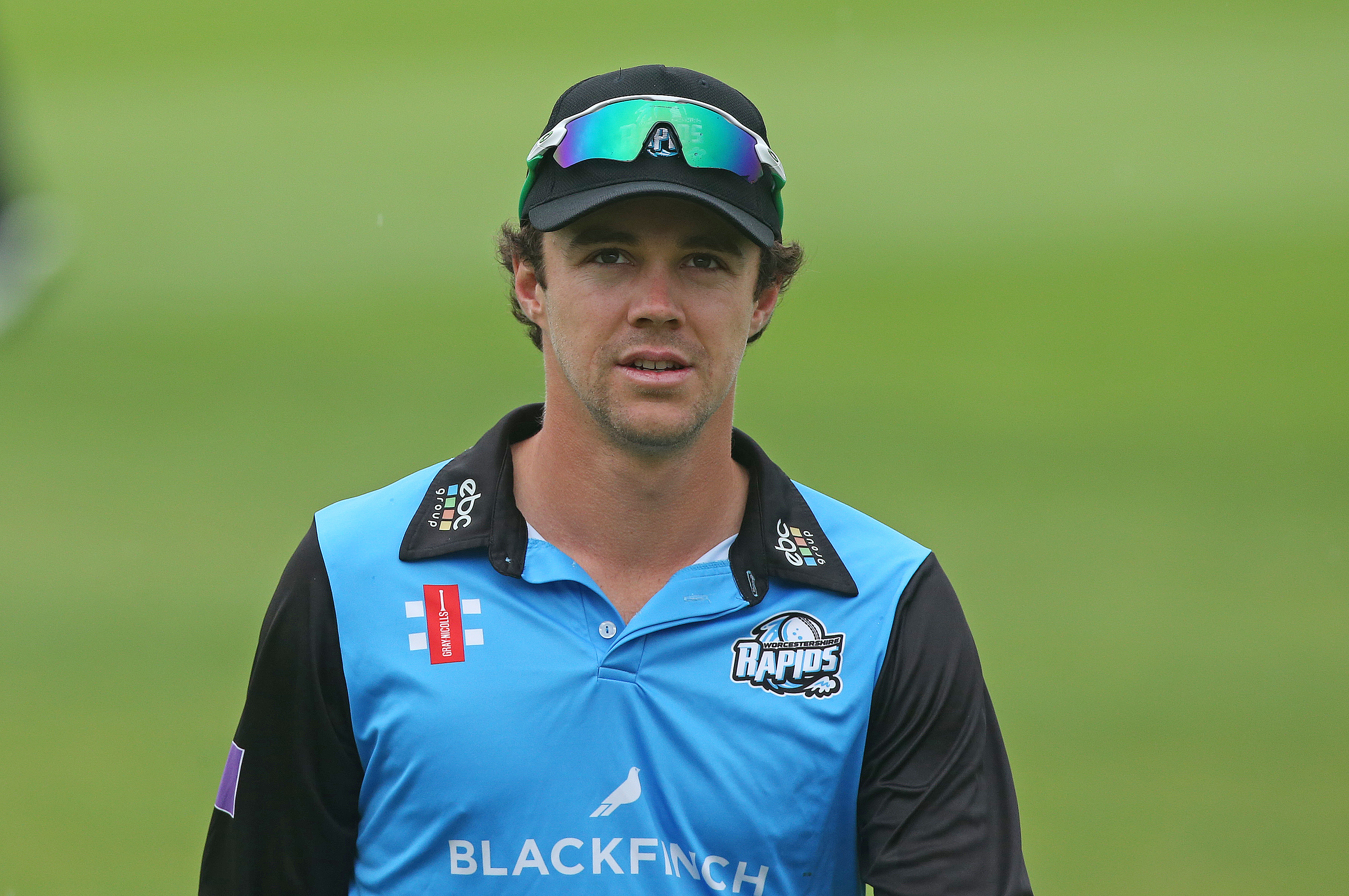 Travis Head is currently enjoying a short break at home in Adelaide recharging his batteries after his summer with Worcestershire ahead of Australia A’s tour of India.

The left hander showed his undoubted class in his time at Blackfinch New Road although by his own admission he was disappointed not to turn some promising starts into bigger totals.

Travis Head: “It’s been a very enjoyable time. I’ve loved my time here. I’ve got everything out of it that I would have liked.

“I would have liked to have contributed a little but more than I have but personally from the view of experiencing red ball cricket and learning a lot of things about my batting, I’ve thoroughly enjoyed it.

“I am looking forward to hopefully coming back in the future, going a bit better and winning a few more games of cricket.”
—
Question: The early season conditions were very challenging for batsmen, a contrast to the recent conditions?

Travis Head: “It was difficult but I knew that was going to be the case when I came over. It didn’t surprise me in any way. It was a challenge but it was a good challenge and something I was ready for.

“I thought I adapted quite well and was able to get some scores but wasn’t able to go on and get real big scores which was the frustrating thing.

“But to be able to contribute on those sort of wickets which was pleasing.”
—
Question: Have you gone back home to Australia as a better all-round player?

Travis Head: “My defensive game, the way I was able to apply myself over the first five Championship games, helped not just my red ball cricket but also my white ball cricket and the ODI Series against England.

“Even though I wasted a few starts, I got three fifties in a row and wasn’t able to get a big score, the way I was starting my innings and the way I was training….I guess my basic skills, I feel they have got stronger.

“I felt more consistent in that part of my game, with white ball and red ball cricket, the tempo of the game I can play.”
—
Question: Playing in April in England can be a rude awakening!

Travis Head: “It’s cold! It was quite wet but it was a fantastic challenge. I hadn’t seen it quite like that. There were a lot of teams around the country in similar positions.

“It was an even playing field and I think you show your class if you can get runs in those conditions and then back it up be being consistent until the second part of the season when the sun comes out and the wickets are more batsman-friendly.
—
Question: You must be impressed with how Worcestershire have done in white ball cricket?

Travis Head: “It is a very exciting white ball team. I knew that when I came over and also in the red ball stuff, we have been there or thereabouts.

“Results haven’t shown how close we have been in some games. In the first batch of games, we were very close to getting a couple of results.

“We just didn’t quite have that finishing touch which the more experienced Division One teams have. I guessed we missed that killer instinct at the start of the season.

“But that has definitely come to the fore now and you saw it in the four-day match against Lancashire, and the one-day games I’ve played.

“We’ve definitely got it in the locker and momentum is a great thing. White ball cricket, we’ve been playing particularly well and hopefully the boys can take that into the rest of the T20 but also the Championship, to get a few wins and get to the middle of the table.”
—
Question: How do you find the grind of an English county season?

Travis Head: “I enjoyed it. It’s another challenge but playing as much cricket as you can is the best way of learning.

“It’s been a busy winter (summer in England). I’m not going to lie. I’m looking forward to a few days at home and recharging for India with the A team and a camp in Brisbane.

“But it’s something I’ve been used to with playing at home and international cricket. It’s a bit different being on a bus (coach) going around the country rather than on a plane in Australia going from city to city. I enjoyed that side of things.”
—
Question: Did you sense the comradeship amongst the players?

Travis Head: “It’s good. They are very close. I’ve sensed that when I’ve been here (as a player) before, how tight knit they were.

“That makes cricket more enjoyable and when you are on the road so much, if you can get along with the boys in the dressing room, it makes it even better.

“There is a really good vibe and culture around the group and the whole summer has been a great learning experience for me.”
—
Question: Will the experience of this summer help you if selected for the 2019 World Cup in England?

Travis Head: “I hope so. I had a tour against England, played in the Champions Trophy last year, the ODIs this summer, a bit of time with Yorkshire and this summer with Worcestershire.

“Hopefully it will hold me in good stead and if an opportunity comes 12 months down the track in the World Cup, I will be able to come back over and know the things I have to do well and work on.”