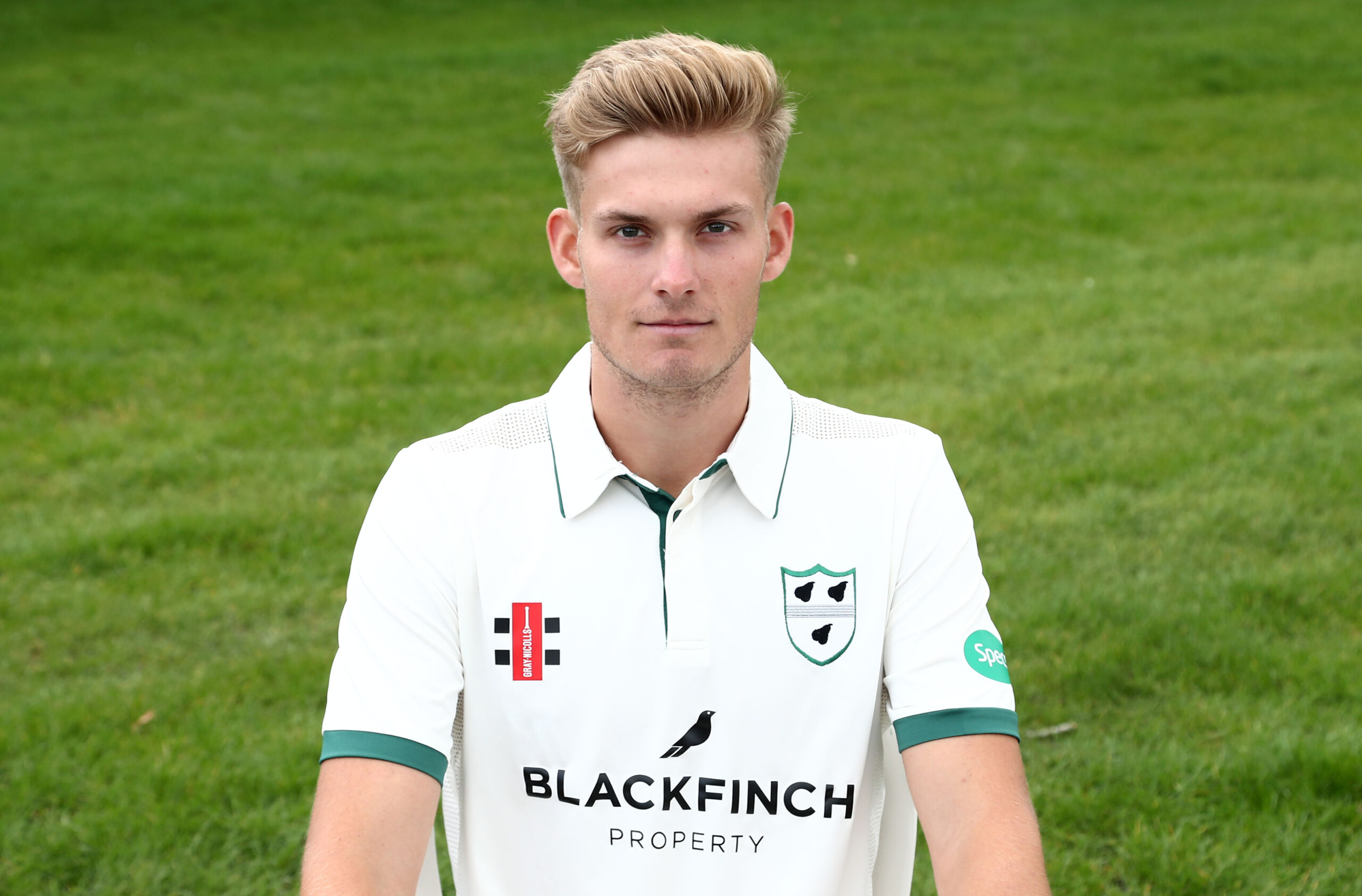 Adam Finch is determined to “carry on learning” after making his first team debut for Worcestershire CCC this week.

The England Under-19 paceman found out in a Sunday morning phone call from Bowling Coach-Assistant Coach Alan Richardson that he would be playing in the Specsavers County Championship match with Lancashire at Blackfinch New Road.

It was a proud moment for Wordsley born Finch when he received his cap – number 518 – from Academy Coach Elliot Wilson whom he cites as a big influence on his career and as a person.

But Finch was then also delighted to be able to soak up information from being in the company of First Team Coach Alex Gidman, Richardson and from being part of the first team dressing room.

Finch, speaking at the end of a washed out day two, said: “I’m really pleased. You work hard in the winter and whilst you are playing to get the opportunity and I’m really glad to get a chance.

“When did I find out? It would have been Sunday morning. I got a call from Alan Richardson.

“I hadn’t played club cricket on Saturday and he said ‘you will be nice and rested to play on Monday’ and I thought he was on about going down to Northampton (with the Seconds).

“But then he said ‘no, you are going to be with us at (Blackfinch) New Road and I was kind of speechless and didn’t know what to say. I was just really grateful to get the opportunity.

“Having my cap presented by Elliot (Wilson) was really special. Elliot has been so influential in my whole cricketing life.

“I’ve worked with him since I was about 15 on the pathway and then onto the Academy. He has been such an influential figure in my cricket and who I am as a person.”

Finch has made big strides forward in his development in recent years.

He said: “It has happened really quickly and I’m really appreciative of that fact. You get to learn a lot of information and get to take that information on board.

“Just in these past two days, been in and around the lads, I’ve learnt so much.

“Having the chance to learn off the first team boys and people like Richo and Giddo (Alex Gidman) is incredible to soak up as much information as you can.

“It would be a mistake to shun any information you are given. Obviously you have a good filter system, and know what is right for you, but everyone has got something you can learn from.

“Everyone has experienced something in their time playing cricket and it would be wrong not to take advantage of that and a real simple thing to get right.”

Wilson spoke with Finch after presenting his cap and has urged the paceman to look upon his breakthrough as only the first step.

Finch said: “I thought those were brilliant words. That’s exactly how I look at it.

“Hopefully it’s the first step in a nice career, just trying to doing exactly the same things I’ve done to get me here and stay relaxed and enjoy every moment I get to play at Blackfinch New Road.”