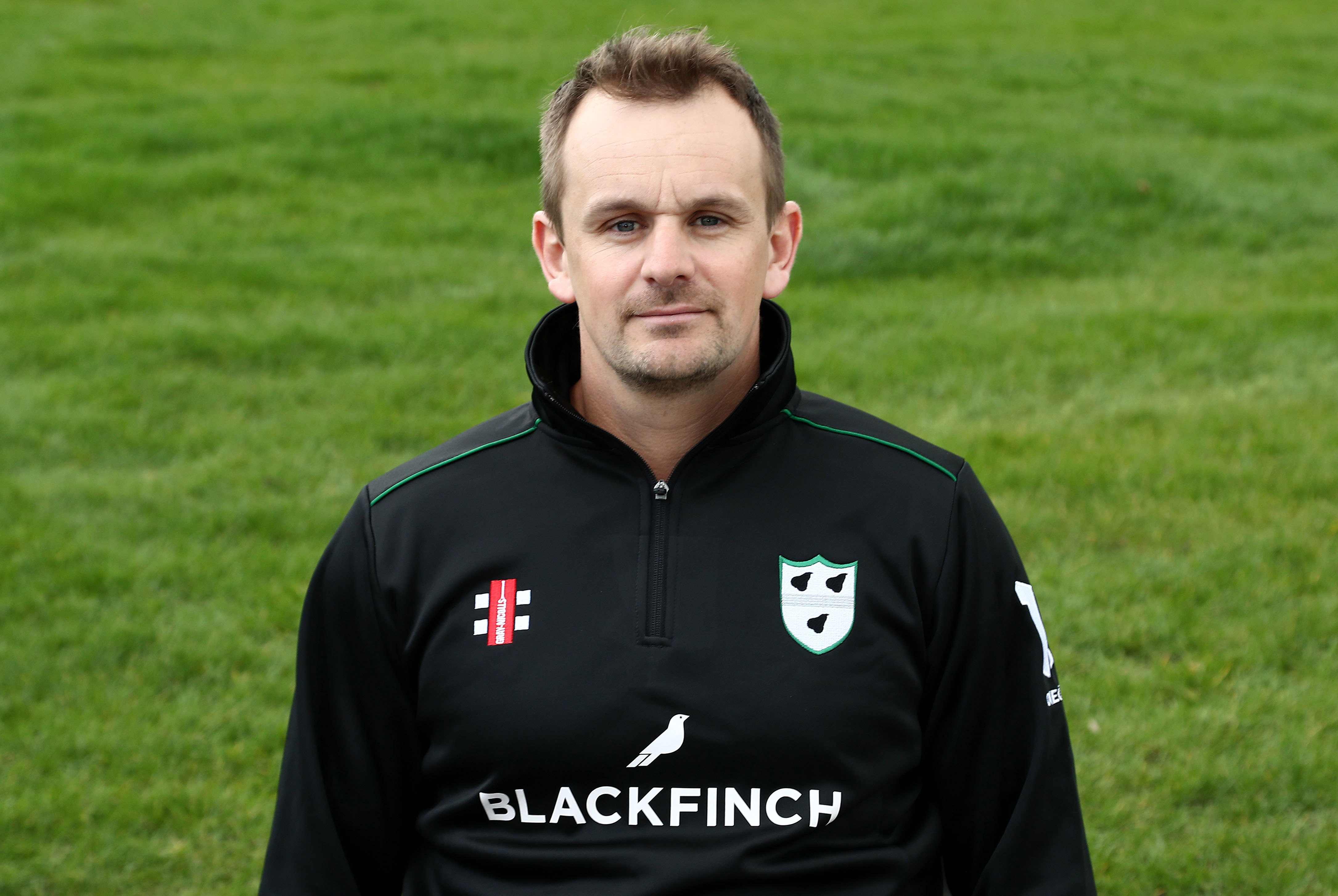 The curtain has come down on another cricket season and for Worcestershire CCC there is plenty to reflect on with pride as winter looms on the horizon.

The County were once again a major force to be reckoned with in white ball cricket, reaching the quarter-finals of the Royal London One-Day Cup and coming within one delivery of retaining the Vitality Blast title.

In contrast, the Specsavers County Championship provided plenty of challenges and a recognition that improvements will be needed to manoeuvre into a position to challenge for promotion.

Here First Team Coach Alex Gidman looks back on his first full season in charge in the first of a two part interview with the Worcestershire CCC website.
—

Question: How have you found your first full year as First Team Coach?

Alex Gidman: “Ultimately I am really proud to have the position and I have enjoyed it immensely. I love this club, I really do. It’s an amazing club to be involved with, amazing people all round, amazing supporters and members. I feel very lucky to be in this position.

“It obviously comes with pressures and expectations, but I’ve had those for 20 years! We’ve done extremely well in some areas, and not so well in others. In general I have really enjoyed it, but fully aware of where we need to try and take it.”
—
Question: Does the role take it out of you over six months, being responsible for a whole squad rather than predominantly yourself when a player?

Alex Gidman: “My shoulder is a bit sore from all the throwing and flicking (of the balls to batsmen in practice)! But obviously its more of a mental fatigue. Look, it’s a professional sport and there are more pressures than when I was playing, for both coaches and players, the game has changed a lot’’

“As a coach, I don’t think about myself. I think about every player and how we can try and make them better, and how we can help them, and I know Alan (Richardson) is the same so from that point of view it is tiring, but it is an enjoyable tiring. I’m kind of used it.

“But I’ve always enjoyed the physical and metal fatigue of the sport. It’s a challenge, a good battle, and you quickly forget the challenges and the bad times. They don’t last very long.

“Ultimately, you always wake up feeling fortunate to be in the sport and being involved with such a great club.”
—
Question: Looking back, presumably the red ball part of the season was the frustrating part for you?

Alex Gidman: “It was one of those where we all feel how close it was to being a successful season. We are not a poor team, we played poorly in a couple of games and we got beaten fair and square but that’s likely to happen.

“I think where the lads and I feel probably frustrated is those two or three games where we had real good opportunities to win and we let those slip.

“It doesn’t mean we would have got promoted but things would have looked different. We have got to take it on the chin and try and learn from it and try and make sure those mistakes again don’t happen again.”
—
Question: Presumably you are talking about Sussex and Derbyshire at Kidderminster and Gloucestershire at Cheltenham in a mid season block?

Alex Gidman: “Sussex at Kidderminster was a great opportunity. We didn’t finish the tail off when we had a good chance to win. Against Gloucestershire we fought really hard to get ourselves into a position to win and we let that slip too.

“I think in between the two, in the Derbyshire game at Kidderminster, when you bowl a team out for a hundred, you quite rightly expect to have some form of lead and we didn’t and that ultimately cost us in that game as well.

“Had a couple of those results been different, the whole season could have been different but we have to accept we didn’t. We have already talked about what we didn’t do in those particular instances and we will continue to refer to those over the next few months in terms of the learning.

“We will try and make sure we are in a better place to handle those situations differently next year.”
—
Question: The top five in the order didn’t have much consistency but, if you look around the country, very few batsman this year have got many runs.

Alex Gidman: “It’s been tough from a batting point of view. You’ve only got to look at England who have struggled so it’s not just Worcestershire who have found it hard.

“We have played on some challenging wickets against some very accurate bowlers but that’s the game. Very few bowlers try and swing the ball now, it’’s all seam, and if you play on wickets that are conducive to seam then its clearly going to be very hard work. However, we will look at how we can practice and prepare for those kind of attacks and those kind of wickets.

“The batsmen have tried their hardest. We’ve given opportunities to younger players, who haven’t taken those opportunities, and we couldn’t have done much more from a preparation point of view and opportunities.

“It hasn’t quite worked for that group of batters. However, I have every faith and trust in them that next year could be completely different. That’s how quickly the game can change. It didn’t change quickly enough for us over these six months but there is no reason why in another six months time our numbers will look completely different.”
—
Question: The bowling side appears to have been pretty good apart from little sessions like the first afternoon at Cheltenham?

Alex Gidman: “Exactly right. We just had those moments in games where we didn’t maintain what we had done really, really well and that’s where we haven’t improved as quickly as we would have liked.

“We talked about what to do and we didn’t quite get it right the next time it happened.

“In general, the bowling has been consistent apart from those hours or sessions of play. However, we have learnt the hard way that those bad sessions or hours can have a significant impact on the outcome of the match.

“Our younger bowlers have had a huge amount of exposure which is really important. My worse case scenario this year has been that some of our younger players have had some really good exposure to first class cricket and that’s not the end of the world if that is what’s happened

“There have always been positives from the batting and bowling when it hasn’t gone right and that has always been the stand-out positive, that we’ve got young players playing and learning their trade.”
—
Question: Adam Finch, Dillon Pennington, Jack Haynes, Josh Dell have had quite a bit of experience?

Alex Gidman: “Absolutely. I’d add Milts (Alex Milton) to list as well as having another crack at it. That’s a huge positive, isn’t it?

“They’ve all spoken very honestly about what they’ve learnt this year and I’m looking forward to watching them evolve over the next few years, particularly if we can learn as quickly as possible and start to put those learnings into action, then I think they will be alright.”
—
Question: You never set any targets pre-season. You always said how tough that Division Two was and that was borne out?

Alex Gidman: ‘From my point of view, as a coach, it is really important you have some clear objectives but at the same time you don’t charge in like a bull in a china shop. It’s about the players creating their own journey. I can have as many goals as I want but if the players don’t believe in it then it will never work. This isn’t about what I achieve, its the what the players achieve.

“This game takes time to learn and to observe and to figure things out. I’ve tried my very best to learn about every individual from a red ball perspective.

“We’ve given different opportunities to try and learn about where we are at and whose capable of what and I’ve certainly done that.

“I feel in a lot better place to attack next season knowing what we are capable of and what we can try and do in between now and then to improve and to see those players performing in the way I know they can do.”

*Read Alex Gidman’s assessment of Worcestershire’s white ball season in part two of the Q and A session during the next few days.