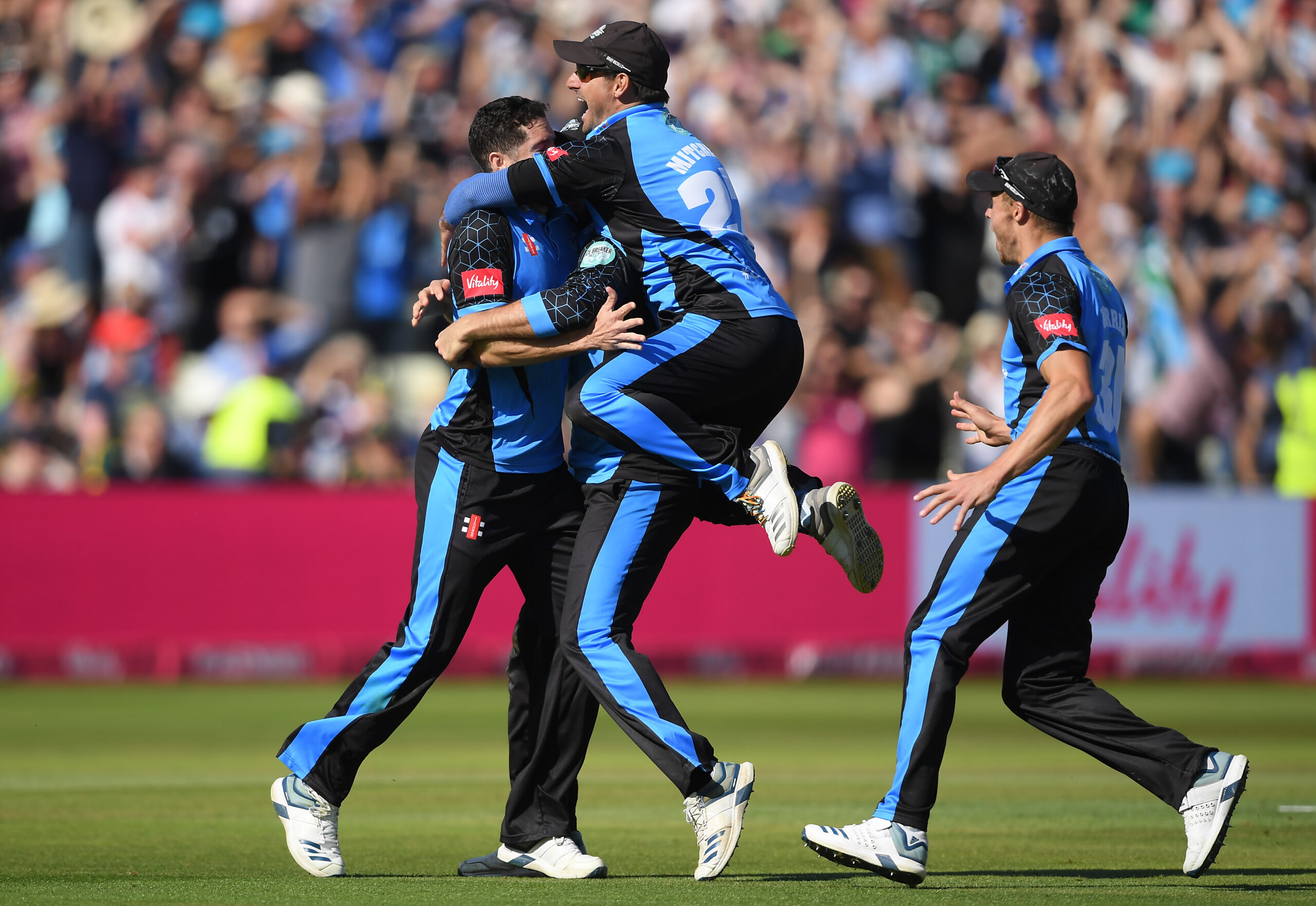 Alex Gidman praised an “amazing effort” by Worcestershire Rapids to pull another game out of the fire as they defeated Notts Outlaws by one run in the Vitality Blast semi-final at Edgbaston.

Notts had looked on course for victory after reaching 83-1 at the half-way stage in reply to the Rapids147-9 in which Ross Whiteley (36) and Riki Wessels (34) were the main contributors.

But the Rapids bowlers gradually pulled the scoring rate back, with Moeen Ali (1-13) and Pat Brown (2-21) outstanding, and then Wayne Parnell kept his nerve in the final over.

It was similar to the heroics at Durham in the group stages in rescuing a game which looked beyond the Rapids.

First Team Coach Gidman said: “We had a game at Durham a couple of months ago which was equally bizarre to be honest. An amazing effort, an amazing game of cricket.

“There are so many ways that T20 entertains us and that last couple of overs was pretty special from ourselves to stay in the game as long as possible.

“But in terms of games, that was right up there. It topped the Durham which, up until now, was the most bizarre game I’ve ever seen.

“You just try and hang in the game for as long as possible which is something we talked about doing with the group all the time.

“One of the things Mo (Moeen Ali) talked about at the beginning of the day was to do the basics as well as we can, try and do the basics better than the opposition, and something we should be proud of.”

As regards the last over, Gidman said: “Something takes a bit of punishment generally, and Wayne did today, but once you get down to those crunch moments I don’t think it is that relevant what has happened before.

“It is about trusting who is right for that particular over and it was the right call.”

Worcestershire also became the first side not to concede an extra in an innings in the competition this season.