Debutant Ravichandran Ashwin witnessed Brett D’Oliveira celebrating his new Worcestershire contract with a top-score of 93 on the opening day of the Specsavers County Championship clash with Gloucestershire at sun-soaked New Road. 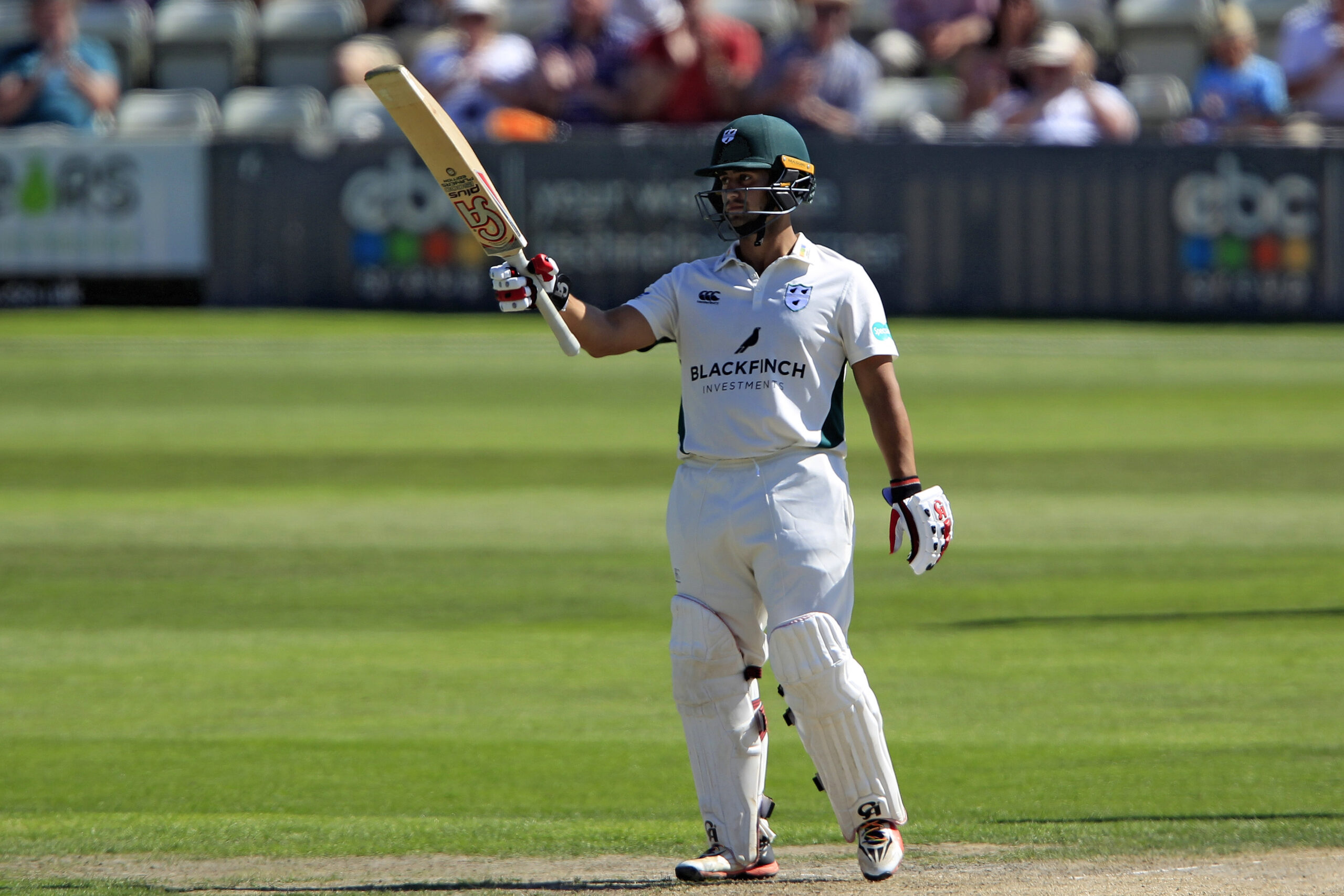 Indian star all-rounder Ashwin has started a four-game spell at New Road and he looked full of class in making 36 in the middle order.

But the main innings of the day came from D’Oliveira who, along with Ed Barnard, has committed his long term future to the County with new deals (see separate story).

The 25-year-old fell just short of his third Championship hundred of the campaign but his efforts were a key component in Worcestershire totalling 338-7 from 98 overs on a used pitch.

But there were useful contributions all down the batting order from the likes of Tom Fell, Joe Clarke, George Rhodes, Ben Cox and Barnard.

Gloucestershire opted for a toss but lost out as home skipper Joe Leach decided to bat first.

Paceman Liam Norwell struck an early blow as Daryl Mitchell (6) went for a drive and Cameron Bancroft held onto a low chance at first slip.

But he then dislocated the little finger on his bowling hand fielding a return shot from Fell and went for a hospital x-ray and did not return to the attack until after tea when the second new ball was taken.

Spin was introduced as early as the 13th over via Tom Smith.

Fell looked in good form during a stand of 72 in 26 overs with D’Oliveira and made 38 before he was lbw to Smith.

D’Oliveira was not afraid to use his feet and lofted Jack Taylor for a straight six and repeated the stroke against Smith.

Clarke reeled off a series of exquisite drives in making 32 before a flick off his legs from Kieran Noema-Barnett ended up in the hands of short mid wicket.

Smith enjoyed a second success as Rhodes (19) played back and nicked to George Hankins at first slip.

Will Tavare had initially got a hand to the ball at second slip.

Ashwin was warmly applauded on his way to the wicket and looked full of composure and class and it soon became evident why he often bats in India’s top six.

He made 36 off 50 balls with a six and four fours before being undone by a ball of extra bounce with the second new ball from Norwell which was edged to Chris Dent at second slip.

But keeper Ben Cox and Barnard ensured Worcestershire remained on top during a partnership of 86 off 15 overs.

Cox pulled Norwell for his ninth four to complete a half-century off 71 balls which followed on from his career best 124 against Gloucestershire at Cheltenham next month.

Barnard also reeled off a series of fluent strokes in making 46 from 49 balls with nine fours before he was run out shortly before the close of play.