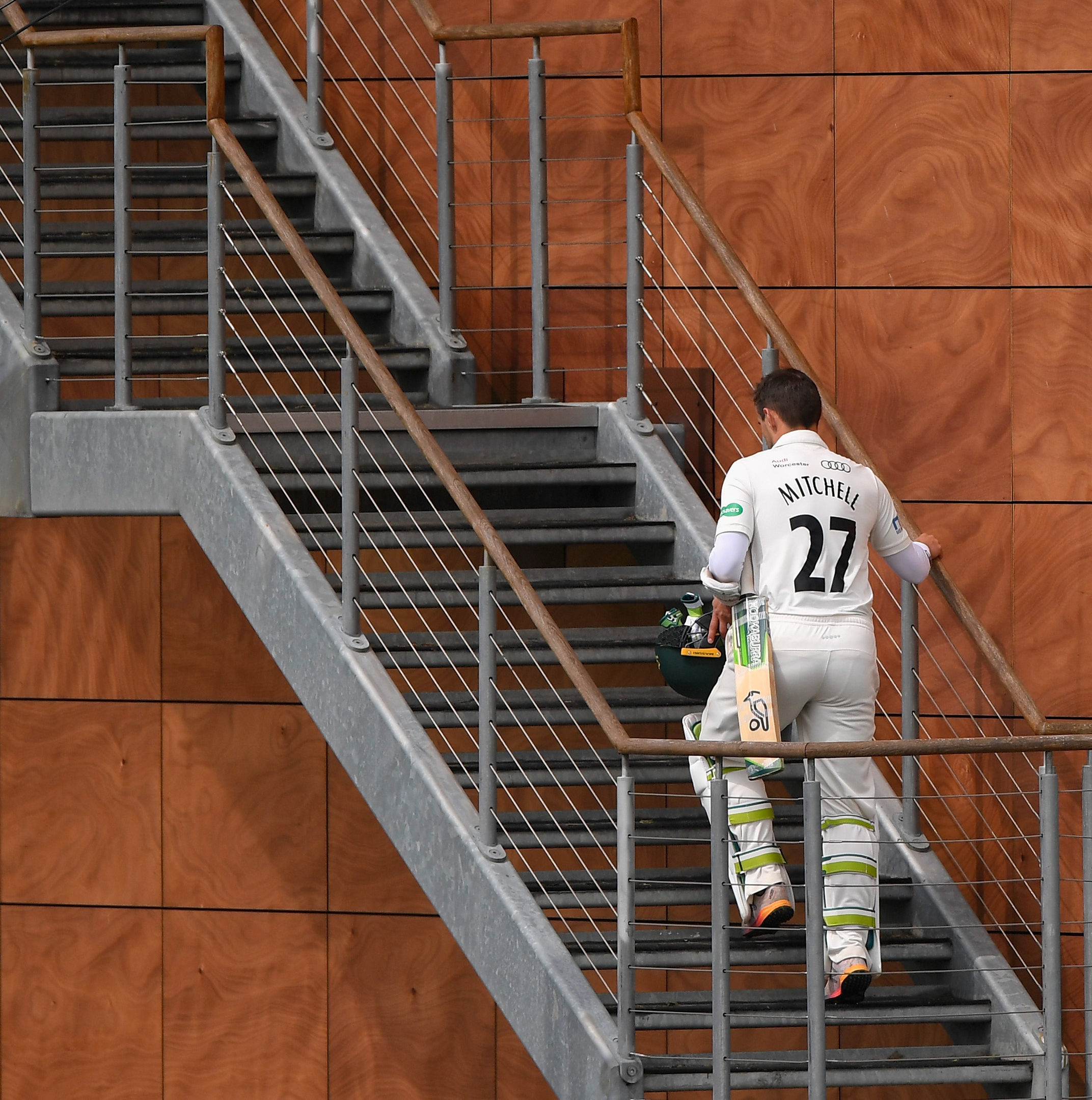 Worcestershire bowled out Lancashire for 130 on the second morning of the Specsavers County Championship match at Blackfinch New Road to earn a first innings lead of 117 with Barnard finishing with 5-34 from 16 overs.

Then Mitchell, with his second hundred of the game, and Guptill – with a century on his Championship debut for the County – plundered 215 off just 33 overs.

Guptill raced to a 97 ball century with four sixes and 10 fours before he was eventually trapped lbw by Tom Bailey for 111.

Mitchell was again in excellent touch and went to his ton from 111 balls with 15 boundaries.

It was the fourth time he had completed two hundreds in a game and, when he reached 119, he passed 12,000 first class runs in his career.

Remarkably, all five of Barnard’s victims were dismissed for ducks and his efforts helped earn Worcestershire a first innings lead of 117.

Barnard has registered three five-fors in his career – and all of them have come this season for the former England Under-19 player.

Magoffin made the first breakthrough of the day as Lancashire skipper-keeper Dane Vilas (3) was leg before after offering no shot.

Barnard then completed his nap hand as Jordan Clark (0) departed lbw when trying to work the ball on the leg side.

But on 55 he became the third lbw victim of the morning, this time to Magoffin.

Morris replaced Magoffin after an excellent morning spell of 7-0-27-2 and wrapped up the innings in successive balls in his first over.

Tom Bailey (8) was caught at mid wicket by Joe Clarke and then last man Graham Onions (0) was bowled.

When Worcestershire batted again, Guptill and Mitchell scored freely from the first ball and in 10 overs before lunch raced to 57-0.

The duo continued in the same vein after the interval with Mitchell first to his 50 off 51 balls with nine boundaries.

Guptill followed him shortly afterwards – from 63 deliveries with one six and eight fours.

The New Zealand star then cut loose and needed only another 34 balls to go to three figures with four sixes and 10 fours.

He was the first Worcestershire player to score a Championship ton on his debut since Phil Jaques at The Oval in 2006.