Ed Barnard hit the first half century of the game and, with sterling support from Ben Cox and Joe Leach, earned Worcestershire a first innings lead of 50 in the Specsavers County Championship promotion battle with Nottinghamshire at Trent Bridge. 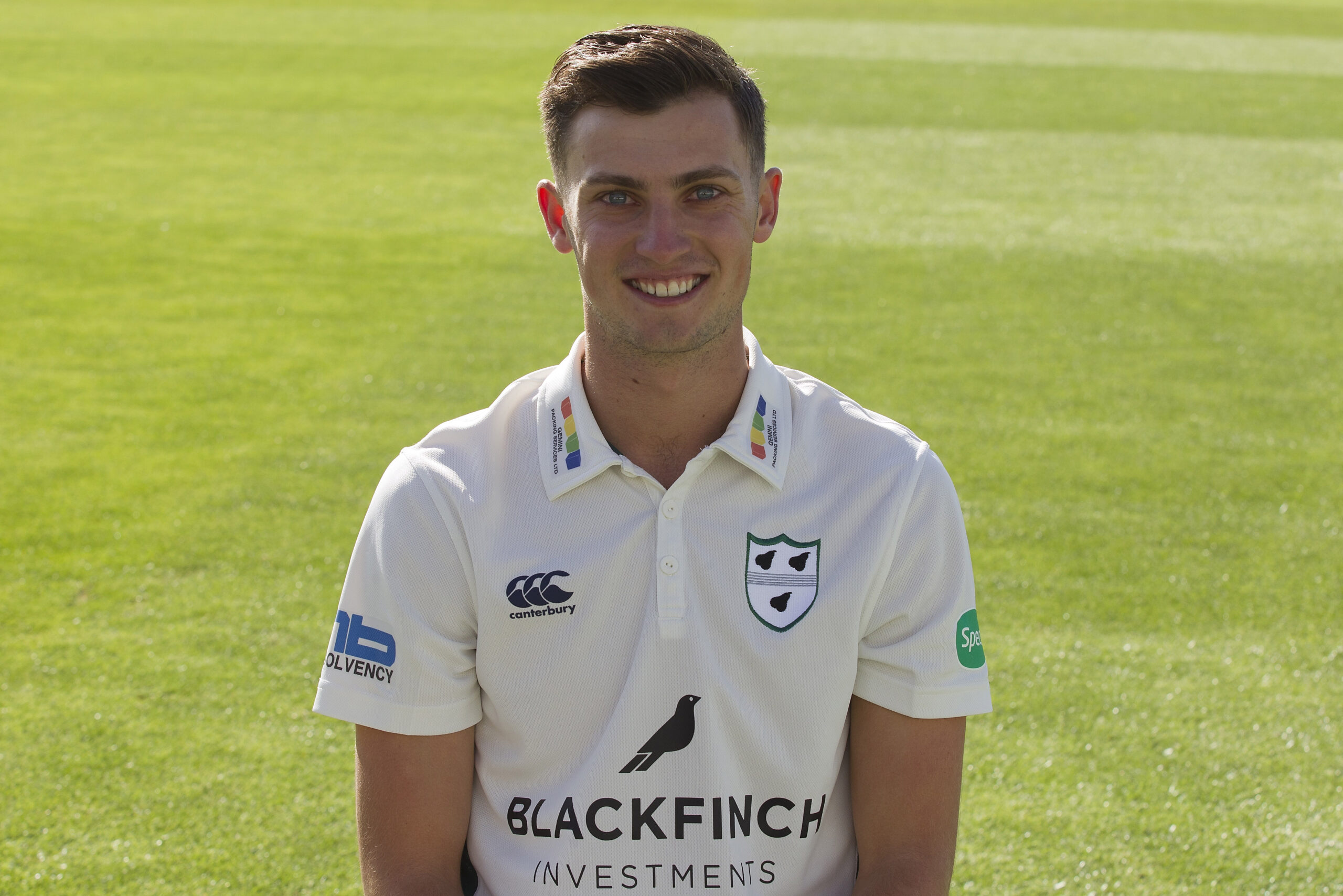 Then Leach and Josh Tongue reduced Nottinghamshire to 138-5 by the close – a lead of 88.

Barnard came to the wicket with Worcestershire 89-6 despite a determined 32 from stand-in opener George Rhodes in reply to Nottinghamshire’s 193 all out.

The all-rounder followed up his four first innings wickets by making 55 off 72 balls with eight boundaries.

It was Barnard’s fourth half century of the campaign in Championship cricket.

The 21-year-old featured in stands of 75 in 12 overs with Cox (47) and 57 off 10 overs with Leach (28) as the County’s ultra aggressive approach in the post lunch session paid dividends.

Then Jack Shantry rounded off the innings with a flurry of boundaries before Worcestershire were bowled out for 243.

Nottinghamshire resumed on 188-9 and added only five more runs before Leach had Jake Ball (5) caught at first slip by Rhodes.

Worcestershire openers Daryl Mitchell and Rhodes, deputising for Brett D’Oliveira who had a slight shoulder aggravation, put on 38 but then the wickets began to tumble.

Mitchell (23) was caught behind off Brett Hutton and Tom Fell (5) and Joe Clarke (0) fell in successive balls from Steven Mullaney.

Fell provided Read with a second catch and Clarke’s off stump was knocked out to leave Worcestershire on 55-3.

D’Oliveira (1) came in at number five and nicked Hutton through to third slip.

Ravochandran Ashwin smashed Mullaney over extra cover for six as Worcestershire reached lunch on 84-4 with Rhodes making a defiant and composed 32.

He departed in the first over after the resumption as Read picked up another victim off Jake Ball who in his next over had Ashwin (19) taken at first slip.

Barnard and Cox then joined forces and the latter set the initial tone with some aggressive stroke-play.

He collected three fours in an over from Ball and pulled Harry Gurney over mid wicket for six.

Barnard also scored freely and Cox had made made 47 off 43 balls – with 42 in boundaries – when he was pouched by Wessels at first slip off Hutton.

Leach also went on the attack and Barnard went to his 50 off 58 deliveries with eight boundaries out of 207-7.

He was eventually lbw to Mullaney and Leach was caught off a skier at mid wicket against Ball.

But Shantry smashed a quickfire 20 before being bowled by Mullaney on the stroke of tea after an afternoon session which had yielded 159 runs and six wickets.

Worcestershire made quick inroads when Nottinghamshire began their second innings in reducing them to 25-3 inside the first six overs.

Mullaney was fortunate when a leading edge from Leach looped back over the bowler’s head.

But he perished to the next ball for five as Cox took a sharp low catch.

Leach enjoyed another success in his next over with the prized wicket of Cheteshwar Pujara (4) who was lbw.

Then Josh Tongue accounted for Samit Patel (9) who clipped the ball off his legs straight into the hands of Ashwin.

It became 43-4 as Clarke reacted sharply to take a sharp catch at third slip as Leach induced an edge from Alex Hales (12).

Riki Wessels survived a confident first ball lbw shout against Leach and went onto add 95 with Jake Libby for the fifth wicket.

But in the penultimate over, Tongue broke the stand as Wessels (60) was caught by Rhodes at first slip to leave Libby undefeated on 42.

Director Of Cricket Steve Rhodes told BBC Hereford-Worcester’s Dave Bradley: “The people that have come along have been well-entertained and it’s a very interesting game unfolding.

“It’s been a tough match in the sense that it has been difficult to score runs on the pitch – but, having said that, runs have been scored.

“Tomorrow looks like being a very interesting day. We do need to pick up the wickets of the likes of (Brendon) Taylor, and obviously Jake Libby is well set, and the evergreen Chris Read.

“We’ve still got wickets to take so we aren’t taking anything for granted and then we’ve got to bat well to try and win the game.”

Rhodes added: “The lower order got us out of a hole. We were 90-6 and Notts had the upper hand.

“But Barny (Ed Barnard) played an incredibly good knock and Coxy (Ben Cox) and Joe (Leach) chimed in so it has been a crucial back-end again and something we plan to do.

“George (Rhodes) played really well today in trying to get us to a certain stage to get that ball softer to make life a bit easier for those lads.

“A good team effort. We just need to take our chances tomorrow. I think we will get chances and, whatever we are chasing, let’s bat well.

“Notts are a class side. We very much respect them and if we are good enough to beat them, and we can beat them, then we are going to have to play really well.

“We’ve put ourselves in the shake-up and I’m sure a lot of people coming to watch the game expected a different sort of position after day two but there is still a lot of work to do.”