Batting Hero Clarke Says “Lads Standing Up And Making A Name For Themselves”
Thursday, August 9th, 2018 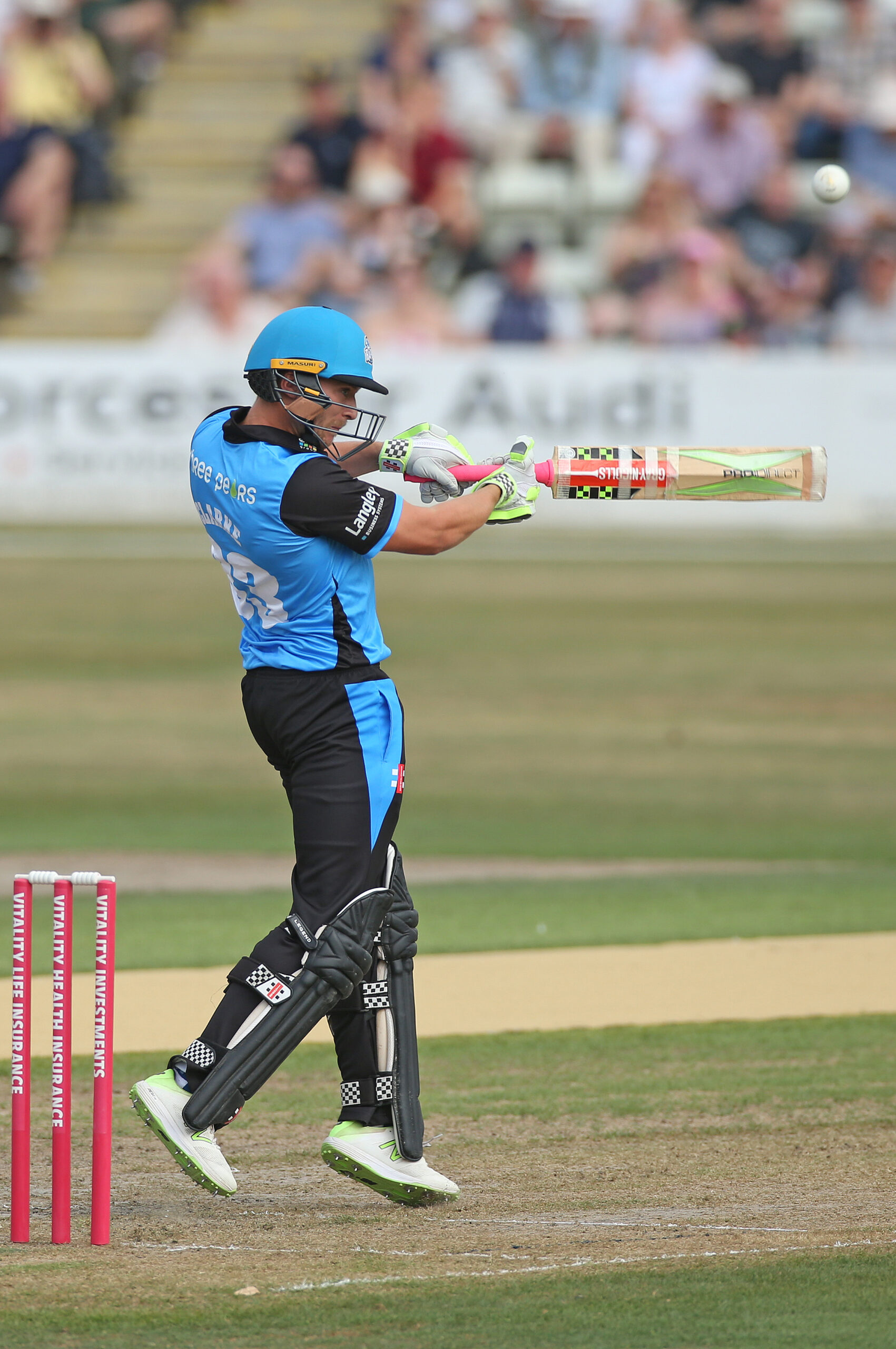 Worcestershire batting hero Joe Clarke praised the efforts of “lads who are standing up and making a name for themselves” as the Rapids moved to the verge of a Vitality Blast quarter-final spot.

Clarke top-scored with a splendid 76 out of the Rapids 137-8 against Derbyshire Falcons but said the performance of the bowlers was immense in securing a 16 run win at Blackfinch New Road.

Victory on a slowish pitch lifted the Rapids back into pole position in the North Group with an eighth win in 11 games.

Clarke said: “We are on a bit of a roll. People are standing up at the right times and we are just managing to get over the line.

“In previous years we’ve sort of faded away but this year we’ve got on a roll and fortunately the results are going our way.

“I think we probably would said our total was 20 runs short but the bowlers have just been excellent this year as well – lads standing up and putting in some really good performances and winning us games.

“We’ve just got lads who are standing up and making names for themselves. Pat Brown has really come to the party this year.

“He backs himself, backs his skills and he has got a bit about him and he has been an excellent bowler in this competition and that’s why he is in the top couple of wicket-takers.

“Pat has done a great job and so has everyone else. Wayne Parnell has come in and performed straight away and, as a bowling group, they will be happy with their efforts.”

As regards his own innings, Clarke said: “I rode my luck and managed to get a few (balls) away. We realised quite early on that it wasn’t a big-total sort of game and we looked at 160 at being a really good score.

“Once I got in and saw wickets were falling, I felt the responsibility of batting the majority of the overs.

“It was very tough to get going. I’ve got the best job in a way in that I get to face the ball when it is at its hardest at the start of the innings and that got me going a little bit.

“But for the lads coming in during the middle it was tough.

“They got it to reverse very early on – bowlers like Viljoen, Riaz and Ferguson with their pace and, if it is reversing, it is definitely tough to come in and score quickly.

“It was nice to get a score and contribute to a win.”