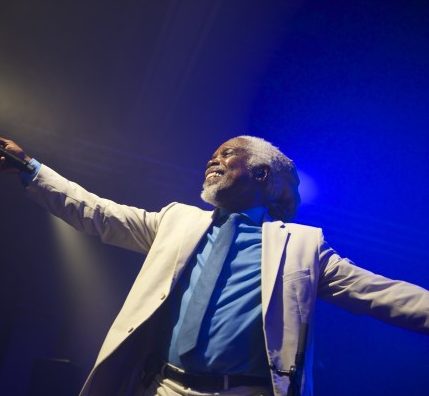 It’s only five days until the Concert Of Legends comes to New Road on Saturday, September 9 – and Billy Ocean is one of the big names on a star-studded bill.

He will be performing many of his hits which dominated the charts – first in the mid 1970s and then again in the 1980s.

Ocean, born Leslie Sebastian Charles in Fyzabad, Trinidad and Tobago, moved with his family to England at the age of 10.

He combined working as a tailor’s apprentice in Saville Row with singing in the London clubs and recorded his first single in 1971 before fronting a band called Scorched Earth.

But Ocean had switched jobs to a Ford assembly plant when ‘Love Really Hurts Without You’ made number two in 1976.

He quit his job and had further hits such as ‘L.O.D, Love On Delivery’ and ‘Red Light Spells Danger’ during his initial run of success.

But his greatest period was in the mid 1980s as ‘Caribbean Queen’, ‘Suddenly’, the number one ‘When The Going Gets Tough, The Tough Get Going’ and ‘Get Outta My Dreams, Get Into My Car’ were massive hits.

The albums ‘Suddenly’. ‘Love Zone’ and ‘Tear Down These Walls’ also made the top ten and Ocean appeared as part of the ‘Live Aid’ concert in the JK Stadium in Philadelphia.

Various compilation albums have kept Ocean’s name in the charts and he will be singing tracks from his 2016 release Here You Are: The Best Of Billy Ocean.

The concert gets underway at 12 noon and continues through to 11pm.

All tickets – plus hospitable packages – can be booked via the link on the Worcestershire CCC website.