BRETT “CHUFFED TO BITS” TO BE FIT FOR BLAST FINALE AT EDGBASTON
Saturday, September 21st, 2019 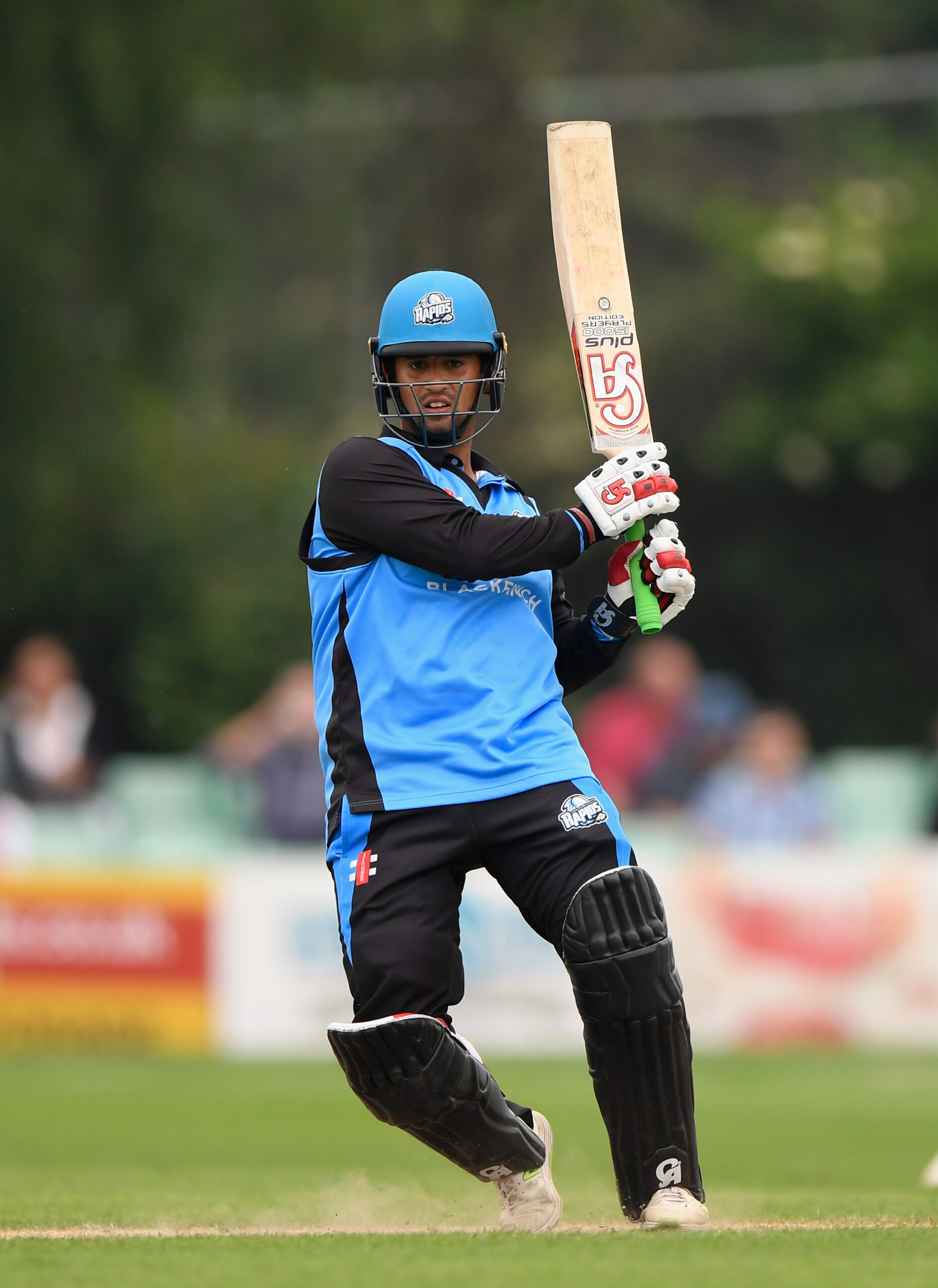 Brett D’Oliveira has won his battle to be back in contention for today’s Vitality Blast finals day as Worcestershire Rapids look to defend their title.

The all-rounder has been side-lined for six weeks since breaking a thumb blocking a return drive from Derbyshire batsman Leus du Plooy.

But the 27-year-old returned to Birmingham Premier League cricket with Ombersley last weekend and has been bowling and batting in the nets this week at Blackfinch New Road.

Here D’Oliveira looks back at last year’s Blast triumph, the challenges ahead today and his fight to be fit in a Question and Answer session.
—
Question: What it like to be back fit and available?

Brett D’Oliveira: “Absolutely chuffed to bits. The rehab has gone really well with my thumb – and thanks to Ben Davies and Ross Dewar for getting me back ready for finals day to be selected.

“Still waiting to hear on the team but it’s just nice to be around the lads and to try and defend the title would be great for us.

“We know our roles a little bit better in white ball cricket. That comes from success and winning games of cricket and winning the tournament last year. It was a great feeling last year.”
—
Question: First up are Notts Outlaws?

Brett D’Oliveira: “It’s knockout cricket so whoever wins goes through. Anyone can win. It takes one hero like we’ve seen already in the quarter-final with Moeen getting that big hundred at Sussex..

“That’s what Mo will probably ask of the lads, someone to stand up and be the hero on that day like we saw with Ben Cox last year.”
—
Question: “Is it hard not to dream of a place in the final again?

Brett D’Oliveira: “You always want to look to that final and picking up that trophy but you are in danger of looking too far ahead if you do that and we’ve got to concentrate on Notts.

“We know them quite well, we respect them, they are a great side with some fantastic players so it’s going to be a tough game.”
—
Question: How do you balance excitement with nerves?

Brett D’Oliveira: “I think it comes down to the individual. Someone like Moeen is so laidback he probably doesn’t think about it. He has played on those occasions millions of times.

“But for lads like myself and the other lads who are playing, it’s about just taking it in really and trying to enjoy the moment and don’t fear it, that’s the key, and be nice and confident.”
—
Question: There will be intense competition with yourself, Wayne Parnell and Hamish Rutherford back in contention?

Brett D’Oliveira: “You are always in a good place when there is competition for places and you can see that right through the depth of our squad, especially in one-day cricket.

“It’s about training hard for the next few days and just putting your hand up and hoping Moeen or Giddo sees something that means they want you to play.

“But until that moment, if you are not playing, you are just as important. You’ve played your part along the way.”
—
Question: How frustrating was your injury?

Brett D’Oliveira: “It’s part of the job. You dive for the ball, get one on the thumb and the next minute you get a scan and it’s broke.

“It’s just one of those things. It’s frustrating and I’m at the end of it now and just looking forward to playing some games of cricket.”
—
Question: Did you always think you would be ready for finals day?

Brett D’Oliveira: “I think it was touch and go. It was about six weeks until the fracture fully healed but it was taking it day by day under the watchful eye of Ben Davies.”
—
Question: What do you remember about last year’s final?

Brett D’Oliveira: “People ask me that. I can’t actually think of the scores, what we defended or what we chased. It is unreal.

“But I remember walking out onto the field and looking at the surroundings, that feeling when Coxy hit the winning runs.

“Those moments you try and hold onto especially leading into this game and building that confidence.”

“This year there are four teams desperate to win that trophy and we are desperate to try and defend it, play our best cricket so hopefully the results go our way.”
—
Question: As a leg spinner, you provide a different option in attack?

Brett D’Oliveira: “I think Mo likes the option of another spinner going away from the bat. Mo tends to go into the bat and Mitch tends to go in towards the right hander.

“Those fine margins can make a difference in T20 cricket.”