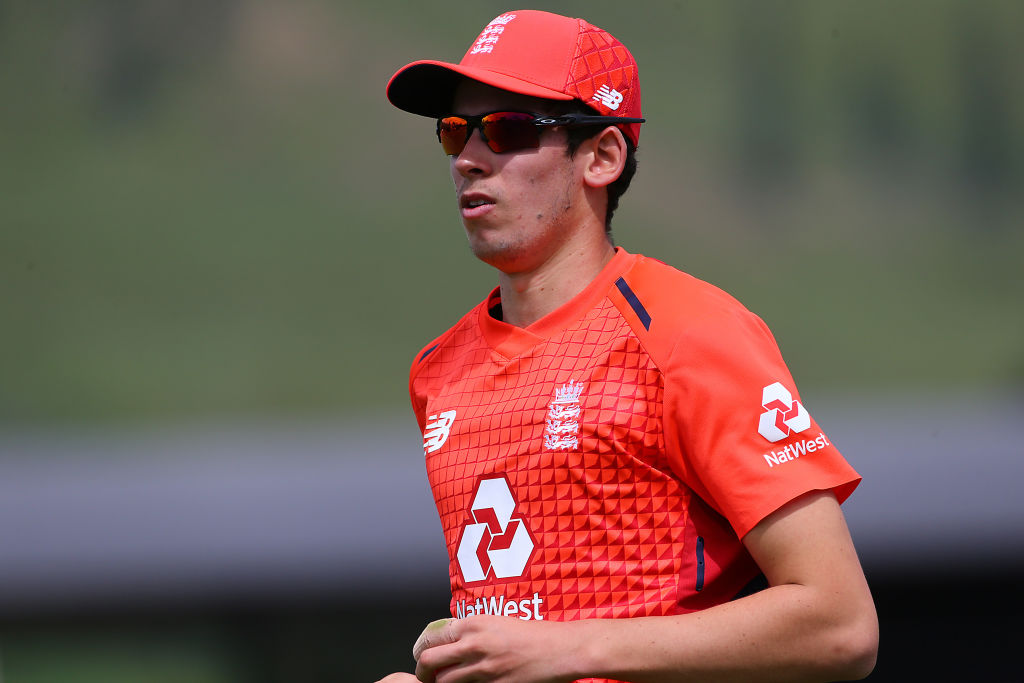 Pat Brown dismissed Worcestershire Rapids team-mate Martin Guptill as England went down by 14 runs to New Zealand in the third T20I in Nelson.

Brown bowled an impressive opening spell of two overs for nine runs during the initial six over powerplay.

He came into the attack for the fourth over and his fifth delivery accounted for Guptill who scored 33 off 17 balls during an opening stand of 40 with ex Rapids signing Colin Munro.

Brown delivered a knuckle ball and Guptill fell to a fine catch by Tom Curran running back from wide mid off.

It was Brown’s second international scalp and another big name after he dismissed Ross Taylor in the first T20I at Christchurch.

Brown returned to the attack for the 13th over which cost him 17 runs at a time when Colin de Grandhomme – 55 off 35 balls – was accelerating.

But he responded by conceding only eight runs in the 17th and finished with figures of 4-0-34-1 as New Zealand totalled 180-7 after electing to bat.

England looked to be on course for victory after fine contributions from new Yorkshire signing, Dawid Malan (55) and James Vince (49).

But after reaching 139-2 in the 15th over, England lost five wickets for 10 runs and were restricted to 166-7 with Brown not having an opportunity to bat.

England now trail 2-1 in the best of five series.