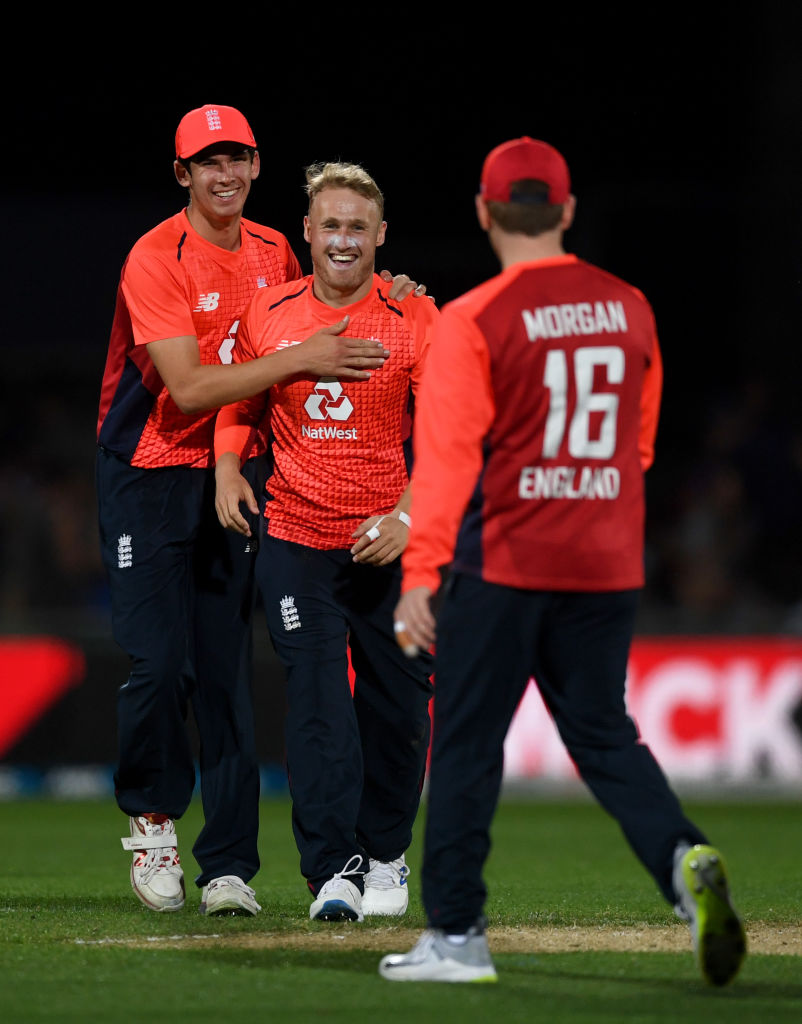 Pat Brown dismissed New Zealand batsman Ross Taylor for the second time in the T20I Series as England achieved a record-breaking 76 run win in Napier to level the series at 2-2.

The Worcestershire paceman had bowled two overs for nine runs during the powerplay in the third T20I but this time came into the attack for the eighth over.

He struck in his second over when Taylor was caught at deep mid wicket by Tom Banton for 14.

He returned for the 12th over and Tim Southee survived a difficult chance at mid on to Chris Jordan in an over costing 16 runs.

Leg spinner Matt Parkinson finished with 4-47 as the Black Caps were bowled out for 165 in 16.5 overs.

Earlier England had posted their highest ever T20I score after being put into bat.

But then the wickets started to tumble and the teams will fight out a decider in Auckland on Sunday.

*Worcestershire 2020 overseas signing Hamish Rutherford was dismissed for seven when playing for Otago on the opening day of the Plunket Shield match with Northern Districts at the University Oval, Dunedin.