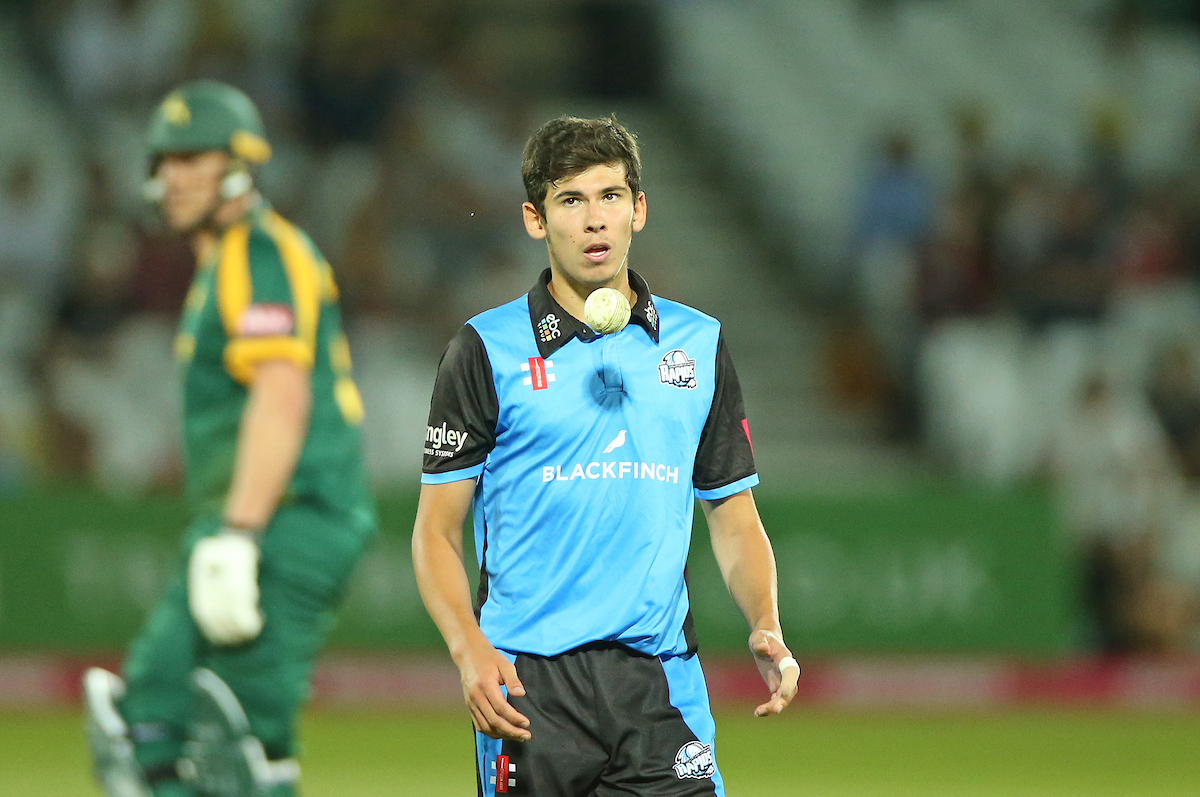 Pat Brown will join the band Worcestershire players to bowl in T20I-ODI (white ball) cricket for England if he makes his debut in the forthcoming T20I Series in New Zealand.

The paceman, who flew out with his new team-mates yesterday to prepare for the five games, will follow an illustrious list of names who have been part of the attack their country in T20-ODI cricket whilst playing for Worcestershire.

The legendary Basil D’Oliveira started the ball rolling after limited overs cricket was introduced in the 1960s, playing four ODIs in addition to his 44 Tests.

Next came a cluster of names from the great Worcestershire side of the late 1980s and early 1990s in star batsman-spinner Graeme Hick, who picked up 30 ODI wickets, Ian Botham, Graham Dilley, Richard Illingworth and Neal Radford.

Vikram Solanki played 51 ODIs for England and, although primarily a class batsman, did pick up one ODI wicket.

Kabir Ali, cousin of recently appointed Worcestershire Second Eleven Coach Kadeer Ali, and spinner Gareth Batty, who has just signed a new Surrey contract, represented the next wave of County players to make the step up.

Last but not least is Moeen Ali who to date has played 25 T20Is and 101 ODIs since making his England breakthrough in early 2014.

Other Worcestershire players to have represented England in white ball cricket include Norman Gifford and Simon Jones but they were playing for other counties at the time.

Incidentally, Pat Brown, who was born in Peterborough, is only the second Cambridgeshire born player to have played for Worcestershire.

The other was batsman Adam Seymour – born in Royston – who moved to Blackfinch New Road from Essex in the early 1990s.

*Thanks to Andrew Thomas, author of ‘Pears 150’ for the above information.