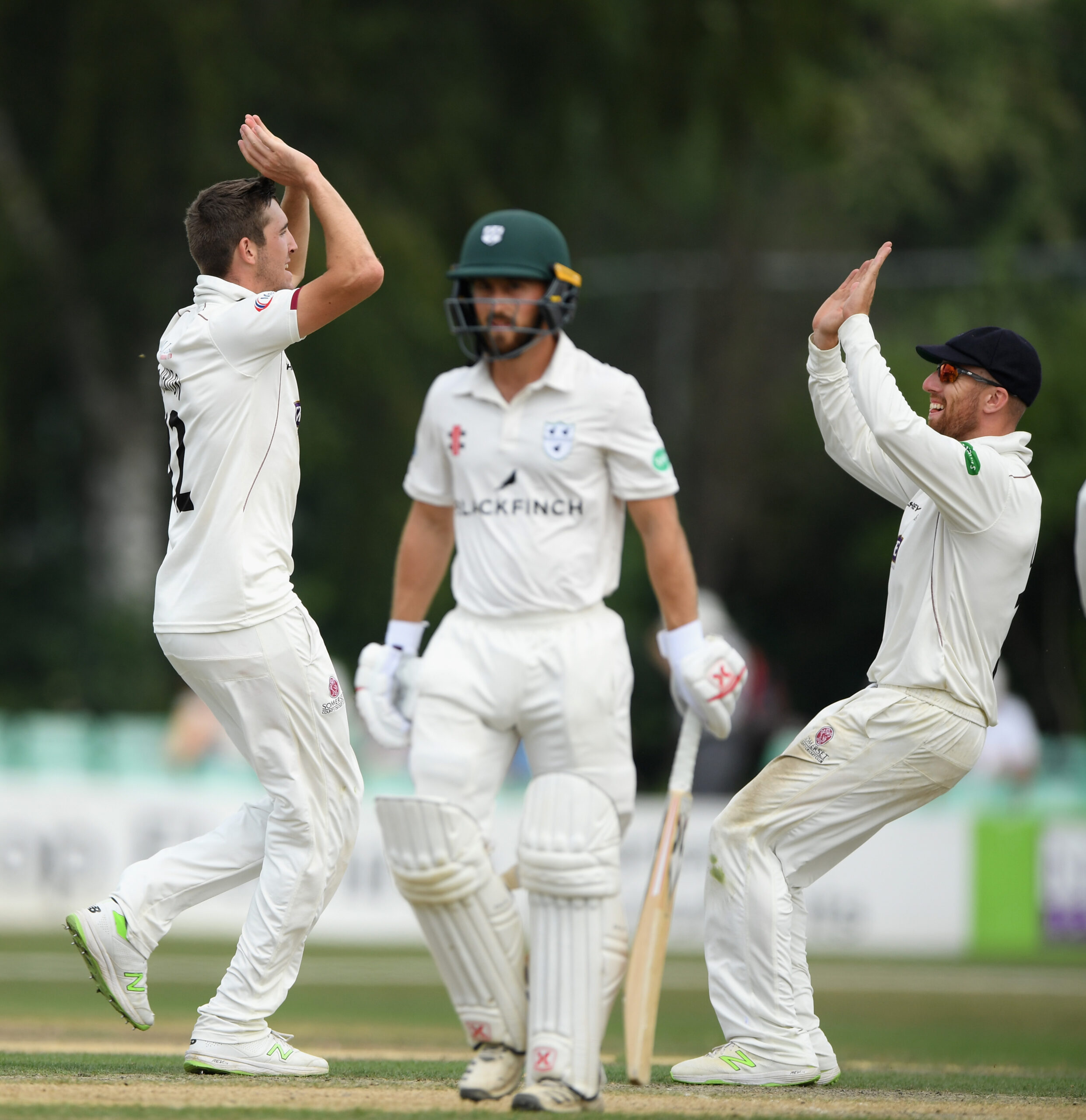 Milton had a first Championship appearance to remember as he reached three figures off 172 balls with a clip for four off his legs against Craig Overton.

It prompted a standing ovation all around the ground in recognition of a superb effort from the 22-year-old who came into the side in place of broken ribs victim Ben Cox.

Milton became only the second Englishman to score a ton on his Championship debut for the County after George Fiddian-Green – against Essex at New Road in 1931.

He went onto become a master at Malvern College……where Milton was a pupil.

But Milton will be the first to recognise the superb effort of Magoffin in helping him to three figures and also making history.

It surpassed the 119 by William Burns and George Wilson in 1906 at New Road which coincidentally was also against Somerset.

Milton and Magoffin came together shortly after lunch at 165-9 and held out until the final session before the latter was finally dismissed for a fine 43 off 142 balls with eight boundaries.

It left Milton unbeaten on 104 from 181 deliveries with one six and 15 fours as Worcestershire were dismissed for 301 and went down by 141 runs.

He came to the wicket at 65-5 and initially had to stave off the threat of a hat-trick after Travis Head (46) and Ed Barnard (0) had departed to successive deliveries from Jamie Overton.

Having achieved that objective, Milton was given a searching examination but laid the foundations for his innings to remember and gradually flourished.

Jamie Overton and Josh Davey looked to have broken the back of the Worcestershire batting by taking four wickets in the space of 15 balls inside the first hour after they had resumed on 50-2.

Worcestershire had suffered the dismissal of Moeen Ali to the final delivery yesterday evening and quickly ran into trouble today.

Josh Davey was the first to strike as Joe Clarke (5) was bowled by a fine delivery.

Head, in his final Championship innings for Worcestershire, had moved onto 46 before he nicked through to keeper Steven Davies.

Barnard aimed a drive at Jamie Overton and this time Marcus Trescothick pouched the chance at second slip.

In the next over skipper Brett D’Oliveira edged Davey into the safe hands of James Hildreth at first slip.

Milton and Ross Whiteley looked reasonably secure in defying the Somerset attack for 20 overs in adding 71.

The returning Jamie Overton broke the partnership when Whiteley (39) was caught behind to leave Milton unbeaten on 31 at lunch.

Somerset moved closer to victory after the resumption with Jack Leach striking twice in the same over.

Luke Wood (13) drilled the ball to Peter Trego at mid-off and Dillon Pennington (0) drove at the spinner and the ball bounced up off Trescothick kneeling at second slip back to keeper Davies.

But then Magoffin accompanied Milton in providing some superb resistance until the former sliced Craig Overton to backward point.