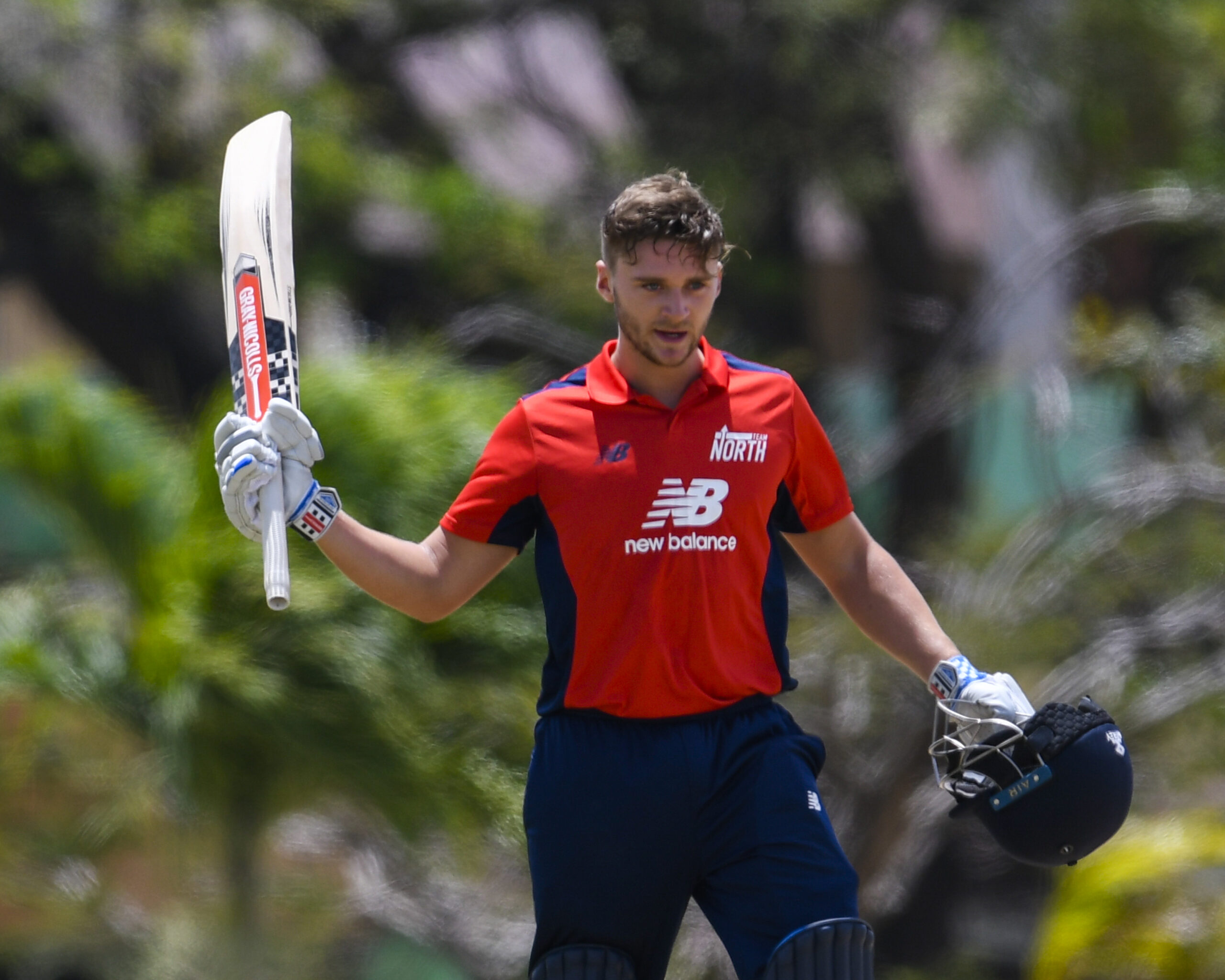 Joe Clarke scored a superb century and was voted Man Of The Series as the North triumphed by 92 runs in their deciding clash with the South at the Three W’s Oval in Barbados.

The Worcestershire batsman made history by becoming the first North player to score a hundred in the 50 over series since its launch 12 months ago.

Clarke had already shown fine form in making 46 and 71 in the opening two matches at the Kensington Oval.

But he did even better today after a change of venue in reaching three figures after again opening the innings as the North elected to bat.

Clarke lost his opening partner Alex Davies (2) with only nine on the board but then shared in a partnership of 143 with Sam Hain (51) in 23 overs.

He brought up his half century from 41 balls with a six into the Marquee over mid wicket off Dominic Bess.

England Lions batsman Clarke went onto make 112 from 98 balls with five sixes and 10 fours before he was run out by Laurie Evans direct hit.

County team-mate Brett D’Oliveira, who has also been in good form in the series, again batted at number six.

He made 17 off 23 balls before being dismissed and helped Steven Mullaney add 52 for the fifth wicket in 8.2 overs.

D’Oliveira then broke an opening stand of 87 between Daniel Bell-Drummond and Ollie Pope by bowling the former for 35.

With Nick Gubbins absent injured, the South were bowled out for 204 in 44.2 overs