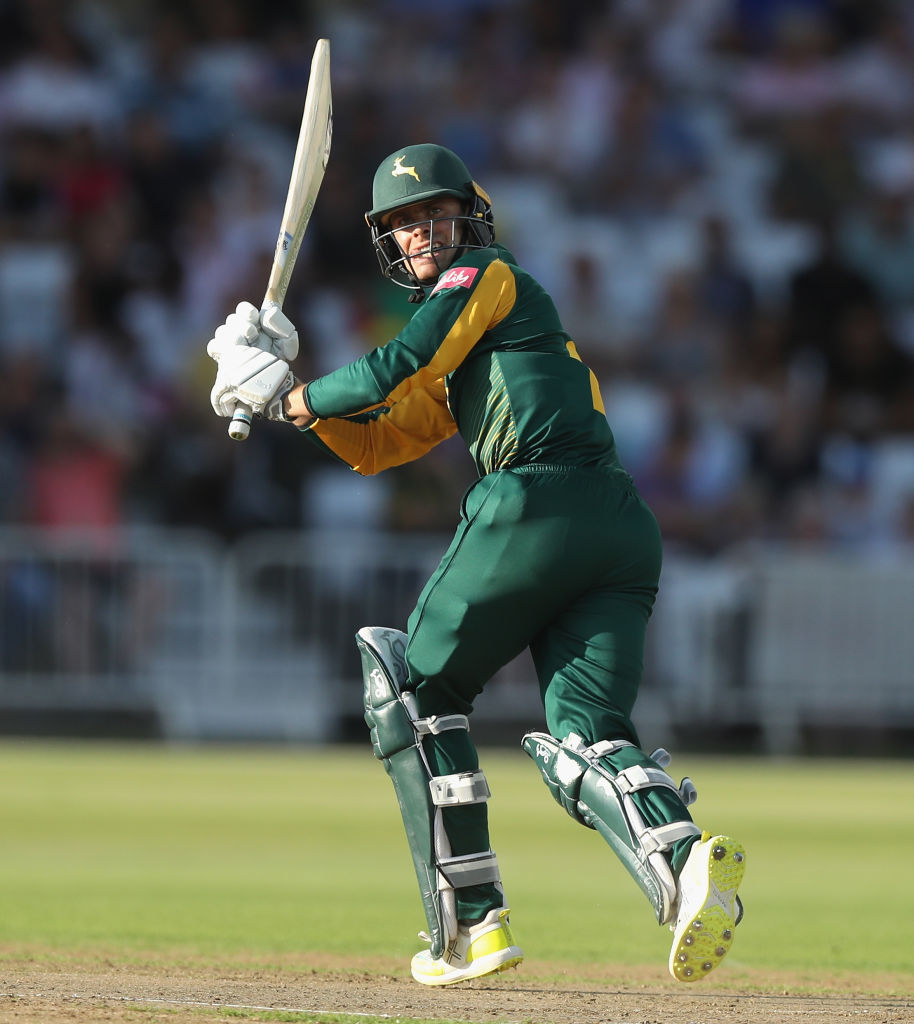 Libby has made clear his desire to open in first class cricket and will fight it out for a spot alongside long-serving Daryl Mitchell and overseas signing Hamish Rutherford although Gidman also believes they could all occupy places in the top three.

It is the kind of battle for positions that Gidman will be happy to see throughout the side.

He said: “Jake is still pretty young, his best years are ahead of him without a shadow of a doubt, he is a very talented cricketer all-round, and a great fielder.

“But what attracted us most to him was the fact he talks about wanting to open the batting and bat at the top of the order.

“Jake is a very traditional player in red ball cricket. He wants to occupy the crease for long periods of time which is music to all our ears.

“The game hasn’t changed. You still need guys that can do that and he has certainly got the skill set to do that.”

Gidman added: “I really want Jake, Felly, Jack (Haynes) and Josh (Dell) to be able to play with and learn from Daryl, Riki, Hamish and Mo when he’s around.

“I think we now have a healthy balance of youth and experience, as well as healthy competition for places.

“We already have competition in the middle order, and now we have that in the top order too.

“There is potential for various combinations, we could play three openers, but that will Joe’s decision and the beginning of the season is a long way off.”

The 26-year-old Libby has signed a three-year contract at Blackfinch New Road after making the move from Nottinghamshire although Gidman admits securing his services for 2020 is earlier than anticipated.

He said: “That came out of the blue. Jake was someone we identified to perhaps have a chat with next year when he was in the last year of his contract.

“We had a phone call saying he had been given permission to talk to other counties and it was an opportunity we didn’t want to miss.”

Libby joined Nottinghamshire in 2014 after a successful trial period.

Gidman said: “Jake has got some really good experiences behind him. He’s played at a Test ground, he’s played a lot of First Division Championship cricket.

“ Although he is relatively young, what he has experienced puts us in good stead and he will add a lot of value to the changing room.”

Gidman also sees Libby having an important role to play in 50 over and T20 cricket.“

He said: “His white ball numbers are also very good, T20 in particular. I think he played virtually every game except the semi-final last year.

“He is obviously a very talented white ball player as well so this is someone that can play a part in all our formats.

“It is going to be really fun to have him around and watch him join our group and play a pivotal role, I’m sure.”