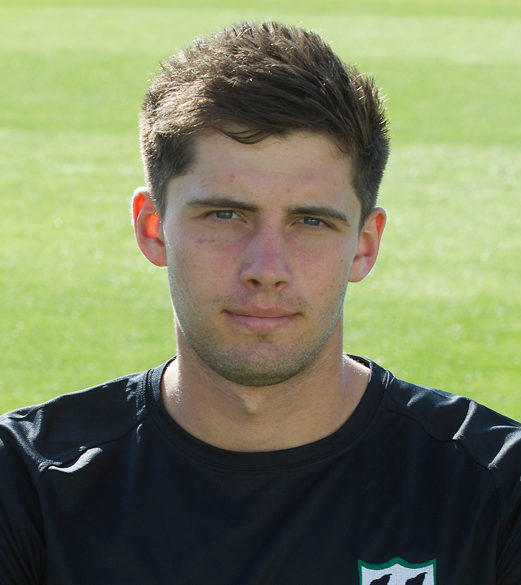 The Worcestershire all-rounder batted at number four and struck 25 fours in his 243 ball innings.

It enabled Midland Guildford to chase down a target of 311 on the second day of the match.

Victory was achieved in 84.4 overs.

George Rhodes continued his fine form with the bat but fought a virtual lone hand as his side Onslow CC lost the top of the table clash with Johnsonville CC in the Ewen Chatfield Trophy.

The Worcestershire all-rounder followed up scores of 87 against Petone-Eastbourne and 106 versus Victoria University by making 81.

Rhodes came to the wicket at number three for the third ball of the Onslow innings and struck ten boundaries in his 116 ball knock.

But, after Rhodes was seventh out at 164, the innings quickly came to an end.

Rhodes had earlier bowled seven overs for 36 runs and taken one catch as Johnsonville laid a platform for victory.

Morris had bowled 23 overs for 76 runs as North Canberra scored 266-4 declared on day one and Tuggeranong replied with 248-8.