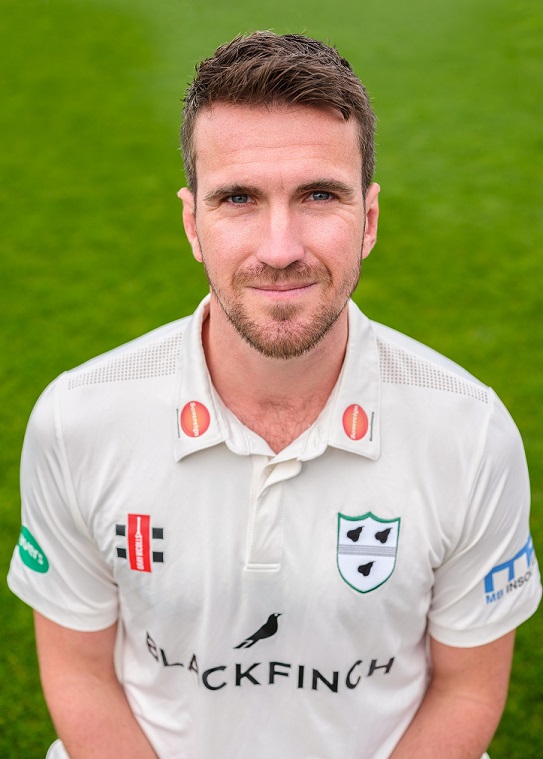 Worcestershire CCC paceman Jack Shantry has announced his retirement from all forms of cricket with immediate effect because of injury at the age of 30.

The left armer has hung on his spikes on medical advice after being unable to play this summer because of a back injury.

He bowled with an unorthodox action, made the most of his ability, and will always have a place in Worcestershire folklore for what became known as ‘Shantry’s Match’ – the final game of the 2014 season.

Shantry produced an all-round performance of Ian Botham like proportions in scoring a second innings century and taking 10 wickets in the game to rescue a lost looking cause against Surrey.

Victory sealed promotion for Worcestershire as Shantry became the first player batting at number nine or lower in first class cricket to score a hundred and take 10 wickets in a match.

He finished with 56 first class wickets that summer and the following year – in Division One – had a total of 67 scalps at 21.73.

Shantry scored a second first class hundred in 2016 against Gloucestershire at Blackfinch New Road – another magnificent display of hitting which was his trademark as a lower order batsman.

He was also a popular figure with players and members alike and will be sadly missed.

Jack has written his own retirement statement which reads:

“It is with great sadness that I announce my immediate retirement from all forms of cricket. I haven’t played this season due to a back injury and have retired on the advice of medical professionals.

“Whilst I am incredibly disappointed to be retiring at the age of 30, I am immeasurably grateful for the opportunities afforded to me by Worcestershire CCC over the last ten seasons.

“I feel lucky to have shared a dressing room with the players that I did, and happy to have achieved more in the professional game than I thought I would.

“I have many memories to last me when I leave Worcestershire, and though I had hoped to make many more I will watch with joy as our new young crop of fast bowlers come through, and trust they cherish their careers as much as I did mine.

“I would like to thank everyone who has coached me, all of my teammates, the supporters, my fellow professionals and everybody else who helps make cricket special.

“I will carry on for the rest of the season in an ambassadorial role for the club.

“In the short term I will be pursuing opportunities in the media as well as coaching, while long-term I plan to continue my umpiring qualifications and stay involved in the game in this way.”

He said: “Shants has been a great servant to the club. He has been an unusual bowler and he has taken a lot of wickets and what a great stalwart for Worcestershire.

“It is always a bit sad when someone has to finish through injury. He has got a back injury which is not allowing him to bowl so he is fully retired from cricket now.

“He came in the dressing room on Saturday after the end of the Lancashire game and said a few words to the lads.

“A top lad, a very popular member in the squad and we wish him well for the future.”

*Jack will be looking back on his career, including THAT match against Surrey, in a Question And Answer session with the Worcestershire CCC website later this week.