County Players And Staff Raise £200 Plus For Children In Need
Tuesday, November 20th, 2018 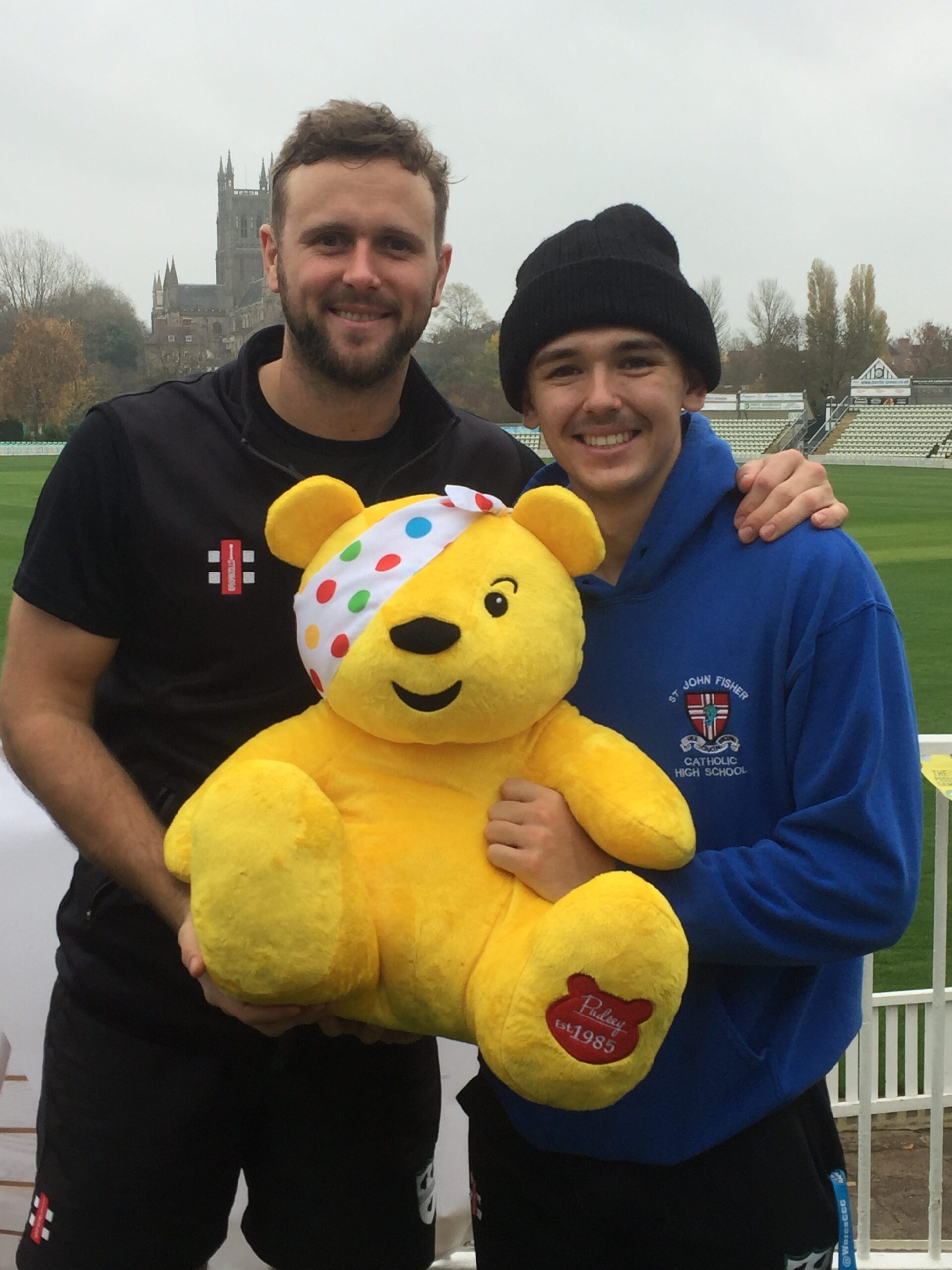 Worcestershire CCC’s players and staff turned to pedal power to raise more than £200 for Children In Need.

The County’s CEO Matt Rawnsley, chairman Fanos Hira and captain Joe Leach were amongst those who donned the two spin bikes situated on Foley’s balcony.

Twenty seven people pedalled a total of 240 miles – the equivalent of cycling to Lord’s and back – which works out at an average of more than nine miles per person.

Their sterling efforts ensured £223.28 was raised for Children In Need.

Our thanks go out to customers in Foley’s who either contributed to the donation buckets or bought cup cakes and those people who donated on line in aid of this special charity.

In addition two Worcestershire players in pace duo Dillon Pennington and Josh Tongue supported the charity when they attended a Children In Need event at the npower Call Centre Worcester along with MP Robin Walker and the Mayor Of Worcester, Councillor Jabba Riaz.

Npower is the official call centre for Children in Need and this was the third time the company’s Worcester contact centre had manned the phones for the fundraising appeal.

Almost 100 employees volunteered up their Friday night to take the all-important donations.

It is the seventh year running nower has been selected to host Children in Need’s official call centres, with three of the company’s offices across the country taking part this year.