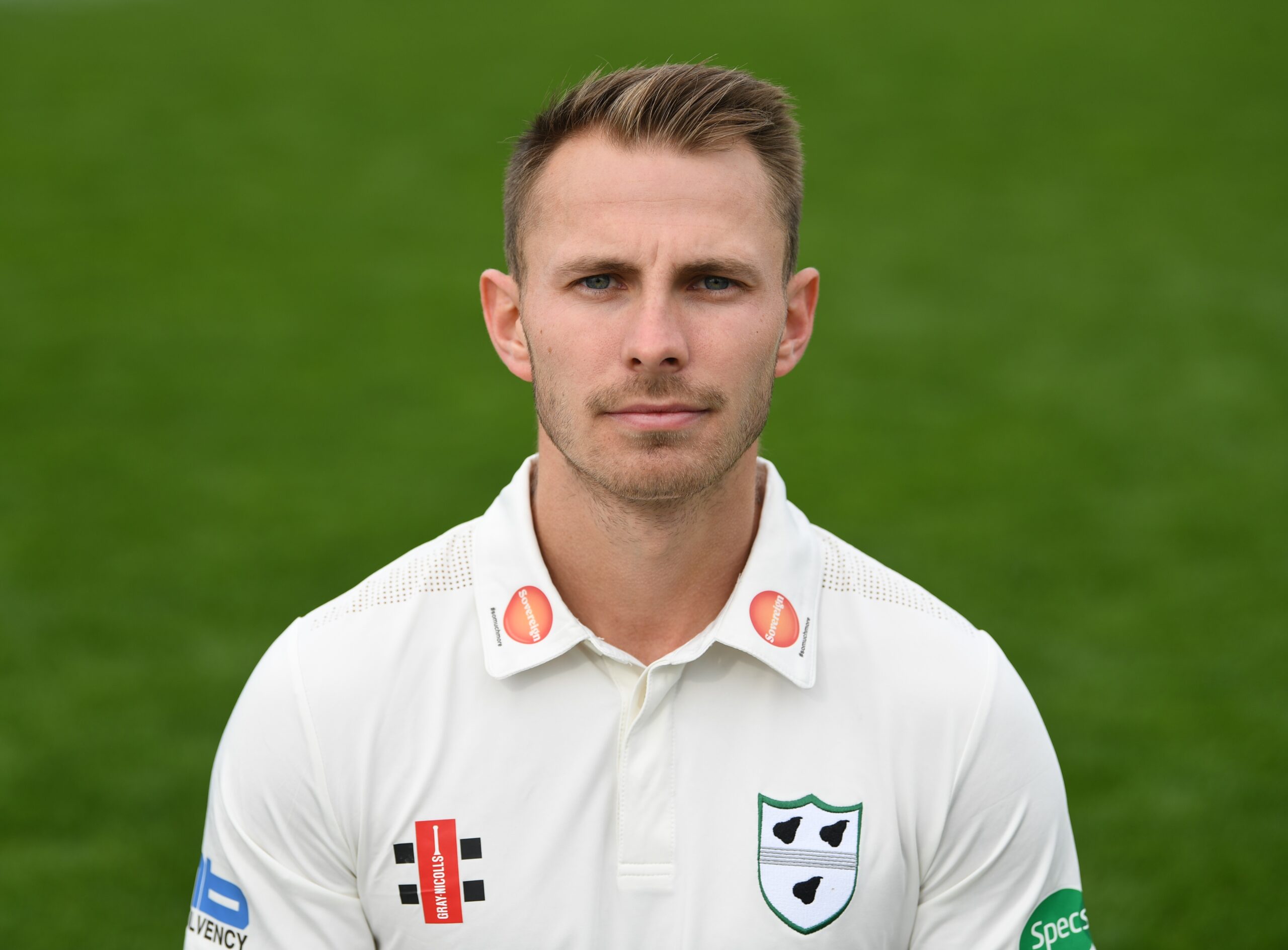 The talented trio have all clocked up 90 first team appearances for Worcestershire.

They follow on from Ben Cox, Joe Leach, Brett D’Oliveira and Ross Whiteley who received their caps for 90 appearances off former County skipper Phil Neale 12 months ago.

It is an indication of the experience of the players who now form the first team squad at Blackfinch New Road.

New Worcestershire CEO Matt Rawnsley explained: “In the late 1990s-early 2000s we went through a bit of a transition where we went away from the traditional County Cap system whereby caps were awards to players as recognition of their contribution to the club.

“Some counties still continue with this transition but we decided during Tom Moody’s spell as Director Of Cricket to instead award County Colours in recognition of a players status as a first class cricketer.

“Through that transition, it was recognised that, outside of the County Colours, we should do something else and Tom Fell, Joe Clarke and Ed Barnard received the ceremonial County Cap for registering 90 first team appearances for Worcestershire.”

Former Worcestershire player Rawnsley said it was “an honour and a privilege” to return to the County as CEO.

He said: “We’ve got a fantastic opportunity moving forward. There are a lot of exciting things happening in the game. There are some challenges for us to understand our place in that game in the future.

“But I think it is critical to have someone who has had playing and commercial experience to set the path for that in the future.”

The Chairman’s Lunch was able to go ahead despite the flood which has swept across Blackfinch New Road and was switched from the McMinns Development Chestnut Marquee.

Rawnsley said: “The fact we were able to hold Chairman’s Lunch is an indication of the culture of the club.
“There was an element in the past of, not a division, but a playing side and a non-playing side.

“My goal in the first month was to try and bring the club back together, that we should be celebrating each other’s success, no matter what someone’s role is, and helping each other through the challenges.

“I really feel that. The vibe when we went to Abu Dhabi was different and that was recognised by the playing group out there.

“Also the culture and the attitude of the people within the club has changed a lot. I think they were looking for change – and change is good.

“We recognise the contributions of people of the past but also the game is changing and we need to change and have the right people around us to ask those challenging questions of what we are going to look like in five years time or what are the priorities for us.”

Rawnsley reiterated his pledge to listen to the observations of County members.

He said: “One of the elements of feedback was tbat members felt marginalised which to me was a surprise but something I wanted to address very quickly.

“Members are a big part of the heritage and future of the club, and what that future looks like, so I’m going to be as transparent as I can be with my views and listen to what they have to say.

“There are no guarantees that I will do what they want – but I will listen.”