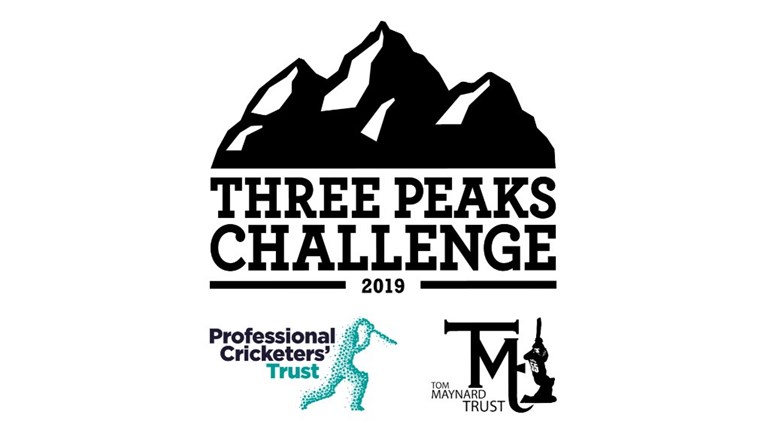 Daryl Mitchell has climbed many peaks in a distinguished career but will now attempt to scale three of the most demanding – with the aid of Kevin Sharp’s old walking boots!

The long serving Worcestershire opener is participating from October 11 to 13 in the Three Peaks Challenge.

It involves attempting to climb to the summit of Ben Nevis, Scafell Pike and Snowdon in the space of three days.

All money raised will be split between two worthy causes in the Professional Cricketers’ Trust and the Tom Maynard Trust.

The Professional Cricketers’ Trust provides support to current and ex-players when they need it most, whether that is by way of funding for medical assistance, provision of specialist equipment or through emotional care.

The Tom Maynard Trust helps young sports people by educating them about the possible pitfalls of a career in professional sport as well as providing assistance with overseas placements and equipment.

Mitchell, the chairman of the Professional Cricketers’ Association is more than willing to participate and Sharp, Head of Player and Coaches Development at Blackfinch New Road, has donated to him a pair of the boots in which he has regularly trekked across the Himalayas each autumn.

He said: “As chairman of the PCA, I sit on the Trust of the Professional Cricketers’ Trust as a trustee so I see a lot of what goes on, where the money is spent, and the difference it makes to people’s lives.

“If I can add to that in any way, then great. A lot of people have seen the video of Tom Smith at Gloucestershire, which is pretty poignant, and to support people like him and many others is the least you can do.

“Since taking over as PCA Chairman, the most surprising thing is seeing how many ex and current players – some of whom I have played against – have fallen on hard times and need support.

“The Three Peaks should take a bit out of the legs after the end of the season and, with the club Awards Night, the PCA Awards and Charlie Morris’s stag do, the preparation probably won’t be the best but it will be a good challenge.”

Mitchell added: “Have I done any climbing? No, not really. I’ve been to the top of the Malvern Hills a couple of times but my kids can manage that!

“The main bedroom in the house means I have to climb two flights of stairs every day so that’s a bit of extra training.

“There will be a lot of experts there to make sure we do things the right way and I’ve borrowed Kevin’s old walking boots.

“He’s done quite a bit of walking, got all the gear and, looking at them, the boots have done plenty of miles. He’s probably been up and down Everest in them although they’ve now been relegated to gardening duties.

“In all seriousness it will be a big challenge in aid of good causes.

“I did the PCA Bike Ride Three in 2017 which involved 360 miles in five days and the hills, not the distance, were the problem.

“This time we are cutting out the flat bits in between and just going up the peaks!”

Anyone wishing to donate can do so by clicking here.