DARYL BATTLES AWAY WITH THE BAT ON 200TH FIRST CLASS APPEARANCE FOR COUNTY
Tuesday, September 10th, 2019 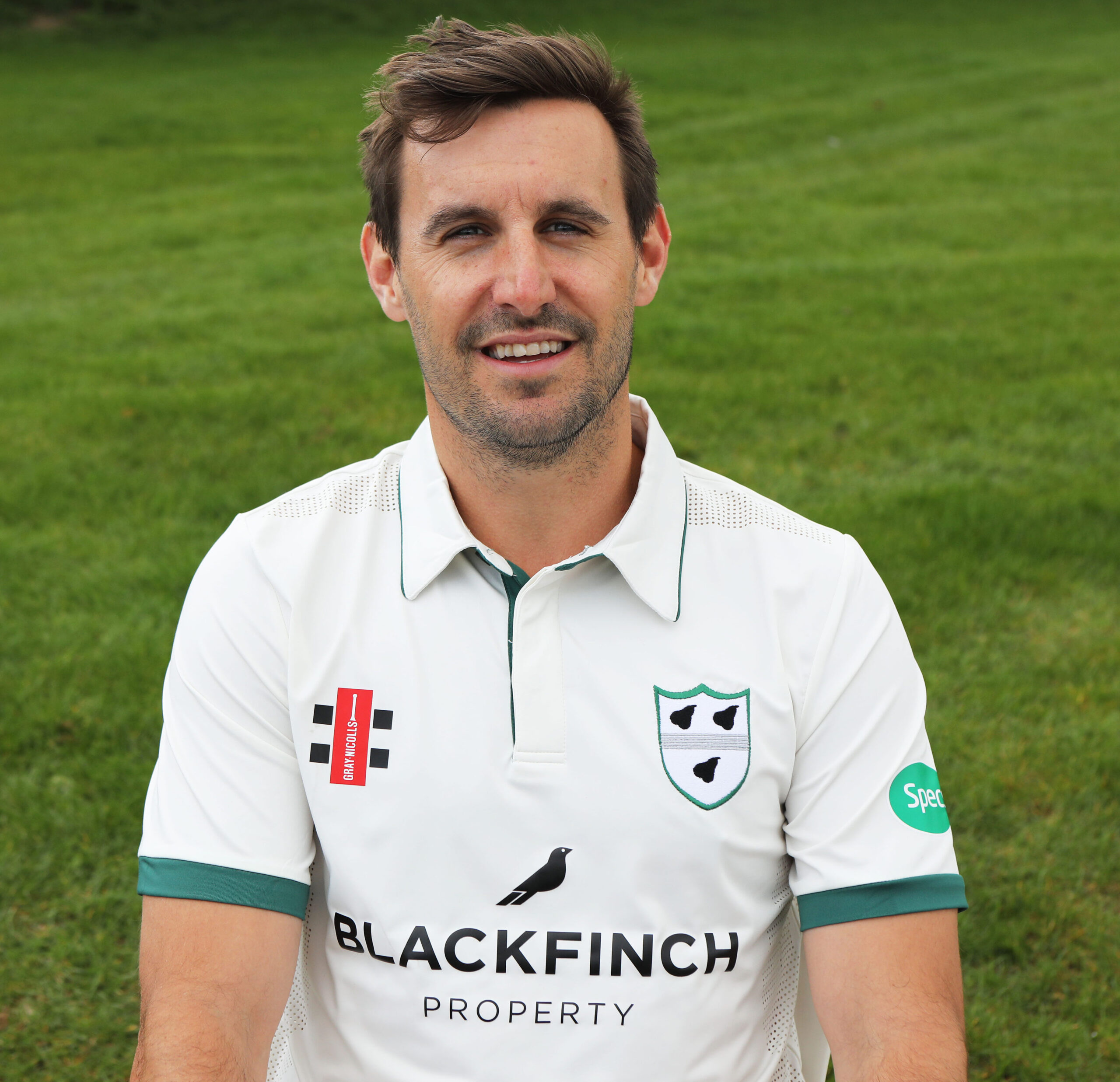 Daryl Mitchell made his 200th first class appearance for Worcestershire in today’s Specsavers County Championship match with Glamorgan at Blackfinch New Road and showed typical defiance with the bat.

The opening batsman became the 48th Worcestershire player to reach the double milestone with Don Kenyon (589), Reg Perks (561) and Norman Gifford (528) leading the way for the County.

It is 14 years since Mitchell made his debut against Loughborough University at Kidderminster.

He battled away today for 103 deliveries and struck six fours in his 36 before he was caught behind off Michael Hogan shortly after lunch.

Mitchell ended as second top scorer to Riki Wessels who made a dashing 45 as Worcestershire were dismissed for 205 in 70 overs after an uncontested toss.

But then Charlie Morris and Ed Barnard collected a wicket apiece as Glamorgan closed on 44-2.

Hamish Rutherford and Jack Haynes both made their home Championship debuts for Worcestershire.

Rutherford got off the mark by turning Lukas Carey through mid-wicket for four and cover drove the same bowler to the ropes.

He had made 19 out of 21 when he pushed forward to Hogan and was bowled.

Mitchell got off the mark from his 24th delivery and turned Timm van der Gugten off his legs for his first boundary.

Moeen Ali, fresh from his heroics in the Vitality Blast quarter-final win over Sussex, received a warm reception.

He square drove Rory Smith for four to bring up the half century in the 20th over.

A straight drive to the ropes off van der Gugten was also pleasing on the eye but on 18 Moeen aimed a drive at the same bowler and was caught low down at third slip by Nick Selman.

But he added only five more after the resumption before falling to Hogan.

Alex Milton (12) was caught behind off Carey and Haynes (17) offered no shot and was lbw to van der Gugten.

Keeper Ben Cox (7) was another lbw victim to the same bowler.

Wessels was full of attacking intent, mixing some fortuitous edges with several rasping cover drives including two in the same over from van der Gugten.

He had faced only 35 balls and found the boundary eight times when he holed out to mid off from the bowling of Rory Smith who then trapped Club Captain Joe Leach (8) lbw.

Hogan wrapped up the innings by bowling Morris (9) and having Adam Finch (5) taken at first slip but not before the latter had driven him for four to secure a batting bonus point.

When Glamorgan replied, Morris quickly broke through when Nick Selman (6) was pouched by Mitchell at second slip.