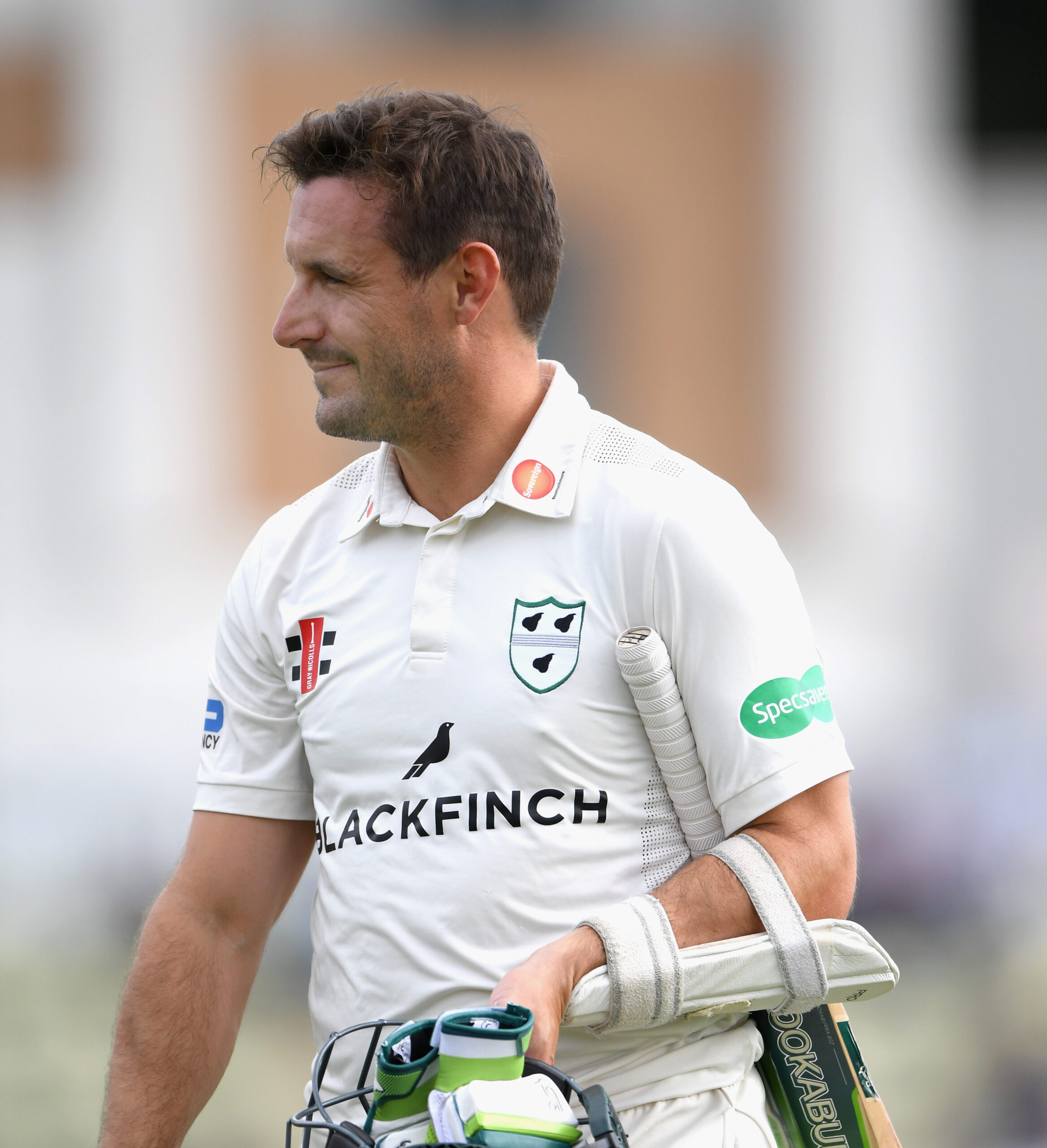 Worcestershire century-maker Daryl Mitchell gave his reaction at the end of day one of the final Specsavers County Championship clash of the season with Yorkshire at Blackfinch New Road.

Opener Mitchell followed up his 178 at Scarborough with 127 – the first Worcestershire player to score two centuries in two separate Championship games in the same season against the Tykes.*

He said: “It was good. I had a couple of weeks without scoring many runs so it was nice to get back out there and, once I had got in, I was really determined to make it pay really.

“That’s four centuries for the year now (in Division One) so I’m pretty happy with that.

“Forty eight more runs for 1,000? That is something at the start of the year that you want to achieve. I’ll be keen to get there second time around.

“As a team, we’ve had a pretty good day. We’ve got pride to play for and every game, you want to win.

“Having Mo (Moeen) back is a big boost and the lads would like to send Clarkey (Joe Clarkey) off in his last game with a win as well.

“There is never a dead game. It’s always important to put in a performance and try and win.

“We could still get off the bottom and that is something to strive for. We are here to win this game and to get as many points as we can.”

Mitchell added: “Yorkshire’s bowlers were pretty miserly all day. It is not an easy wicket to score on. If you bowl pretty straight and held your lengths, it was hard to score.

“It was quite a slow wicket and I thought we applied ourselves pretty well and to get to 300 plus and to still be batting tomorrow morning is a pretty good effort.

“A big strength of ours is runs down the order. Ed (Barnard) has done it again today and Parny (Wayne Parnell) has done it the last few weeks as well batting eight and nine and Ben Twohig can bat as well.

“I thought that was a fine performance from him, 30 not out overnight. I thought he played a nice little innings for us.

“Is it a good position? I think so. It will be nice to get a few more runs in the morning and then get bowling at them.

“But, having been stuck in at 10.30 in late September, it was a pretty good effort.

“It was really important to get through that first hour which we did pretty well. We are relatively happy with where we are at.”