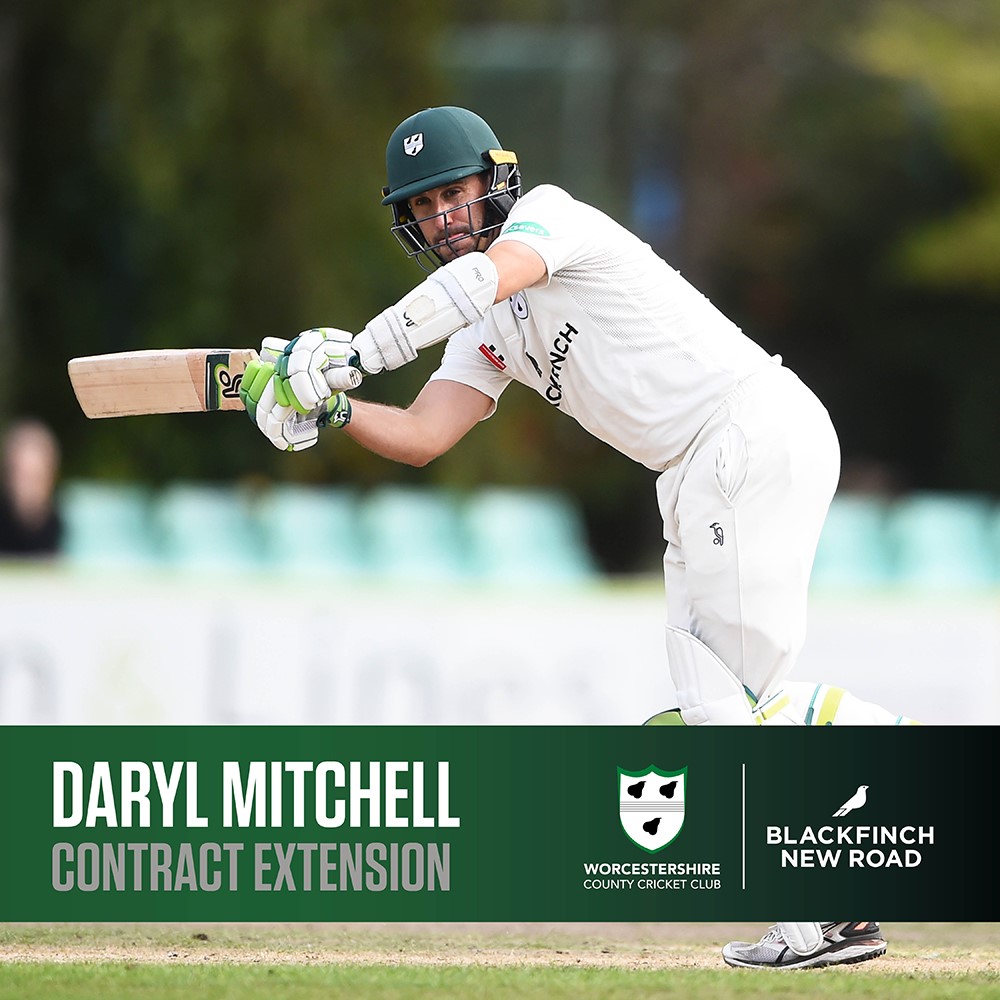 Worcestershire’s long-serving opener Daryl Mitchell has agreed a contract extension to the end of the 2021 season.

Mitchell, who had one season remaining of his current four year deal, has put pen to paper for an additional 12 months at Blackfinch New Road.

Academy product Mitchell made his senior debut 15 years ago and has been a mainstay of the Worcestershire side in all forms of cricket.

He has scored 12,664 first class runs for Worcestershire at an average of nearly 40 and is 23rd on the all-time list of the County’s run-scorers.

In T20 cricket Mitchell has become a key figure with the ball in recent seasons and needs one more wicket to move above Jack Shantry – also on 92 – as the County’s leading wicket-taker.

Pridgeon said: “We are pleased to announce that Daryl has agreed to extend his contract by a further year until the end of the 2021 season.

“It was a struggle for all our top order batsman in Championship cricket last summer but we are confident Daryl still has a massive part to play in the club going forward.

“His experience and know how is invaluable and in T20 cricket his contribution with the ball, and an excellent economy rate, cannot be under-estimated.”

Mitchell follows in the footsteps of club skipper Joe Leach and paceman Charlie Morris in signing contract extensions this winter.

He said: “Last year was a challenge for batsmen in general but I still feel I can make a sizeable contribution in the years to come.

“It’s hard to believe that it’s 15 years this year since my debut but I’ve still got that hunger and love for the game and it’s great to sign up for another 12 months.

“I get told about individual records I’ve achieved or are close to but my focus is always on doing the best for the team.”

Pridgeon added: “It’s great that the bulk of our players are now signed up for at least the next two years.”