Brett D’Oliveira scored his third Specsavers County Championship century of the season as promotion-chasing Worcestershire made a strong response to Leicestershire’s 404 all out on day two of the clash at New Road. 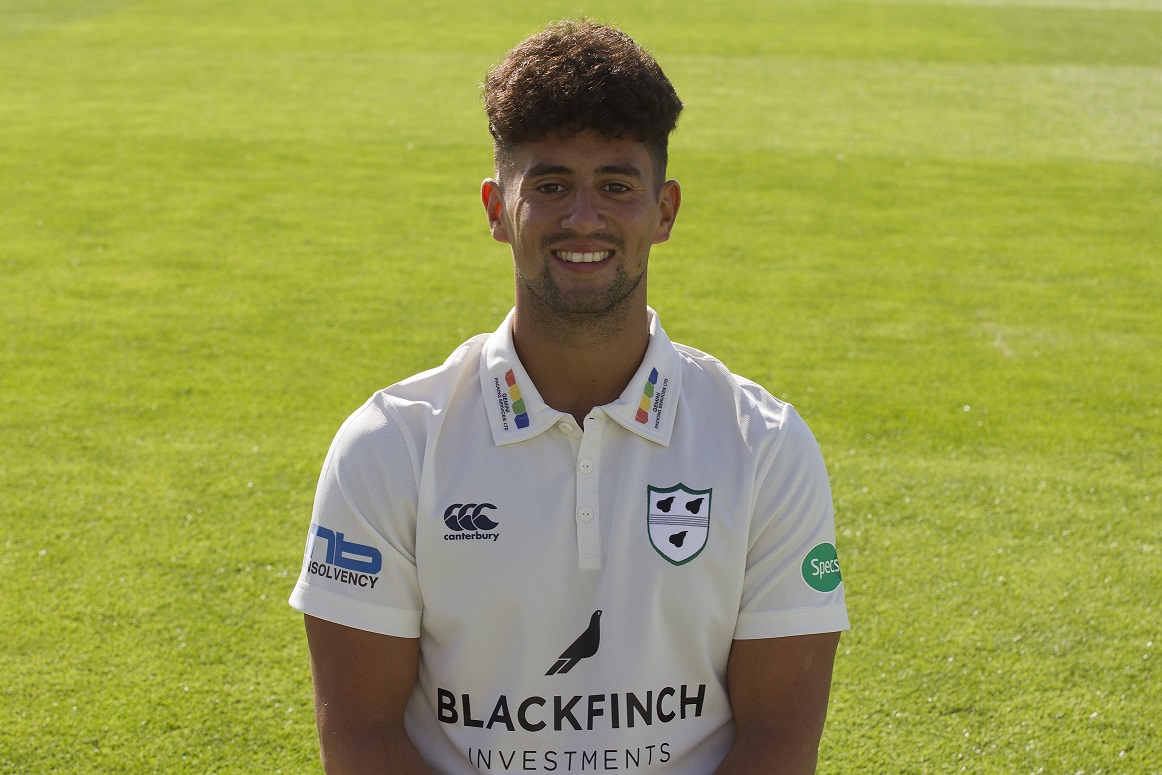 The 25-year-old, who has been defying a shoulder problem, reached three figures off 153 balls with a cover drive for four off spinner Aadil Ali out of 229-3.

D’Oliveira was given excellent support by Daryl Mitchell and George Rhodes in century partnerships.

Now D’Oliveira will be looking tomorrow to help second placed Worcestershire push on towards their next objective of maximum batting points to add to the three already accrued for bowling.

D’Oliveira had batted down the order last week at Trent Bridge because of his shoulder setback was initially at his fluent best and then dug in against some probing bowling from Ben Raine and spinner Callum Parkinson.

Mitchell and D’Oliveira gave Worcestershire early impetus to their reply with a hundred stand in 22 overs – their third three figure stand of the summer.

Mitchell, fresh from his 139 not out in the win over leaders Nottinghamshire, was first to his fifty off 57 balls with nine fours.

But D’Oliveira followed him soon afterwards from 69 deliveries with one six and seven fours.

It needed a splendid catch at full stretch by Dieter Klein to break the stand on 119 as Mitchell (58) attacked spinner Callum Parkinson and miscued to deep extra cover.

The 20-year-old left armer struck again in his next over as Tom Fell was bowled for a duck.

Joe Clarke looked in good nick and produced several flowing drives but after making 28 the England Lions batsman drove at Ben Raine and nicked through to Ned Eckersley who pouched a sharp head high chance at second slip.

Worcestershire were then 161-3 but Rhodes proved another staunch ally for D’Oliveira after deputising for him in the opening role at Trent Bridge.

The pair scored freely and their partnership was worth 109 in 27 overs when Rhodes (47) was caught at mid wicket off Parkinson in the penultimate over of the day.

Leicestershire had resumed on 325-7 and added another 79 for the remaining three wickets.

Ravichandran Ashwin ended Neil Dexter’s fine knock of 114 – his first 50 plus score of the season in Championship cricket.

He was trapped lbw after striking one six and 19 fours in his 154 ball innings,

Pat Brown enjoyed his first success of the innings in the next over as Zak Chappell (48) was smartly caught at short leg by Fell.

Further resistance from Leicestershire came via Klein (26) and Parkinson (22 not out) who put on 44 for the last wicket before the former was bowled by Ashwin.