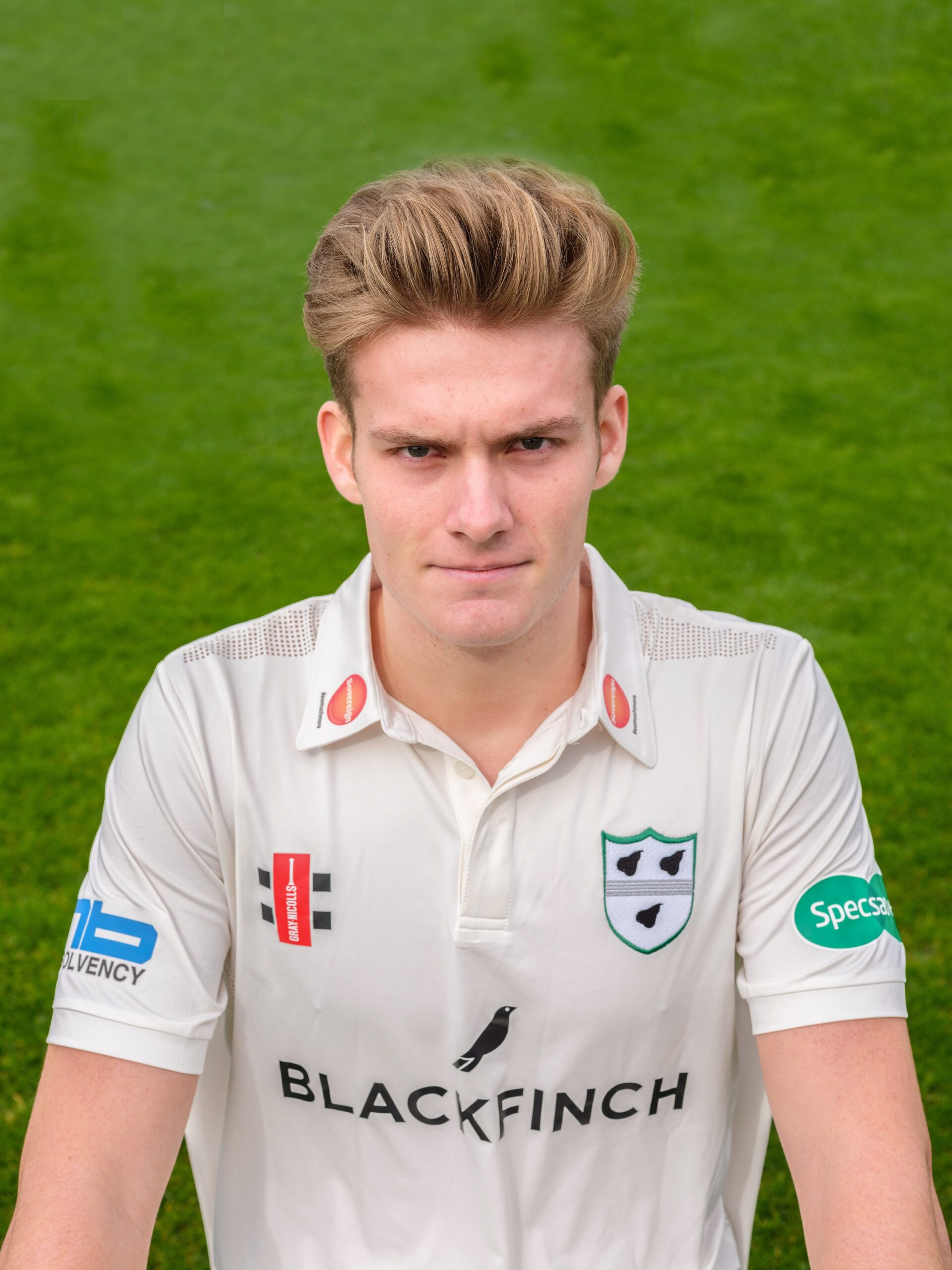 Adam Finch helped England Under-19s into a strong position on a truncated opening day of the second ‘Test’ with South Africa Under-19s at the Emirates Riverside.

The Worcestershire paceman and Essex’s Jack Plom took two wickets apiece in bowler-friendly conditions, building on their impressive performances in the first ‘Test’ success at Scarborough.

Middlesex leg-spinner Luke Hollman picked up the other wicket to fall.

Sinethemba Qeshile top scored with 47 for the tourists, who finished the day on 118-5 as bad light brought a premature end to play.

He said: “As days go bearing in mind all of the interruptions, we’ve come away pretty happy with that. I’ve never played here so I was trying to find my legs here, but coming back for my second and third spells after the break I definitely felt I could find more rhythm.

“It’s a bit of a shame we had to come off there because I would have liked to get a few more over under my belt.

“It all depends on how we come back tomorrow. It has been a good day, but if we come back tomorrow and we don’t apply pressure we could easily slip up. They’re a very good side. They’ve played some good cricket against us and if we let them back in the game they’ve got every chance.

“Myself and Jack [Plom] have bowled well with each other throughout the winter. We know how each other work and how we tick so that’s a good communication.

“He knows if I’m bowling one way, he’ll tell me to push it a bit fuller or do something else.

“From the toss we were happy. We were going to bowl anyway. We knew what we were trying to do, we weren’t going to over complicate it. We were going to keep everything simple and let the ball and the overhead conditions work for us.

“We won’t rush ourselves tomorrow and put too much pressure on ourselves to get those wickets. We work best as a team when we’re relaxed and calm to try to build pressure with those dots and pressure brings wickets.”

The Proteas won the toss and elected to bat as England handed starts to Sam Connors and George Lavelle due to injuries to Liam Banks and Alfie Gleadall.

Joshua Richards was fortunate to escape an early delivery from Finch, edging through the slip cordon before the ball rolled to the boundary.

However, Finch had his revenge when Richards (7) edged to Lavelle at second slip three balls later.

Van Schalkwyk arrived at the crease at number three and had the same experience as Richards, edging through the slips to get off the mark before he fell for four being caught behind by Jack Davies off the bowling of Plom.

Wandile Makwetu found the boundary and remained unbeaten with Jacob Miltz before the rain came.

After a four-hour delay, the players returned to the pitch.

Finch made a breakthrough in his second over after the restart as a rising delivery found the outside edge from Miltz (2) as the seamer’s Worcestershire team-mate Jack Haynes took the catch.

Qeshile settled into his knock, offering a solid complement alongside his skipper Makwetu in difficult conditions against the moving ball. The duo were able to frustrate the England attack, bringing up their fifty partnership off 75 deliveries.

Hollman was brought into the fold from the Lumley End. He produced a fine ball to break the partnership in his second over to remove Makwetu, pinning the Proteas’ captain in front of his stumps lbw for 36.

Qeshile continued his resistance, knocking his way towards fifty before a bad-light break brought play to a halt briefly.

Plom found his rhythm on his return and snagged the breakthrough of Qeshile, who was guilty of playing away from his body to lose his wicket for 47, edging behind to Davies.