Worcestershire all-rounder George Rhodes has featured in two crucial century partnerships since winning his place back in the Specsavers County Championship side – but now has his sights on completing his own maiden hundred at that level. 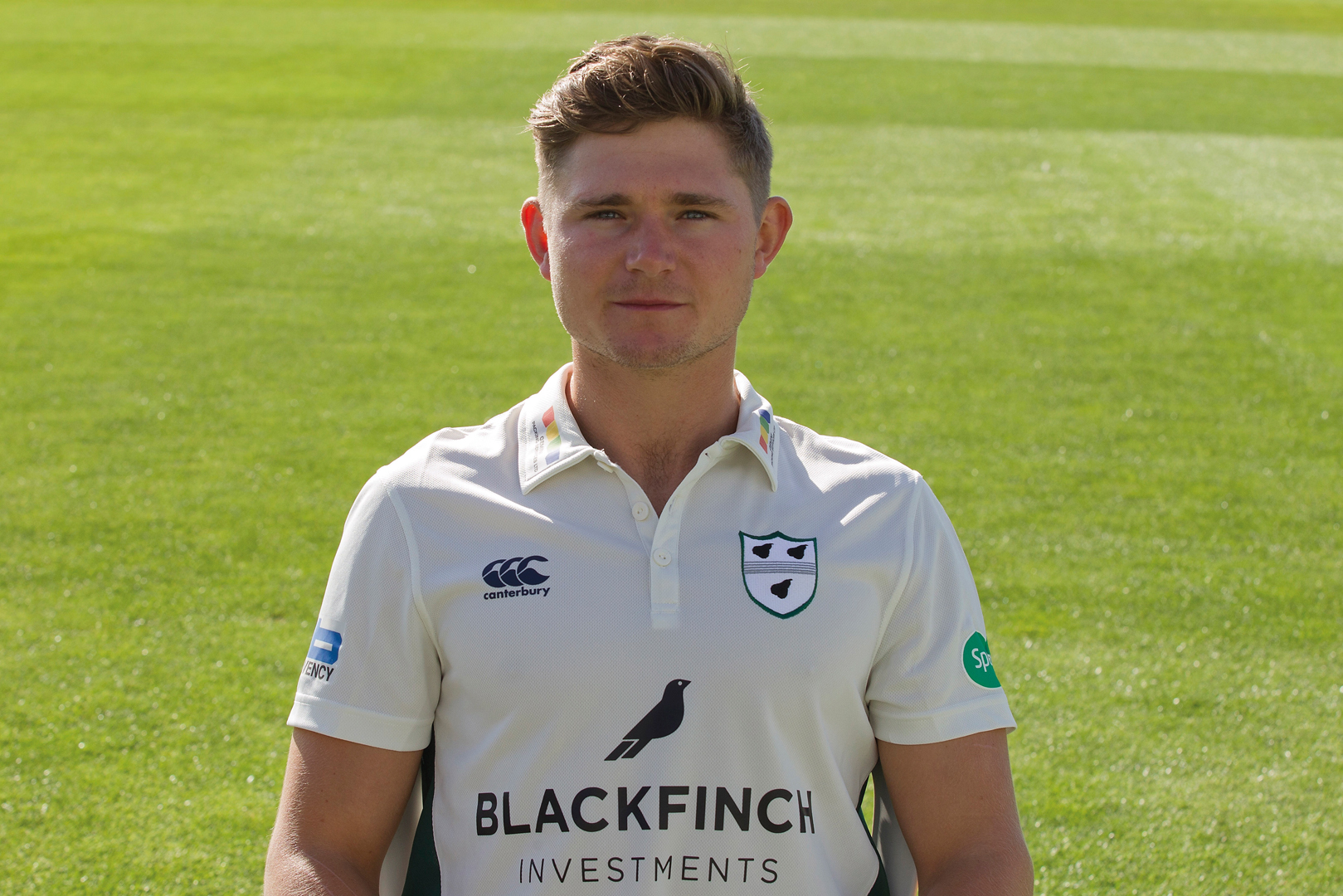 Rhodes has gone to the wicket at number five with Worcestershire in trouble at 48-3 against Kent at New Road and then 69-4 a few minutes after his arrival versus Gloucestershire at Cheltenham.

The 23-year-old dug and showed his relish for a fight to first add 131 with Joe Clarke, making 45, and then 141 alongside Ben Cox when scoring 52 to help the County to avert the danger of having to follow on.

But Rhodes is keen to convert those sort of contributions into major scores when Worcestershire return to Championship action in just over two week’s time after the current block of NatWest T20 Blast cricket.

It is the second successive season that he has fought his way back into the team mid-way through the campaign.

Rhodes said: “It is nice to get in the first team in whatever format and to feature in the top five as a batter.

“With those two partnerships, it’s good to spend some time at the crease, but ultimately you look for big scores and I’d love to score my first Championship hundred soon.

“I think it’s just a matter of knuckling down and turning those hundred partnerships into hundreds for myself, even 150, 200 partnerships.

“It was a tough period at Cheltenham and it was nice to get through that tough period but, like I said, it would be better to convert that 40, 50, 60 into a hundred.

“It’s that old sort of analogy, you do the hard work and then cash in. I was just a bit disappointed. It was a bit of a soft way to get out at Cheltenham and I would have liked to have gone on.

“But I guess you’ve just got to keep working hard, training hard, and really notice when I get in, 40,50 to knuckle down and get through to that hundred.”

Rhodes opens in Second Eleven Cricket and was his side’s leading run-scorer in red ball cricket before his elevation to the senior fold.

He said: “It is a little bit different (batting at number five).. I haven’t really faced much of the new ball in Championship cricket.

“But you go through exactly the same process as you do batting in the Second team up top or in the first team middle order.

“Obviously the bowlers are better in the first team and it’s a nice challenge. You come up against some good bowlers but at the end of the day it’s the same sort of procress you go through.”

Rhodes has often provided evidence in his few first team outings of seldom throwing his wicket away and being up for a battle.

He said: “It’s one thing I’ve worked on from a young age, to have a tight defence or at least mentally be switched on when I go in and try and get myself in.

“Like I said, the next step is being strong enough, technically, mentally, and positively to go on and score big once I’m in.”

*Read a full interview with George Rhodes on the Worcestershire CCC website in the next few days.