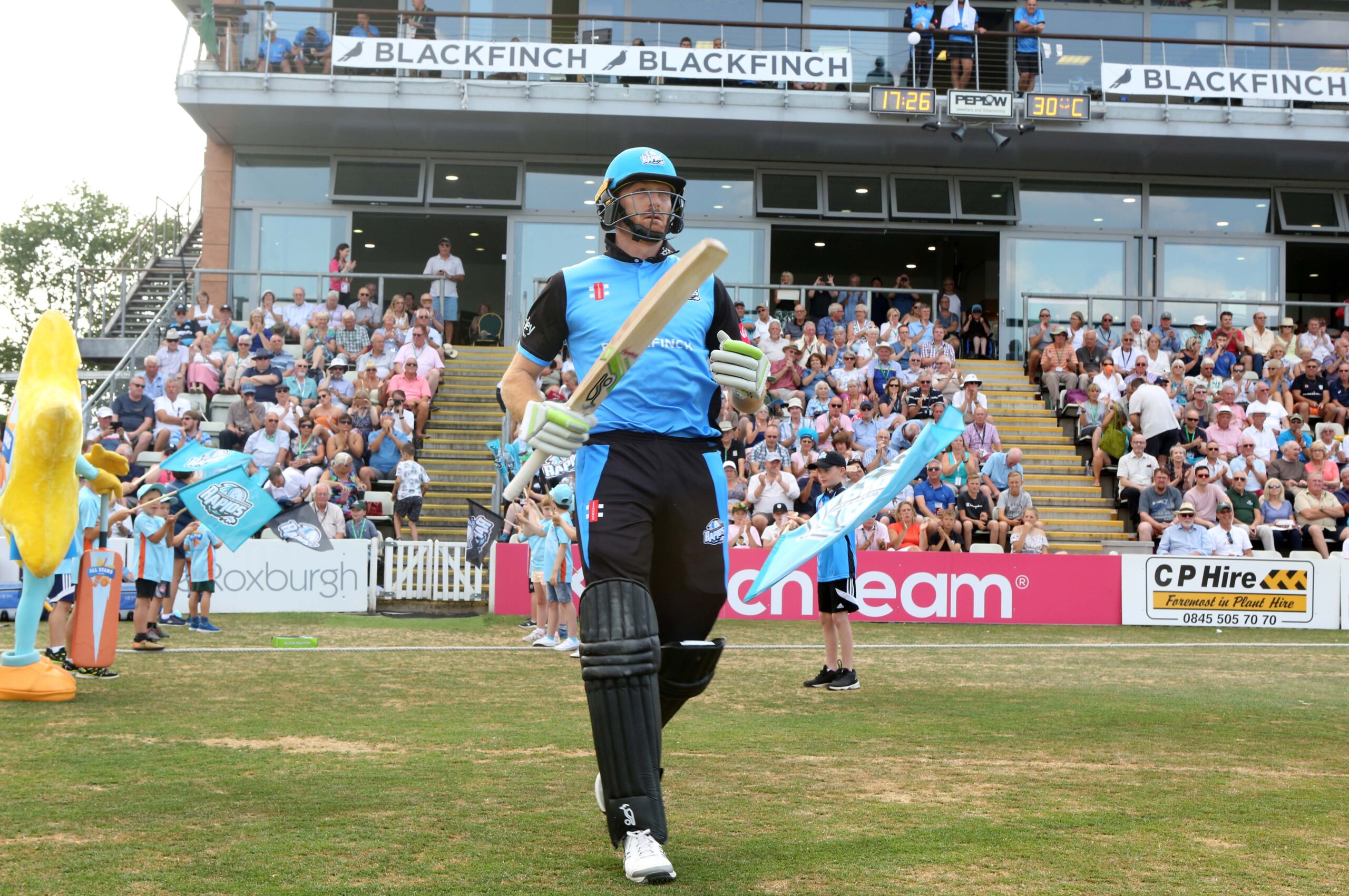 During the depths of winter, when the cricket season seems a long way off, one of the outstanding memories from this summer that will warm the hearts of Worcestershire CCC supporters will be Martin Guptill’s memorable 35 ball 100 at Northampton in the Vitality Blast.

It was the quickest ever by a Worcestershire player in T20 cricket and an astonishing display of brutal but clean hitting.

Martin Guptill: “I guess it started off reasonably well and I felt reasonably good when I got here. I had a few innings where things didn’t go my way but to finish off with a decent knock at Northampton was pretty pleasing and hopefully a lasting memory of my time here.”
—
Question: That is the nature of T20, you can have a big score and out first ball the next innings?

Martin Guptill: “It’s a pretty unforgiving game to be honest. I guess overall I’m reasonably happy with the runs I scored.
“I’ve enjoyed my time here. It’s been great fun and they are a good bunch of lads.”
—
Question: You leave with the team in a decent position, joint top of the Vitality Blast?

Martin Guptill: “There is still a lot of cricket to be played and hopefully the boys can finish off where myself and Travis (Head) have left the team and push on for a few more wins to qualify for the quarter-finals.

“There are some really good players here. There is experience mixed in with inexperience but that is what makes the team exciting.

“Young guys can come in and express themselves and just go out and play out the way they do. It’s working for the team at the moment so hopefully they can continue that on.”
—
Question: Your hundred at Northampton, were you aware how record-breaking it was at the time?

Martin Guptill: “No. To be honest, I didn’t even realise I’d reached 50 to be fair! I had a very slow start and everyone started clapping and I had to ask Clarkey (Joe Clarke) what has happened.

“Then to complete a century 15 balls later was pretty pleasing and I don’t know if I’ll be able to get one quicker than that anytime soon.

“It’s my quickest 100 by a long way. My quickest before that was 49 balls for New Zealand against Australia earlier this year. To get there in 35 balls is pretty pleasing.

“Hopefully I can break that one day, but I’ll take that for now!”
—
Question: Alan Richardson saw Brendon McCullum score 158 in a T20 for his previous club Warwickshire and reckons you could have topped 200 had you stayed in?

Martin Guptill: “Who knows? Brendon has clocked up a couple of 150s and he is an unbelievable player. For Richo to witness that would have been good watching.”
—
Question: You also scored a hundred on your Championship debut in the win over Lancashire?

Martin Guptill: “I’d just come over and getting out like I did in the first innings, you are thinking ‘what a stupid game cricket is!’ but to come out and play the way I did in the second innings and put the team in such a good position to win the game was the most pleasing thing.”
—
Question: Do you think the team have a chance of staying in Division One of the Championship?

Martin Guptill: “Absolutely. It only takes a couple of wins and you get yourself off the bottom of the table.

“With the team we’ve got, it is a bit inexperienced but it is exciting as well so hopefully the guys can keep backing themselves and put the big numbers on the board, like we know they can, and stay up.”

Question: What is the Caribbean Premier League like in comparison to the Vitality Blast?

Martin Guptill: “It is very hard to compare each T20 league. They are all different and all pose different challenges.

“The big challenge in the CPL is that there are some pretty average wickets and if you get on them towards the end of a wicket’s life, then it makes scoring pretty tough.

“It makes you use skills in your armoury to be able to get through it and score the runs. You just have to make the most of the wickets

when they are at their best.
“It’s a lot of fun, the CPL. They call it the biggest party in sport and the crowds come in and make noise and fun at the games and it makes for a great atmosphere.”
—
Question: What is the plan for the rest of the year?

Martin Guptill: “It’s back home after the CPL. I’ve got about a month off and then New Zealand go to the UAE to play Pakistan in a ODI-Test Series.

“We leave mid-October for that and I’ll be there for four or five weeks and then back home for the rest of the summer.”
—
Question: Would you like to come back to Worcestershire one day if the opportunity arose?

Martin Guptill: “Absolutely. I’ve loved my time here. I love all the guys in the team and hopefully one day I will be able to come back and play a bit more cricket here.”