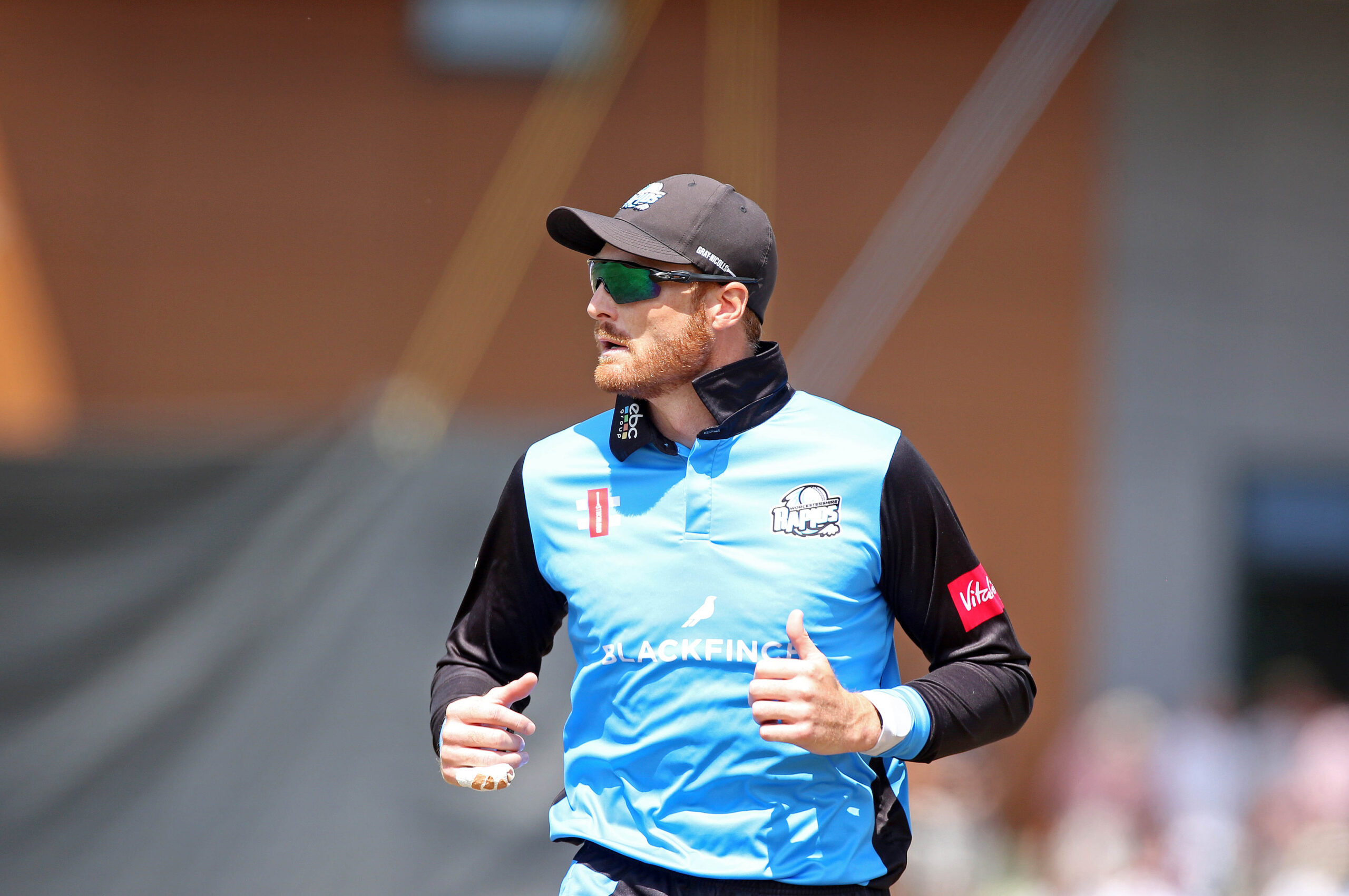 Magical Martin Guptill smashed the quickest ever T20 century by a Worcestershire player as the Rapids powered to a nine wicket win over Northamptonshire Steelbacks in the Vitality Blast at Wantage Road.

The New Zealander reached three figures off just 35 balls with seven sixes and 12 fours as the Rapids reached their 188 target in only the 14th over.

It surpassed the previous fastest T20 ton by a Worcestershire player off 42 balls by former captain Ben Smith – against Glamorgan at New Road in 2005.

Guptill’s hundred was the fourth quickest ever in T20 domestic cricket and the second fastest ever in English cricket behind the 34 ball ton by Andrew Symonds for Kent against Middlesex in 2004.

The opener tore the Steelbacks attack to shreds as the Rapids got back on the winning trail with a fifth success in seven games in the first half of the competition.

Guptill was given magnificent support by Joe Clarke whose 61 not out came from only 33 deliveries.

Guptill, who will make his final appearance for the Rapids against Lancashire Lightning at Blackfinch New Road on Sunday, was eventually dismissed for 102 from 38 balls.

It gave him a strike rate of 275.67 and he departed from the middle to a standing ovation.

The partnership of 162 in 10.1 overs with Clarke was the second highest by Worcestershire in T20 cricket after the 175 by Vikram Solanki and Graeme Hick – also against Northants at Kidderminster in 2007.

Guptill had taken 20 deliveries to clock up his half century – the joint third quickest for the County in the T20 format alongside Gareth Andrew and behind Ross Whiteley in 18 balls and John Hastings in 19 deliveries against Yorkshire (Headingley) and Birmingham (Edgbaston) in 2017.

But he needed only another 15 balls to reach his century.

Clarke, back in the side after missing the game against Durham Jets with a slight leg injury last Friday, smote four sixes himself in addition to four fours.

The Rapids gave a debut to Andy Carter who is half-way through a six week contract.

Northamptonshire had posted a decent looking total of 187-9 after they were put into bat by Moeen Ali.

They reached 54-1 in the powerplay and there were useful contributions from Ben Duckett, Richard Levi, Alex Wakely and Steven Crook.

The Rapids bowlers kept plugging away and Pat Brown added three more to his tally to make it 15 in the last six games.

But then came the magnificent onslaught from Guptill as he and Clarke made short work of the Steelbacks total.