HALF CENTURIES FOR MITCHELL AND WHITELEY AS COUNTY BEATEN IN FINAL SESSION
Thursday, May 30th, 2019 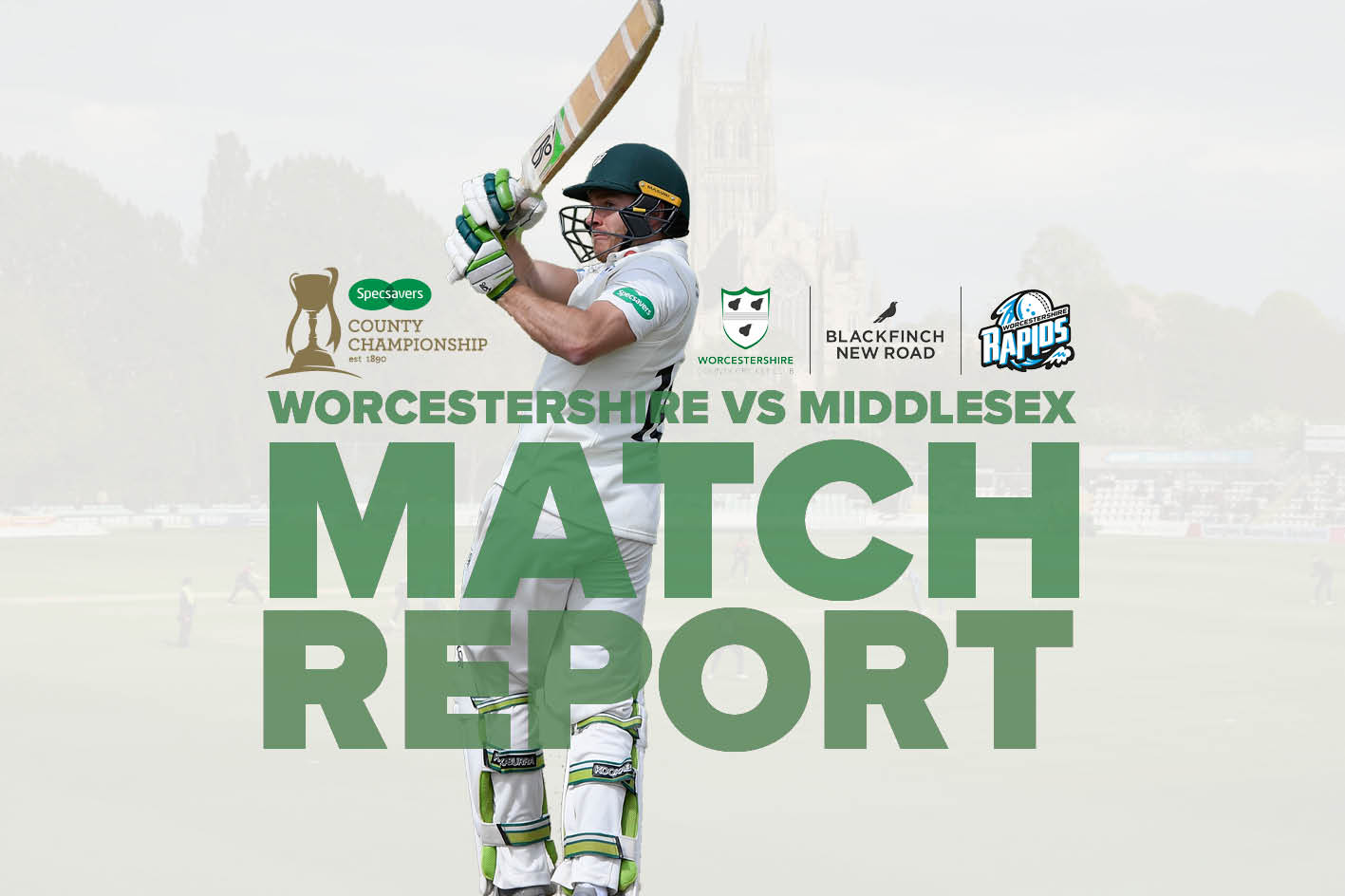 Daryl Mitchell and Ross Whiteley scored half centuries as Worcestershire went down by 127 runs to Middlesex on the final day of the Specsavers County Championship encounter at Blackfinch New Road.

Mitchell made a determined 51 before he was fifth out with the total on 135 and then Whiteley mixed aggression with defiance before he was last out for 60.

Worcestershire had been set a 353 target after Middlesex declared on their overnight 287-6 and were bowled out for 225 with 22.3 overs remaining.

Veteran paceman Tim Murtagh,38, steered Middlesex to their first Championship victory of the campaign with figures of 6-51 from 18 overs and a match analysis of 35-16-76-8.

The home side fought hard but failed to produce the high standards they demand of themselves for much of the game.

Murtagh took the new ball and struck in successive overs.

Tom Fell (4) was undone by a ball which bounced on him and nicked to Sam Robson at first slip with five on the board.

George Rhodes departed lbw for a duck to a Murtagh delivery which nipped back sharply.

Mitchell and Callum Ferguson tried to rebuild the innings and the latter dug in for 21 balls before getting off the mark and then unleashing a succession of boundaries before lunch.

They steered Worcestershire to 91-2 at lunch but Murtagh came back into the attack after the resumption to re-assert a position of authority for Middlesex.

Ferguson (43) went for a drive to his first delivery of the afternoon from Murtagh and was pouched by Steve Eskinazi who held onto a head high catch at second slip.

Mitchell went to his half century – containing nine fours – with a single off Murtagh but in his next over dragged a delivery onto his stumps.

Ben Cox (14) and Ed Barnard (11) were both caught behind off Tom Helm and Toby Roland-Jones respectively.

Whiteley’s half century came up from 90 deliveries with seven fours.