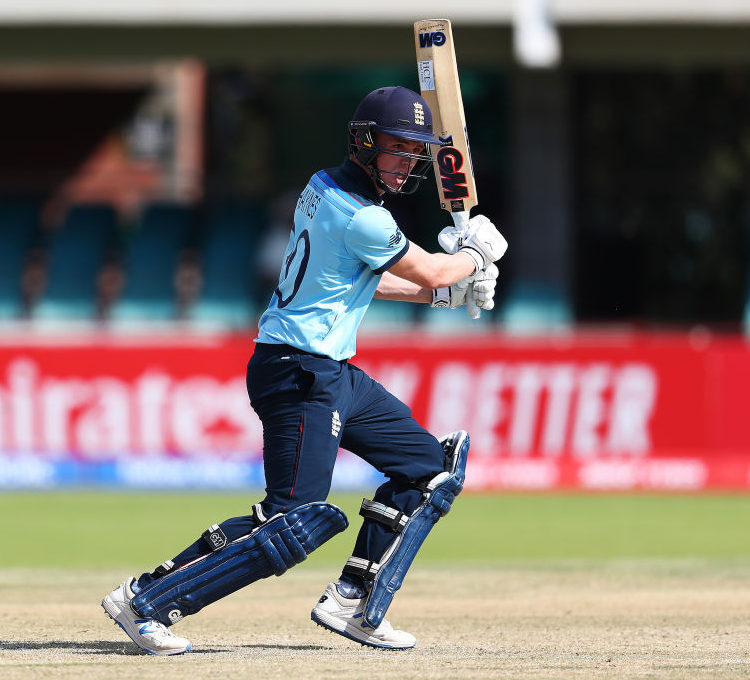 Jack Haynes was dismissed for 27 – after earlier taking a sharp catch – as England Under-19s went down by 71 runs via the Duckworth Lewis Method to West Indies Under-19s in their opening ICC World Cup match in Kimberley today.

The Worcestershire CCC batsman came in at number four and looked in good form during his 36 ball knock and he featured in a fluent half century stand with Thomas Clark.

But England fell short in their pursuit of a revised target of 256 in 43.4 overs after a rain break and closed on 184-9.

Haynes and his team-mates will now look to bounce back in Thursday’s encounter with Australia – also beaten by the West Indies on Saturday – at the same venue.

The West Indies were put into bat by England captain George Balderson and totalled 267-7 in their 50 overs.

Haynes was involved in England’s first breakthrough, holding onto a chance at short cover, offered by West Indies captain Kimani Melius (24) off spinner Hamidullah Qadri to end a stand of 47 in nine overs.

The West Indies were 138-5 at one stage but a sixth wicket stand of 101 in 12.4 overs between Kevlon Anderson (86 not out) and Nyeem Young (66) enabled them to post a challenging target.

Haynes came to the wicket at 69-2 in the 21st over and gradually accelerated.

The 18-year-old cut spinner Ashmead Need for two two’s in the 26th over in which England brought up their hundred.

Haynes then hit with the spin against Matthew Patrick and deposited a delivery over long on for a massive six.

He pulled a short ball from Young to the boundary to bring up a run a ball half century stand with Thomas Clark.

The partnership was broken one ball later when Clark was lbw sweeping at Need.

Haynes eventually fell to Young when he tried to hit a short ball into the surface over mid off and was caught with the total 131-5 after 33 overs.

A short rain break immediately followed and England were unable to reach their revised target with Young picking up four wickets.