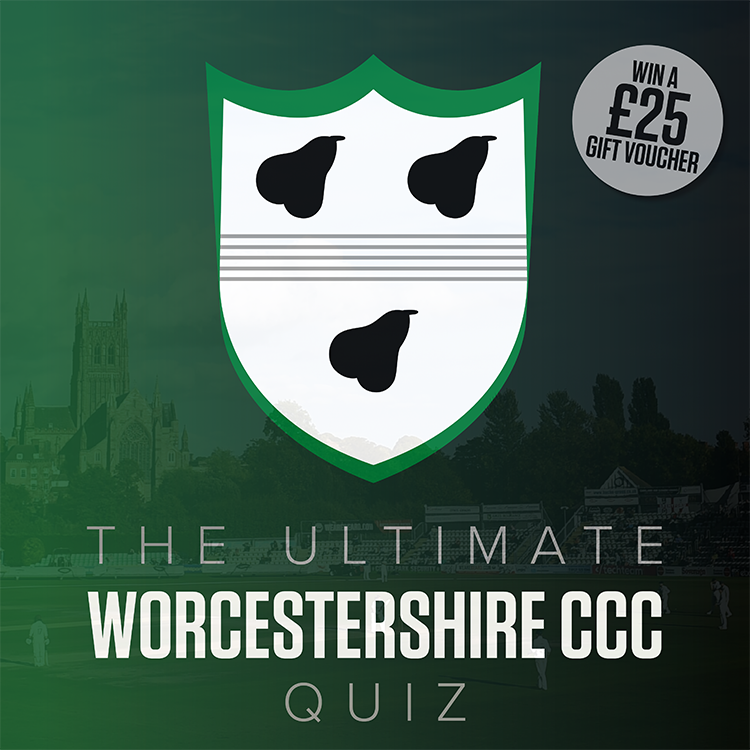 Our first Worcestershire CCC ‘Ultimate Quiz’ has been a resounding success – and now Club Captain Joe Leach has selected the winner.

Large numbers of members and supporters took part in the quiz for which the prize for the winner was a £25 voucher to spend in Worcestershire CCC’s new online Club Shop.

About a third of those who participated came up with a superb ten out of ten in terms of correct answers.

Question five ‘Who was appointed England ‘A’ captain for the 2003-2004 tour of India but had to leave the tour with a hand injury before he played a game?’ to which the answer was current Worcestershire CCC Head Coach Alex Gidman – stumped quite a few people.

But that challenge was overcome by some of you to leave Joe having to select from a sizeable number of people who achieved the maximum number of correct answers.

The winner picked out by Joe was Peter MacLaren and its congratulations from everyone at Blackfinch New Road.

Peter can use his retail voucher to choose from a wide range of official club merchandise including Worcestershire CCC and Rapids branded clothing plus accessories for adults and juniors.

Already there are over 70 different items in stock, including the option to pre-order new playing shirts, in the Online Club Shop with many more products becoming available during the forthcoming weeks.

The second Worcestershire CCC ‘Ultimate Quiz’ will be posted on the club’s website and social media streams on Monday 25 May 2020 with another £25 voucher to spend in the new on-line Club Shop up for grabs.

The answers to the first quiz were:

4 — Which Worcestershire batsman scored 2,385 runs at an average of 54.20 in the 1964 County Championship winning season? Tom Graveney

5 – Who was appointed England ‘A’ captain for the 2003-2004 tour of India but had to leave the tour with a hand injury before he played a game? Alex Gidman

6 – Pat Brown was the competition’s leading wicket-taker when Worcestershire CCC won the 2018 Vitality Blast with how many wickets? 31 wickets

7 – What honour was bestowed upon – amongst many other Worcestershire CCC players – Basil D’Oliveira (1967), Neal Radford (1986) and Alan Richardson (2012)? Wisden Cricketer of the Year

9 – Which player who was part of Worcestershire CCC’s County Championship winning squads of 1988 and 1989 – his only two seasons at Blackfinch New Road – is now a first class umpire? Steve O’Shaughnessy

10 – Which Birmingham Premier League club does Tom Fell play for when his county commitments with Worcestershire CCC permit? Wolverhampton