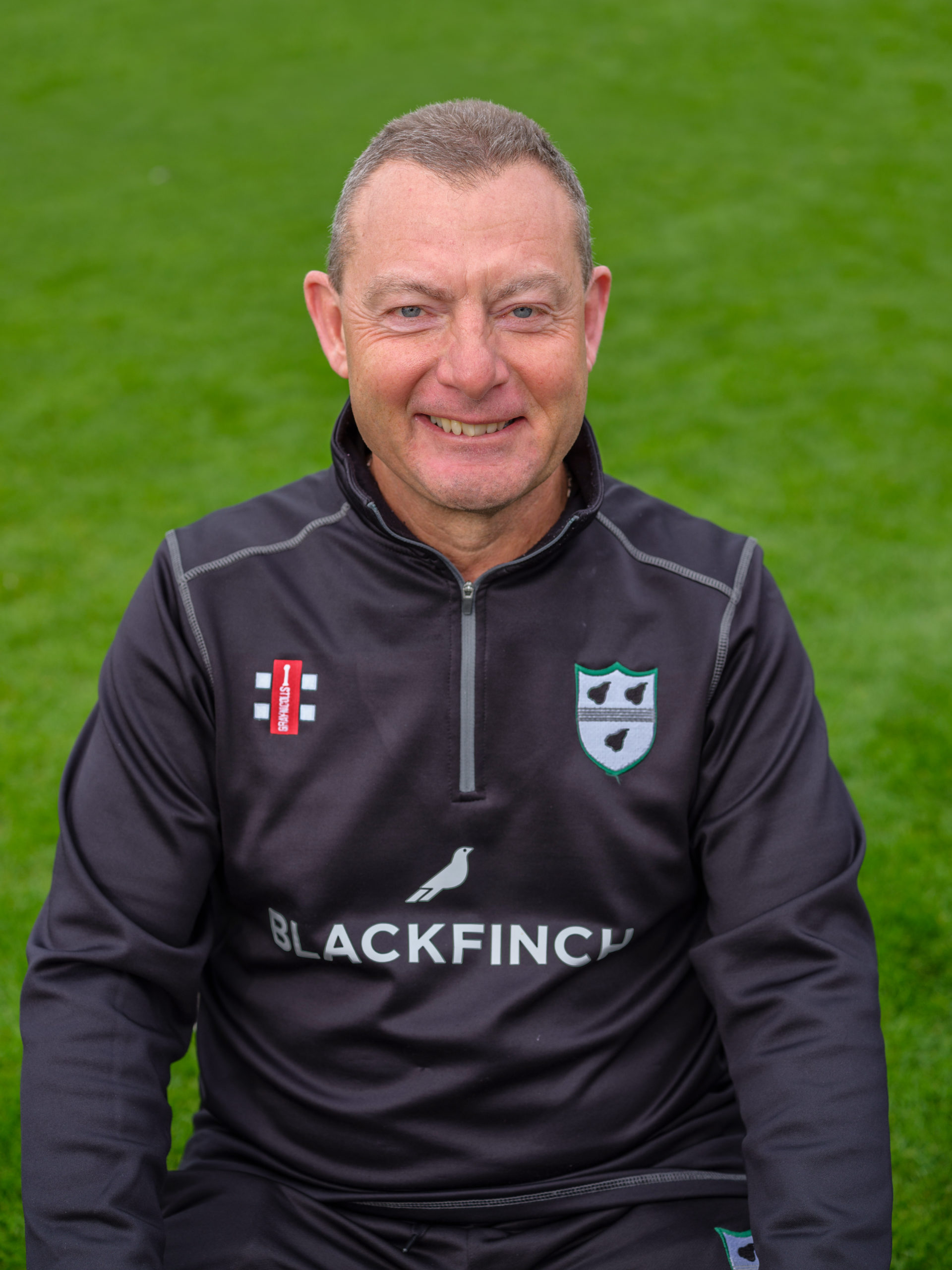 Worcestershire’s coaches and players can reflect on a season to remember during the long winter months ahead when they are planning and preparing for the 2019 campaign.

The Rapids won the Vitality Blast for the first time on a never to be forgotten finals day at Edgbaston and also reached the semi-finals of the Royal London One-Day Cup for the second year running.

The disappointment was being relegated from Division One of the Specsavers County Championship – a setback everyone is determined to try and rectify next season.

Here Head Coach Kevin Sharp looks back on the events on the field from April through to September in a Question And Answer session with the Worcestershire CCC website.
—
Question. Kevin what are your thoughts when you view the 2018 season in the cold light of day?

Kevin Sharp: “It’s been a rollercoaster hasn’t it? To have won a trophy and been relegated within the same few days is quite an emotional thing really.

“Overall from a Championship perspective, we’ve competed well for lots of the time and probably what we haven’t done so well is seize the key moments when we’ve got into a position to win a game.

“We haven’t been quite able to drive that over the line and I think that is what has cost us.

“But that will be good learning for the lads. Apart from a couple of games, most of the time we’ve really competed.

“We ‘ve gone toe to toe with the County Championship winners (Surrey) over two games so that tells you a lot. It tells you what we are capable of in red ball cricket.

“It’s just consistency. That is the key and not losing sessions badly. It you lose a session, you lose it by 55 per cent and not by 85 per cent. Those are the key learnings from this.

“We’ve had a little chat about the future and now we’ve regrouped after a break we will start to nail down about what we are going to do about getting back up.”
—

Question: There are four games you lost against Somerset away, Essex at home, Lancashire away and Surrey at home you could easily have won?

Kevin Sharp: “I know and it’s just been those key moments that teams have taken away from us like the Lancashire game at Southport when they were 60-4 chasing over 300.

“You think you’ve won, and we didn’t do a lot wrong actually, but the lad (Dane) Vilas played out of his skin. That’s cricket. That happens.

“Then against Surrey here, it looks like Morne Morkel is coming towards the end of his spell, he gets a wicket, they keep him on, and suddenly he bowls two or three magic overs and cleans you up.

“Suddenly the game becomes more difficult to win when it looks like we might get 320-330 in front, it’s suddenly 260.

“The other side of the coin is the white ball cricket. We were two balls away from Lord’s (Royal London One-Day Cup) and we’ve won the T20 competition (Vitality Blast), and so it’s a magnificent season.

“If someone had told me that at the beginning of the year, you’d be pretty happy wouldn’t you so all in all, yes a mixture of disappointment but also fantastic joy.

“Now we will really look to achieve that goal of being a consistent team in the top division of the Championship.”
—
Question: You lost Joe Leach and Josh Tongue, two of the three leading wicket-takers in 2017. The impact of that can’t be under-estimated.?

Kevin Sharp: “No you can’t. Injuries happen in cricket. You don’t whinge about it. You just get on with it. But it’s a fact that we’ve lost our captain who is a prolific wicket-taker in red ball cricket.

“Obviously that’s to our detriment but what it has done is create opportunities for younger players to play more cricket and they will only benefit from that.

“We have been a bit unfortunate with the injuries this year. There’s been a few more than we normally get but we’ve coped with it. Certainly in the white ball cricket, we’ve managed to cope with it well with a loan signing (Luke Wood) and that sort of thing.

“The lads coming through are the positives and lads like Dillon (Pennington) will have learnt so much. You don’t expect really full on consistency from lads at that age. They will have a good day and a not so good day.

“Until they’ve played a bit and got a bit more experience, that’s what you expect from a young player.

“Young Ben Twohig has managed to play six or seven games this year and he will learn an awful lot from that and did pretty well in the last game. Ollie Westbury has played two or three games towards the end of the season as well.

“There has been some opportunities and it creates more competition for places and that’s what you want.

“If you’ve got a player or two who have been left out who have played a bit of first team cricket, they don’t like it but it creates competition and that is important.”
—
Question: Looking at the Vitality Blast in general, you were awesome all the way through the competition?

Kevin Sharp: “The way I see it is, although the players are still relatively young in age, they are not young in experience now – the Coxy’s of this world, the Dolly’s and the Barny’s.

“These lads have played a lot of cricket now, and they have played since they were teenagers, and what they are doing is taking the responsibilities.

“Pat Brown for example who has come in. He has really only played a handful of games. Yet the responsibility they have taken to win games of cricket for us has been awesome.

“It is almost a team ethos and what hasn’t happened is, with the overseas players, your Guptills, Fergusons, Heads, there is no panic if they don’t have a good day.

“There is no ‘oh god, he’s out’ sort of reaction or if Mo (Moeen Ali) is out. There is not like a panic amongst the group. What has happened is lads are putting their hands up and saying ‘I’ll do it’ and that’s the reason why we won it.

“It’s been different individuals on different days who have come to the party if you like and performed.”
—
Question: Batting wise everyone chipped in and the bowling in T20 and fielding was incredible?

Kevin Sharp: “We pride ourselves on that. There are two coaches in Alex Gidman and Alan Richardson who have taken great responsibility for running white ball cricket.

“Their expectations are high of the players and they work them to achieve excellence and it’s paid off.”
—
Question: Your thoughts on the One-Day Cup campaign?

Kevin Sharp: “We were two balls away from Lord’s. A great game of cricket. You are obviously disappointed and we’ve lost two semi-finals in two years now. Great to get there but you don’t like losing.

“Sussex lost to us in the T20 Blast final. You look at their lads and they were a bit down in the dumps and were disappointed but we’ve been there. We know what it is like.

“To have the celebrations of winning something, that’s what you play for. You work hard, you love the game, you care about it, you care about your team-mates and we are all in it for the same reason and professional sport, you want to win.

“You seem to have more bad games in cricket than good days. I remember Saeed Ajmal after we lost one game and we had a post mortem and he said to me ‘Kevin, cricket, 70 per cent cry, 30 per cent happy’ and it makes sense.

“One thing we have got here is a very good culture and environment. It’s a club where people generally think a lot about each other and we are together and team spirit….you don’t have to be the team that is the most expensive that gets the results.

“Look at football a couple of years ago. Leicester City….how come they won the Premier League?
“There is something very good going on within the group and they play for each other and this is what these lads have done.”

☝️ WICKET & END OF INNINGS Charlie Morris picks up his fourth wicket of the innings, getting Taylor caught by… https://t.co/F78IMxKcRY

☝️ WICKET @JoshTongue strikes in the first over of the day, Shaw brilliantly caught behind by a diving @BenCox10… https://t.co/n9ocWwKkI2

Day Two about to get underway! https://t.co/EV9Vm15su9

Which one of Day One’s wickets was your favourite delivery? Comment below 👇 https://t.co/UxsraA4lvu

Worcestershire CCC bowlers struck back in spectacular fashion by claiming six wickets in the final session to take… https://t.co/282rFx4tFU

🏏CLOSE OF PLAY The day comes to an end as @Gloscricket stand at 246/8 with Roderick and Shaw continuing in the mor… https://t.co/WwqyoRSO8s

WICKET! @joeleach230 joins the club as he bowls to Payne who is caught by @BenCox10 Shaw makes his was to the cr… https://t.co/Zv1QXyvozE