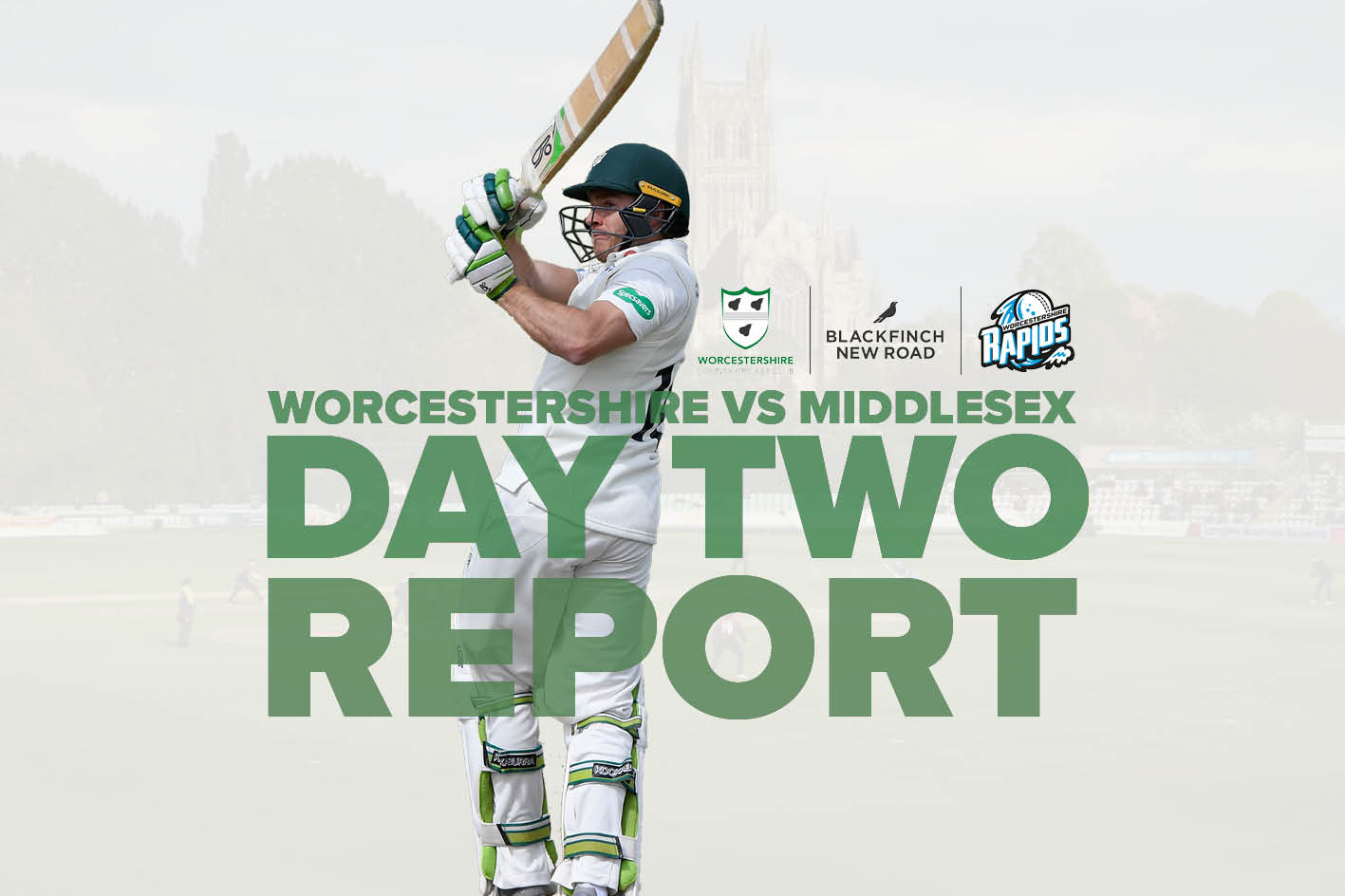 Worcestershire club captain Joe Leach made contributions with bat and ball on day two of the Specsavers County Championship encounter with Middlesex who hold the upper hand at Blackfinch New Road at the half-way point in the game.

Leach was second top scorer with 32 not out and a last wicket stand of 40 with Charlie Morris reduced Middlesex’s first innings lead to 65.

The 28-year-old then sent Max Holden and Sam Robson with the new ball before skipper Dawid Malan and Nick Gubbins put together an unbroken stand of 175.

Worcestershire resumed this morning on 64-3 with opener Tom Fell having defied the visitors attack for 27 overs on the opening day.

He added one to his overnight 18 before he pushed forward to Tom Helm and was bowled.

Helm dismissed nightwatchman Josh Tongue (7) who fended off a delivery which bounced on him and Nathan Sowter held onto a low chance at second slip.

The players were driven off by a heavy shower and an early lunch was taken at 12.30pm with the total on 85-5.

When the action resumed, Riki Wessels (7) pushed forward to Tim Murtagh and was bowled.

The Middlesex paceman’s next delivery jagged back and accounted for Barnard (6) lbw while Cox (19) was dismissed in a similar fashion by a Harris delivery.

Resistance came from the last wicket Worcestershire pair of Leach and Morris (15).

Morris collected three fours in an over from Roland-Jones before he was lbw to spinner Nathan Sowter.

When Middlesex batted for a second time, Leach quickly made an impact with the new ball with Holden (2) and Robson (9) both lbw before the Malan-Gubbins stand.