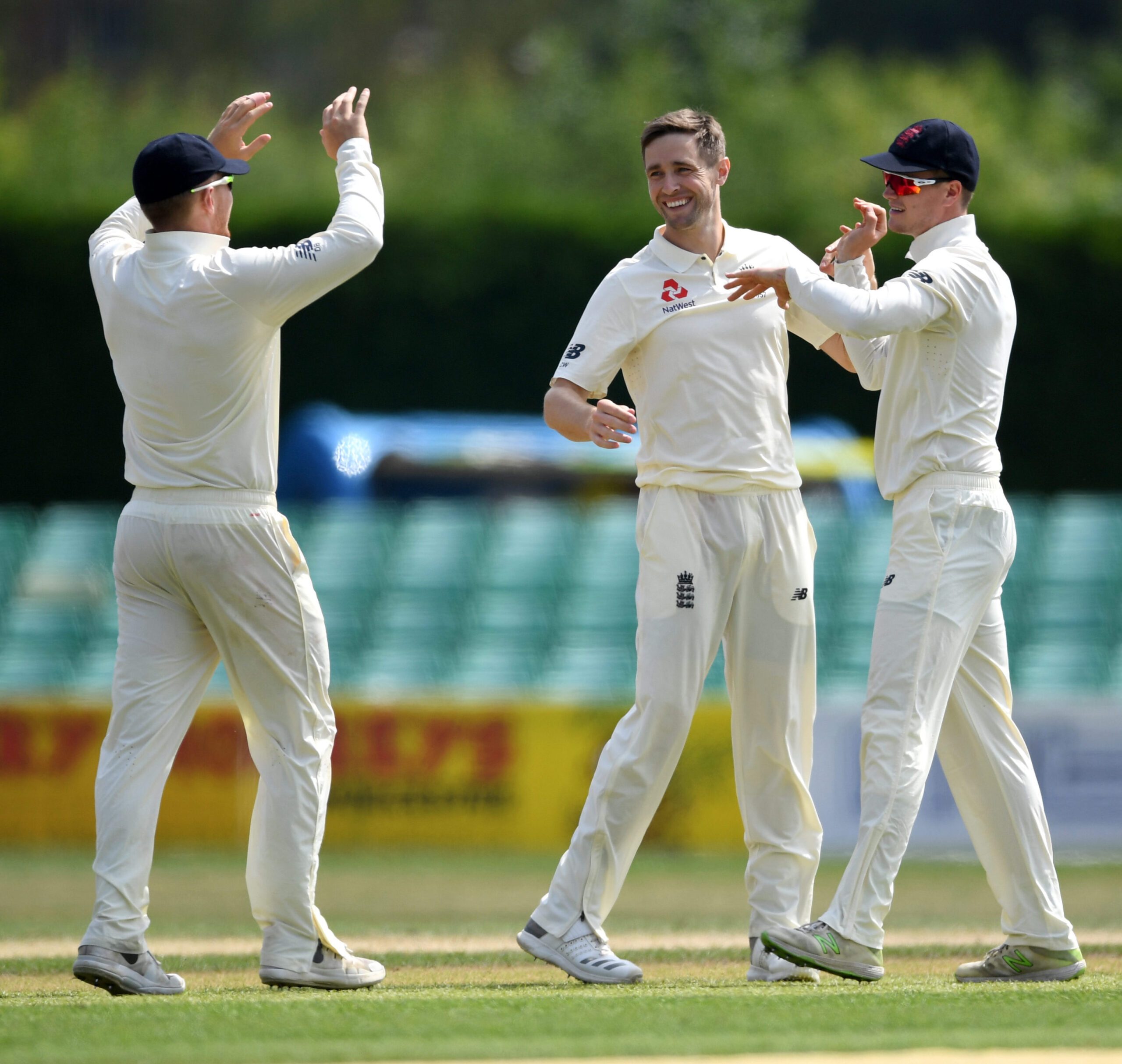 Surrey team-mates Sam Curran and Ollie Pope shared the individual honours with Dawid Malan and Chris Woakes as England Lions drove home their advantage on the third day against India A in Worcester.

Curran earned figures of five for 43 as the Indians slumped from 189 for four to 197 all out in their first innings, with Woakes collecting two wickets to confirm his comeback after knee and quad injuries is on track.

Then Malan and Pope made half centuries – a second of the match for Malan, and Pope on his Lions debut – as the Lions made 194 for five in their second innings before declaring late in the day.

That decision paid off as Jamie Porter took two wickets and Curran his sixth of the match to leave the tourists tottering on 11 for three – although the Lions still have work to do to complete victory on the last day, with three of the four members of this team who have been included in India’s Test squad still to be dismissed.

It was Woakes who made the first breakthrough of the day after a deceptively quiet start, bowling Rishabh Pant for 58 after a fifth-wicket stand of 96 with Ajinkya Rahane when the wicketkeeper erred in judgement by playing no shot.

That triggered a collapse as the Indians lost their last six wickets for eight runs inside five overs – four of them falling to Curran, who exploited cloudy conditions in a superb spell from the New Road end.

The Surrey all-rounder had Rahane caught behind down the leg-side with his first ball of the day, then pinned Shahbaz Nadeem lbw with his second.

Then Curran wrapped up the innings by winning two more lbw shouts in the space of three balls, to complete the sixth five-wicket haul of his first-class career.

India hit back when the Lions began their second innings, with Alastair Cook falling cheaply after his first-innings century, and Nick Gubbins also dismissed in a lively new-ball spell by Siraj.

Malan joined captain Rory Burns at 25 for two and the left-handers calmed things down in adding 57 until Burns edged Siraj to Pant in the last over before tea.

Malan, who had made 74 in the first innings, completed another half century before he was stumped off Nadeem’s left-arm spin, and Woakes then joined Pope to add a quick 52 for the fifth-wicket.

Woakes drove a catch to deep cover in the over after Pope had reached a 71-ball half century, and Burns declared to set the Indians a tricky mini-session in the fading light.

Porter bowled Murali Vijay in the first over, then Curran had Prithvi Shaw edging to Malan at second slip in the second, before Porter won an lbw decision against Mayank Agarwal in the last over of the day.