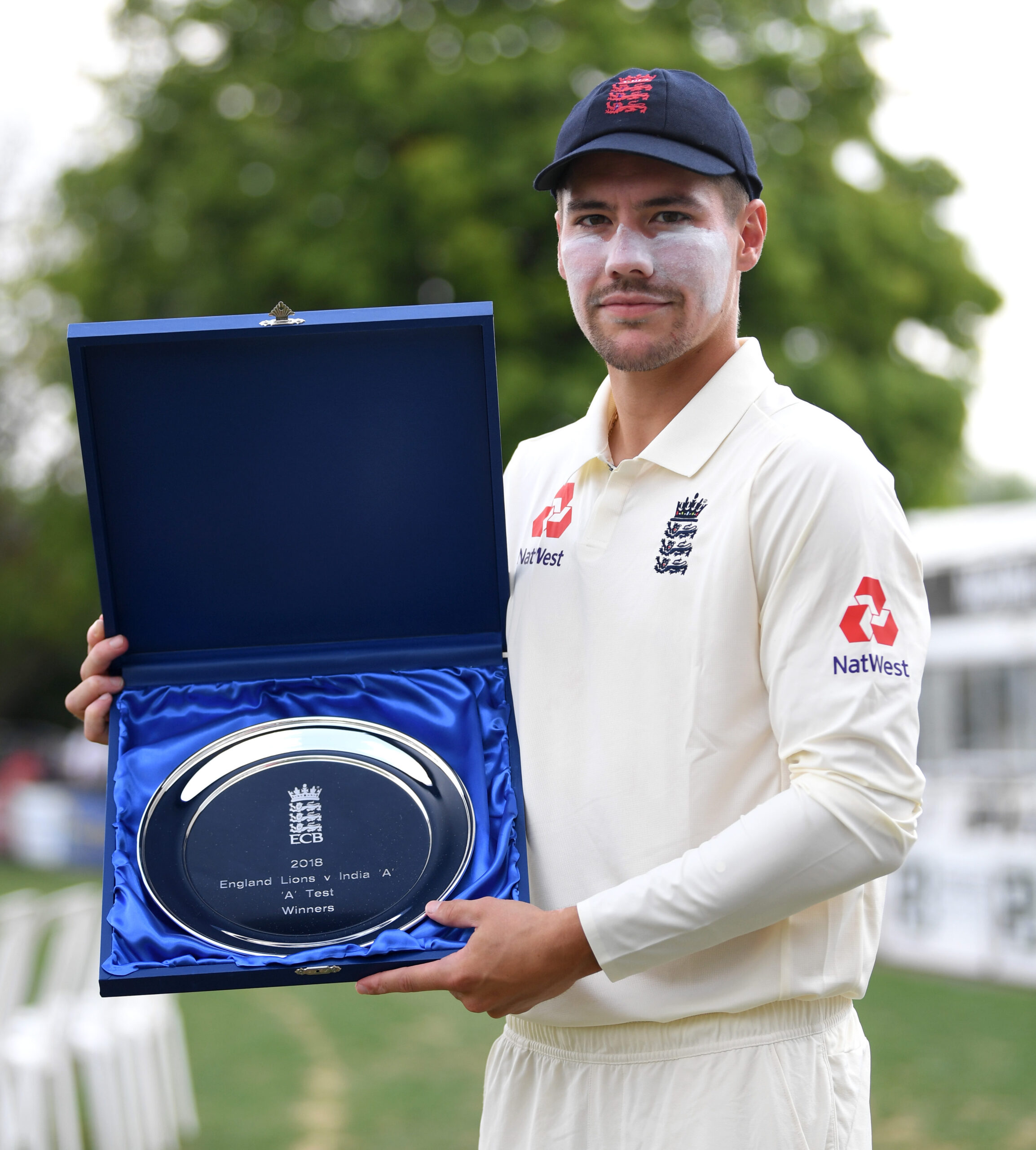 “Played one, won one,” joked Rory Burns after making his England Lions debut as the captain of a team who recorded a 253 run victory that was as impressive as it was emphatic against India A at Blackfinch New Road.

Mark Ramprakash, who has taken over as Lions head coach this summer with Andy Flower taking on Andrew Strauss’s role on a temporary basis, congratulated the players for close to a complete performance after they rose to the challenge presented by an India A team packed with talent and international experience.

England selectors Ed Smith and James Taylor had also raised the stakes in this game by including six players with Test caps in the Lions XI – 156 of them through Alastair Cook.

Smith was present at all four days and was joined at various stages by Taylor, Flower and the ECB’s Talent Identification Lead Mo Bobat as the Lions players jostled to make a positive impression.

Cook led the way with his 180 in the first innings – the third highest individual score in an A-Test for the Lions or the England A and B teams who preceded them, behind Taylor’s 242 in Dambulla, and 211 by Jonathan Trott in Paarl.

But both Ramprakash and Burns stressed the collective effort that made this such an uncomfortable experience for the Indians.

Nick Gubbins helped Cook set the tone with 73 on the first day, Dawid Malan eased back into red-ball mode with a half century in each innings, and Ollie Pope marked his Lions debut with a sparky unbeaten 50 on day three.

Sam Curran became the youngest bowler to take five wickets in an innings for England in an A-Test, and ended with match figures of seven for 60, while Chris Woakes took a major step forward in his bid to prove his fitness for the Specsavers Test Series against India, and Jamie Porter and Matthew Fisher also impressed.

Somerset spinners Dom Bess and Jack Leach might have had some mixed feelings about the speed of India’s collapses, as they were restricted to a combined total of 24 overs – which may also have been a disappointment for Smith and the rest of the selectors.

But both ended the match on a high, with Bess claiming the high-calibre scalps of Ajinkya Rahane and Rishabh Pant, for 48 and 61 respectively, and Leach having Jayant Yadav – a surprise Test centurion against England in India two winters ago – miscuing to mid-off.

“It was a very pleasing performance,” said Burns. “They were a good side, and we had a pretty comprehensive victory. It was set up day one by Alastair Cook, backed up by Gubbo and Dawid, and the rest of the four days all the bowlers stuck in. Sammy took the plaudits on the first innings but they all worked as group.

“It was a bit bizarre captaining a team with all this experience. On the training day when it got announced to the group, Cooky was the first one to pipe up about me making my debut as captain.

“It’s the first time I’ve shared a dressing room with him. I’ve watched his bat hurt us a few times. But it’s been really interesting with Cooky and a few of the other guys, to see the other side of people having played against them quite a lot.

“This has been my first Lions experience and it’s been really enjoyable – 100% I want more. That’s up to me I suppose, go back to Surrey and keep trying to churn them out.”