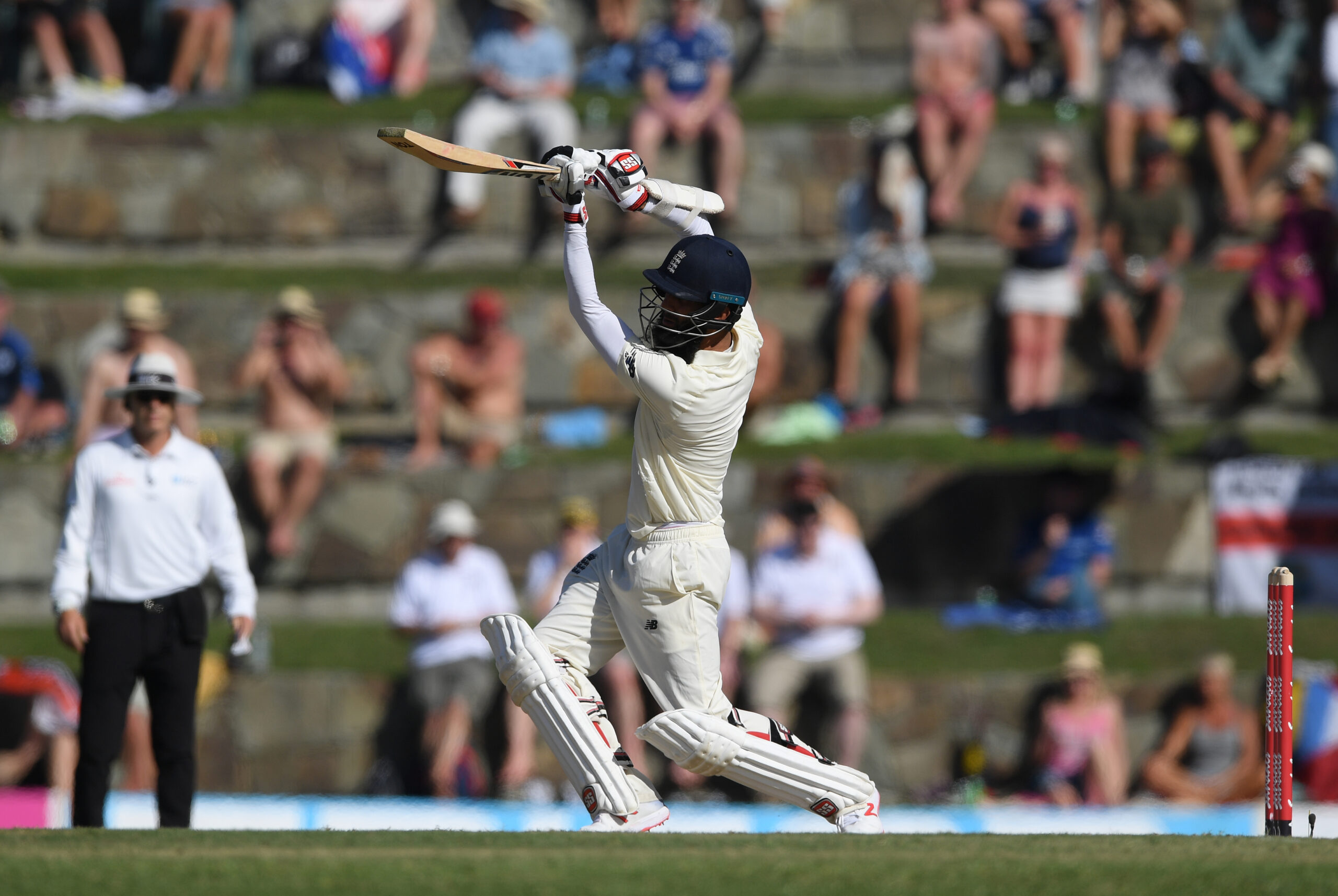 Moeen Ali recaptured his form with the bat as he hit an excellent half century to lead a partial England fightback on the opening day of the second Test with the West Indies in Antigua today.

The Worcestershire all-rounder also passed 11,000 first class runs in his career when he reached 14.

Moeen went to the wicket at 78-5 after the dismissal of Jonny Bairstow (52) and looking to make a big impact after registering a pair in the opening Test.

But he showed that he was back to his best by moving onto an unbeaten 55 out of 172-6 by tea after adding an unbroken 79 with Ben Foakes (32 not out).

Moeen got off the mark with a punch for two off one-time Worcestershire overseas player, Kemar Roach, and a boundary down to fine leg off Alzarri Joseph took him to the 11,000 run mark.

He grew in confidence and stroked Windies captain Jason Holder back down the ground for four.

The 31-year-old hit spinner Roston Chase over cover to the ropes and flayed Joseph through point for another boundary.

Moeen used his feet to strike Chase over the mid wicket boundary for six after the spinner tossed the ball up outside the off stump.

Foakes gave him excellent support as the half century partnership between the pair came up.

Moeen’s own half century was achieved off 69 balls when slashing Holder high over the slips for his seventh four to go with the one six.

It was his first fifty in Test cricket for his country in 10 innings since the final Test of last summer against India at the Kia Oval.

Moeen was eventually dismissed for 60 off 104 balls with eight fours and a six when he drove at Roach and a ball of awkward bounce popped up to another ex Worcestershire overseas player in Shannon Gabriel.