Magoffin: First Spell At County Crucial To His Development As A Bowler
Friday, December 29th, 2017

Steve Magoffin admits his first spell with Worcestershire was a key time in his “development as a bowler.” 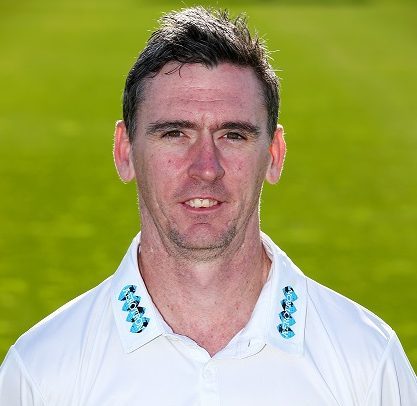 The paceman – now back at Blackfinch New Road for the 2018 campaign – initially played for the County a decade ago.

It helped the Australian to become accustomed to playing a high volume of cricket as he came close to playing for his country and then carving out a successful career.

Magoffin said: “What do I remember about that 2008 season? “It was a great time. It was my second time in England but my first time playing any volume of county cricket so it was a really new experience for me.

“I can reflect on that now as being a very important season in my development as a bowler.

“I returned to Australia after that stint and had the best spell of seasons in my Australian career.

“It got me used to playing a high volume of cricket, back to back games and things like that which doesn’t really happen too much in Australia.”

Magoffin enjoyed playing with the likes of Graeme Hick – in what was to be his 25th and final season – and Vikram Solanki.

He said: “The personnel was different back then, a different looking team to what it is now, but there were some legends of the club playing back then.

“To be able to say I’d played with Graeme Hick and Vikram Solanki will be remembered fondly at the end of my career. It was a great time.”

After his time at New Road, Magoffin returned Down Under and was called up for the Australian tour of South Africa.

He said: “It was at the end of the following Australian summer. It was a very brief call-up.
“There were a few injury niggles around the team in South Africa so I flew over for the second Test.

“I was close to playing but the guys who all had injury concerns were all okay on the morning of the game.”