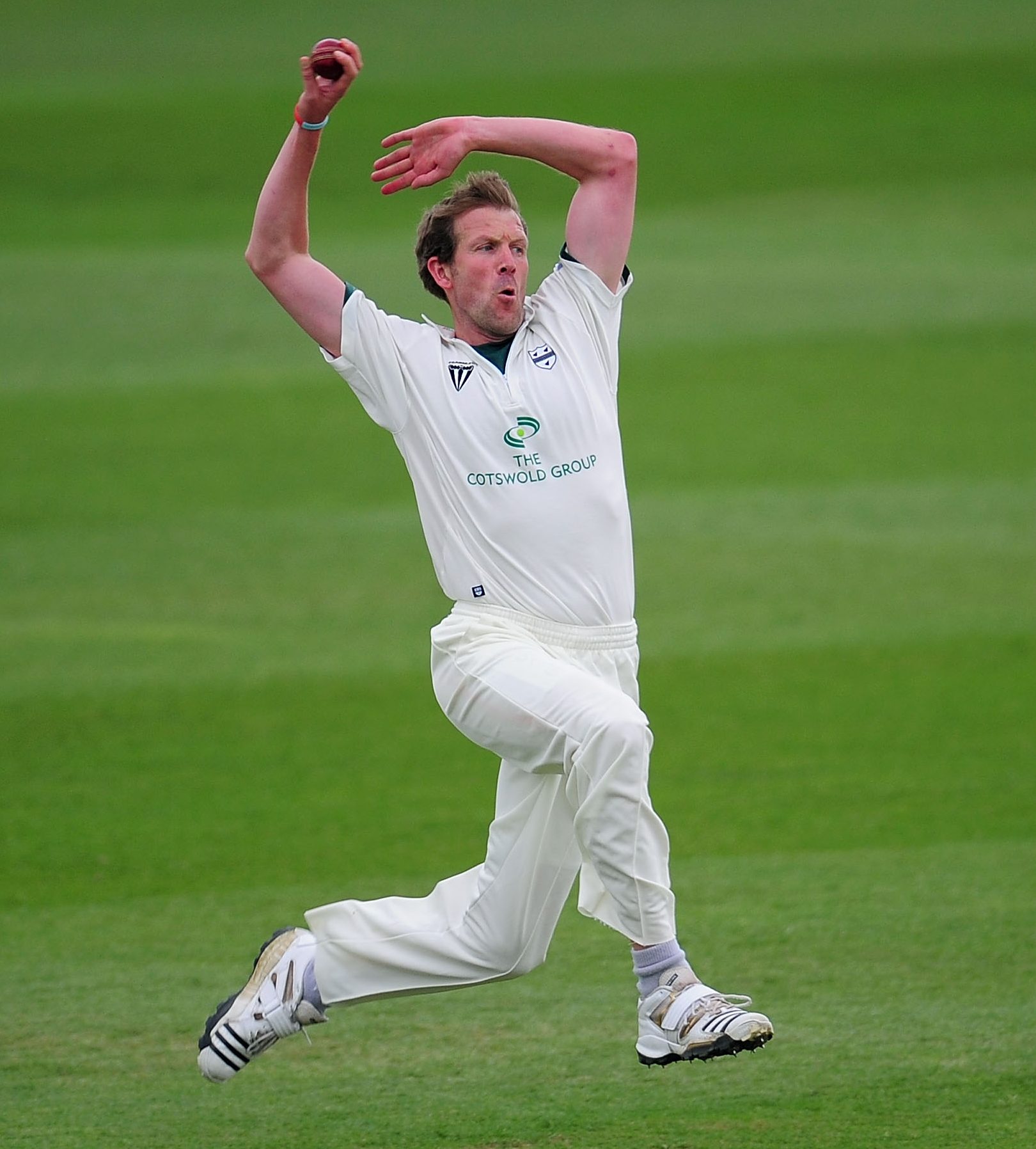 Richardson came to the County at the back-end of his career and returned 254 wickets in 60 first class matches.

He was named as one of Wisden’s five cricketers of the year for 2011 after a career-best tally of 73 wickets the previous summer before finally retiring during the winter of 2014.

Magoffin, who has joined Worcestershire from Sussex, said: “Richo was an unbelievable performer.

“When I was up against him in the same division, I knew if I was in or around the same number of wickets then I was going to be on track to have a decent season.

“He was almost a benchmark for me, like Chris Rushworth and Graham Onions at Durham at that stage.

“If I was up there with those boys, then I knew I was going to have a good year.

“But I knew I was going to be good for the team as well because I knew I was not going to go for many runs and if I could take 50, 60, 70 wickets then, with a bit of back-up from others, we would go okay.

“We finished third in Division One a couple of times and if I and Leachy (Joe Leach) can have that sort of impact together, then we hope that will really set the team up well to have a good year.”

Richardson played into his late 30s and, in terms of how much longer he will continue playing, Magoffin has certain guide-lines which he adheres to which will make his mind up.

He said: “I’m 38 in December, I’ve been asked for a long time what my plans are and how long will I play for.

“For me, I have basically a couple of simple things. If I still love doing it, if I can still enjoy the training, get through the winters which are tough and long, and if I can physically continue to do it, I’ll do it for as long as I can.

“But the big thing for me is if I can compete. If I can feel I can be out there and still get the best players out, then I’ll do it for as long as my body lets me and and as long as I am enjoying it.

“Those are the three things I always look at in terms of how long I want to play for.

“If it’s one year, it’s one year, but if it’s longer and I’m doing those three things, and Bumpy (Steve Rhodes) still wants me around, then we will go a little bit longer.”

Worcestershire also has special memories for Magoffin for personal reasons.

He said: “I met my wife Becky that season at New Road so that was obviously great and we’ve got two young children now.

“Being back at Worcester is so significant for my family as well and our two little ones can be around their grandparents and their cousins.

“That is a huge plus to be able to move back up there whilst still being able to play which from our point of view has worked out perfectly.

“What are my memories of the club? It was the old pavilion when I was there last so now the changing rooms are a bit bigger which is quite good! – and I don’t think it floods as much anymore.

“I have very fond memories of that year. It was the first chance to try myself in county cricket and I know I made a lot of good friends during that season.

“Although it has taken a long time to get back, every time we’ve crossed paths, it was like I was back playing there.

“It has been great to meet up with those guys who were around back then like Bumpy, Mitch, Mase, and those boys.

“Mitch has just had an incredible season. Thankfully I don’t have to bowl at him anymore! – only in the nets.”

*Read a full interview with Steve Magoffin on the Worcestershire CCC website during the next few days.