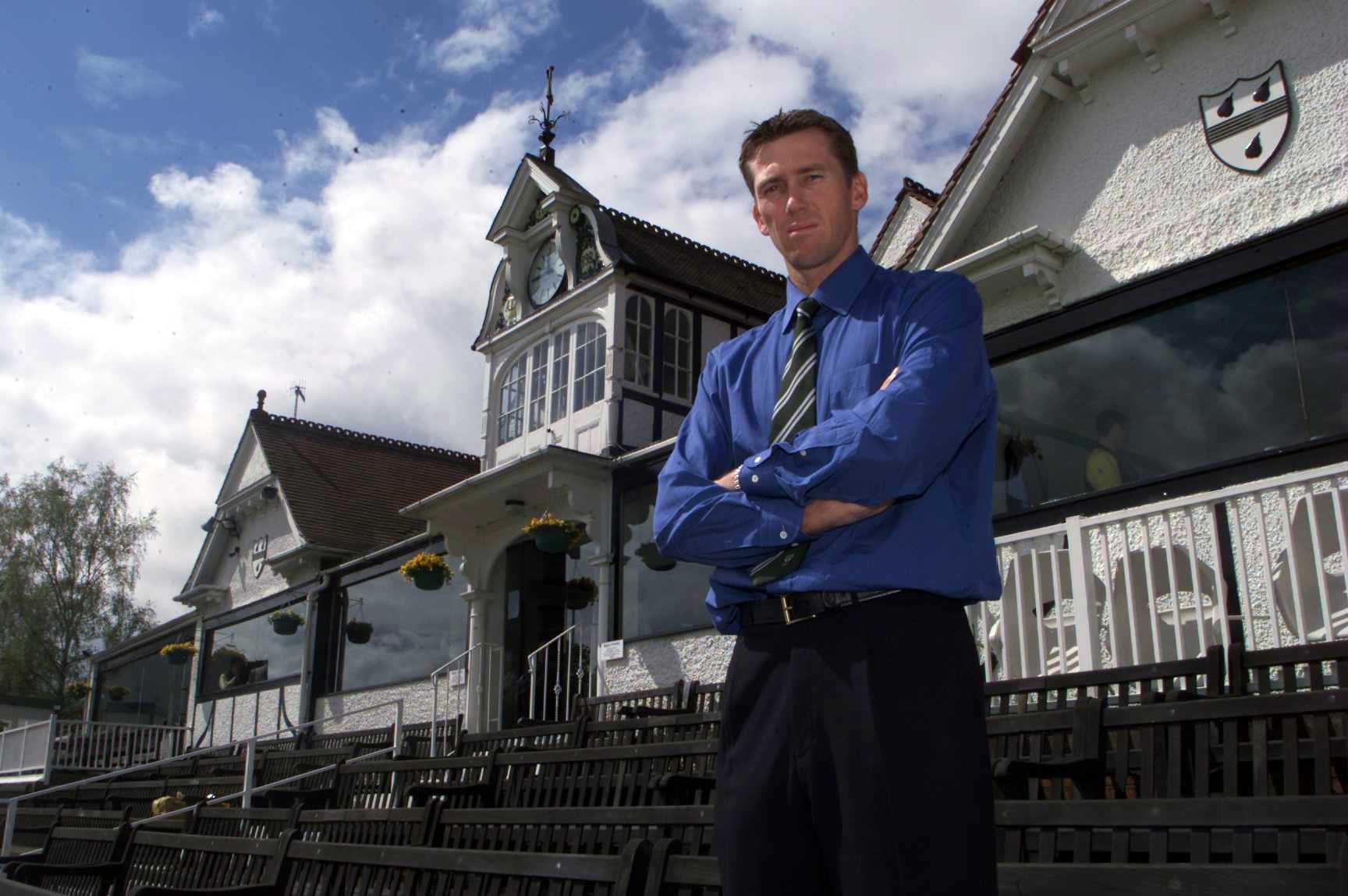 Many of the world’s greatest overseas players – in the Test arena and white ball cricket – have worn Worcestershire CCC’s colours during our proud history.

From Chris Gayle to Steve Smith, from Imran Khan to Kapil Dev, the superstars of the game have been seen at Blackfinch New Road representing the County.

We are looking back at some of those illustrious names and speaking to some of the players who played alongside them to give an insight into their skills and the impact they made for Worcestershire.

Beginning this series is Australian great, Glenn McGrath, who played at Blackfinch New Road for the entire 2000 season and more than lived up to his awesome reputation.

It was a massive coup for Worcestershire to secure the services of a player who went onto end his career with 563 Test and 381 ODI wickets.

McGrath amassed 80 wickets in 14 first class games for Worcestershire with his six five-wicket hauls including a magnificent 8-41 versus Northamptonshire.

In addition McGrath collected 30 wickets in the Norwich Union National League at an average of just 8.13 – and scored his maiden first class fifty against Nottinghamshire.

Stuart Lampitt shared the new ball with McGrath and that season collected 56 first class wickets himself and so is someone ideal to share his memories of the paceman on and off the pitch.

He said: “It was a major coup for the club and Tom Moody played a role in telling Glenn what Worcestershire was like as a club, having known him, and also aware he wanted a taste of county cricket before finishing his career.

“Glenn came to us when at his peak, still very much one of Australia’s king-pins, right at the very top of his game and was superb for us.

“I was fortunate at the start of my career to bowl alongside Graham Dilley and some of the spells Glenn bowled were exactly the same. You stood in the slips expecting the ball to come to you every delivery.

“It was also nice bowling at the other end to someone like Glenn or Dill because the batsmen tend to go after you a little bit more and you pick up some wickets!”

Lampitt says the McGrath out in the middle and the one seen away from the action were two vastly contrasting personalities.

He said: “What was noticeable was he was a similar character to Graeme Hick and was as quiet as a mouse and unassuming off the field, a most lovely guy who lived at Martley.

“He actually played a couple of games for Martley. It was my testimonial year and he opened the batting against Dave Bradley. He is a beloved life member of Martley and was that sort of guy with no airs and graces.

“He had a bit of ‘ginger’ in him and he didn’t like getting hit for four! But a lot of stuff was aimed at himself.

“He was very big on processes, was very much in his bubble and half of the time he was cursing at himself rather than anyone else.”

So what were the key strengths to McGrath’s game which made him feared by batsmen all around the world and that Worcestershire supporters were able to enjoy.

Lampitt said: “He had the ability to bowl a quick ball, although he was not in the top echelons of pace, but his control was second to none.

“Steve Rhodes (wicket-keeper) reckons he bowled only eight balls down the leg side all season! He was that accurate.

“I remember a game at Worcester against Yorkshire and Darren Lehmann, a top batsman, came in early and McGrath’s first six overs were maidens in a one-day game.

“He was unrelenting. He could hit a length where most batsmen would say ‘I’ll go forward to that’ but it would bounce around waist and chest.

“He had a real copybook action, hit the seam more often than not and a quality bowler and in the slips you always felt in the game.”

Lampitt revealed McGrath had a simple but effective thought process for getting the best out of his game.

He said: ““He used to talk about the three ‘r’s – recognise, release and refocus – and ‘did I do what I want to achieve?’

“Recognise where you want to bowl the ball, release that thought and then refocus on your way back to the mark what you want to do with the next ball.

“He dealt with it ball by ball. The most important thing was the next ball. He was very driven in that respect like a Richard Hadlee.

“It was different class just watching him operate. He also helped everyone. He saw that as part of his role. He was the elder statesman.”