Alex Milton admits it is “a dream come true” after signing his first professional contract with Worcestershire CCC. 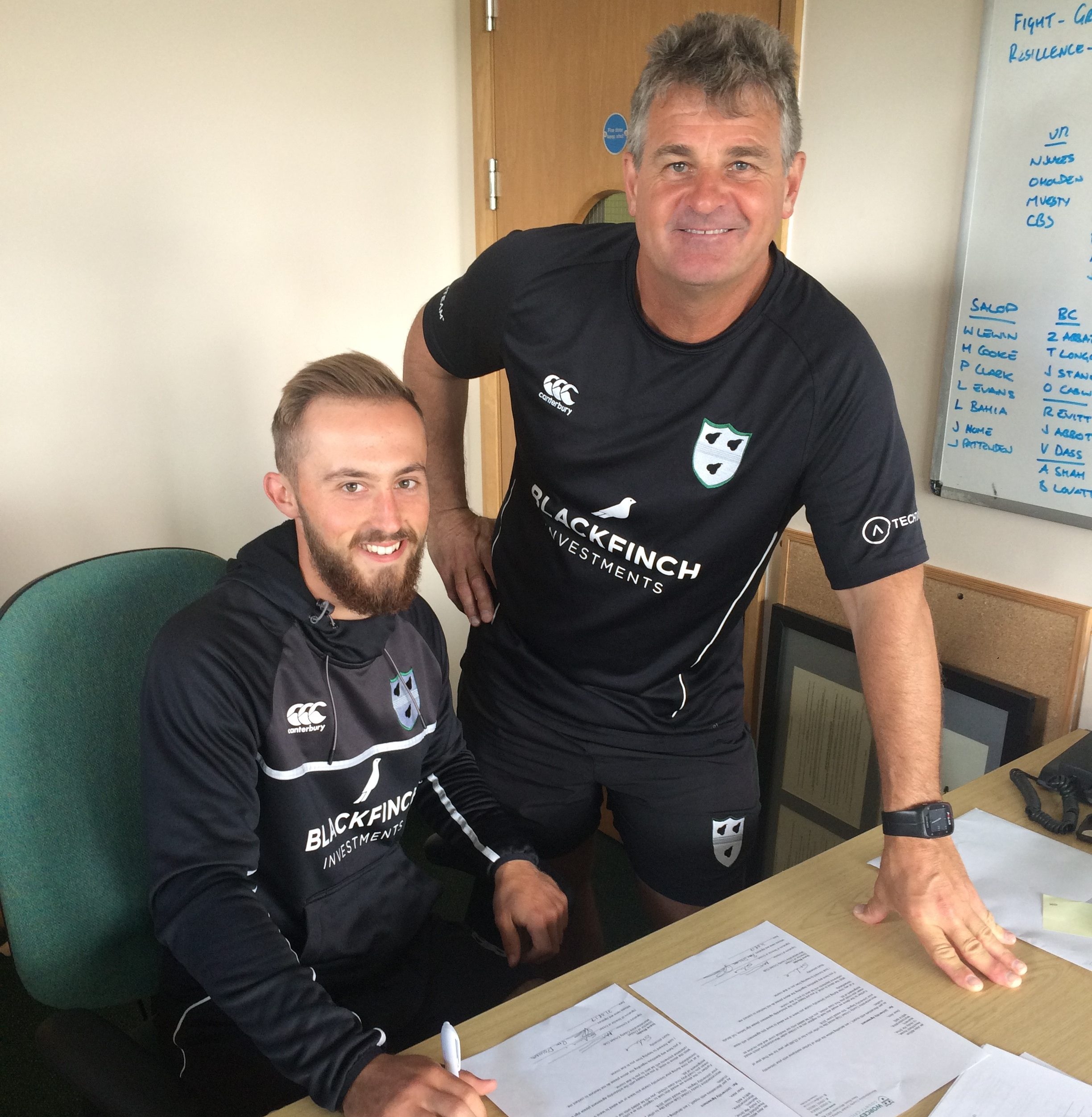 The wicket-keeper-batsman will be on a University Scholarship which the County will help to finance next summer as he completes his studies at Cardiff MCCU.

But the 21-year-old will then join up with the staff at New Road full-time for the 2019 campaign.

He is yet another product of the County’s flourishing Academy system who will be making the step into the professional set-up at New Road.

Milton has enjoyed a memorable season with the bat at university, club and second team level with Worcestershire.

He scored two hundreds for Cardiff MCCU against Loughborough MCCU and Bradford-Leeds MCCU – two of the stronger university sides – before helping Cardiff to a league and cup double, scoring 1,000 plus runs in the process with five centuries.

Milton has also made several important contributions for the County’s Seconds including an excellent 91 against a Yorkshire attack which included Ryan Sidebottom, Liam Plunkett, Jack Brooks and Ben Coad at RGS Worcester.

Redhill born Milton was rewarded with a first call-up into the first team squad for last week’s Specsavers County Championship clash with Gloucestershire at New Road.

Director Of Cricket Steve Rhodes believes Milton can push for a first team spot purely as a batsman.

He said: “Alex Milton has signed a contract. He is at University next year on a University Scholarship, and will join us full time in 2019.

“He has done really well, we are pleased with his form in league cricket and when he has played for our Seconds.

“He’s had the likes of Ben Cox as a keeper in his way, as well as Joe Clarke.

“What he has done is prove his worth as a batter now and that’s what has really impressed us the most, his run-scoring ability.

“He is certainly capable of pushing some of those first team players for a spot as a batter as well.

“There’s him, there’s also Alex Hepburn – both have had a good season in the second team and are keeping the first team lads on their toes.”

Former Malvern College pupil Milton said: “It hasn’t really sunk in at the moment. I’ve been working quite a while to get to this stage and it’s a bit of a dream come true for me.

“When Bumpy said to me they were looking to offer me something, you couldn’t really take the smile off my face for a little while!”

Milton worked under the late Academy Director Damian D’Oliveira and then had a year with the MCC Young Cricketers before linking up again with Worcestershire.

He said: “At Worcestershire, Damian helped me a lot in my younger years, I’ve got to thank Bumpy for giving me this opportunity and hopefully I can repay the faith, and Sharpy (Second Eleven and Batting Coach Kevin Sharp) is someone who has been a great help, especially with my batting.

“It’s been a good season personally. It’s just been one of those years where it has gone right, quite a lot of the time whether that has been with Uni (Cardiff MCCU), Cardiff CC or coming back and playing for the Seconds.

“It feels like everything has been going well and this first professional contract means a lot.”