Worcestershire batsman Daryl Mitchell has described the Professional Cricketers’ Association Big Bike Ride 3 as one of the toughest challenges he has ever completed in his life. 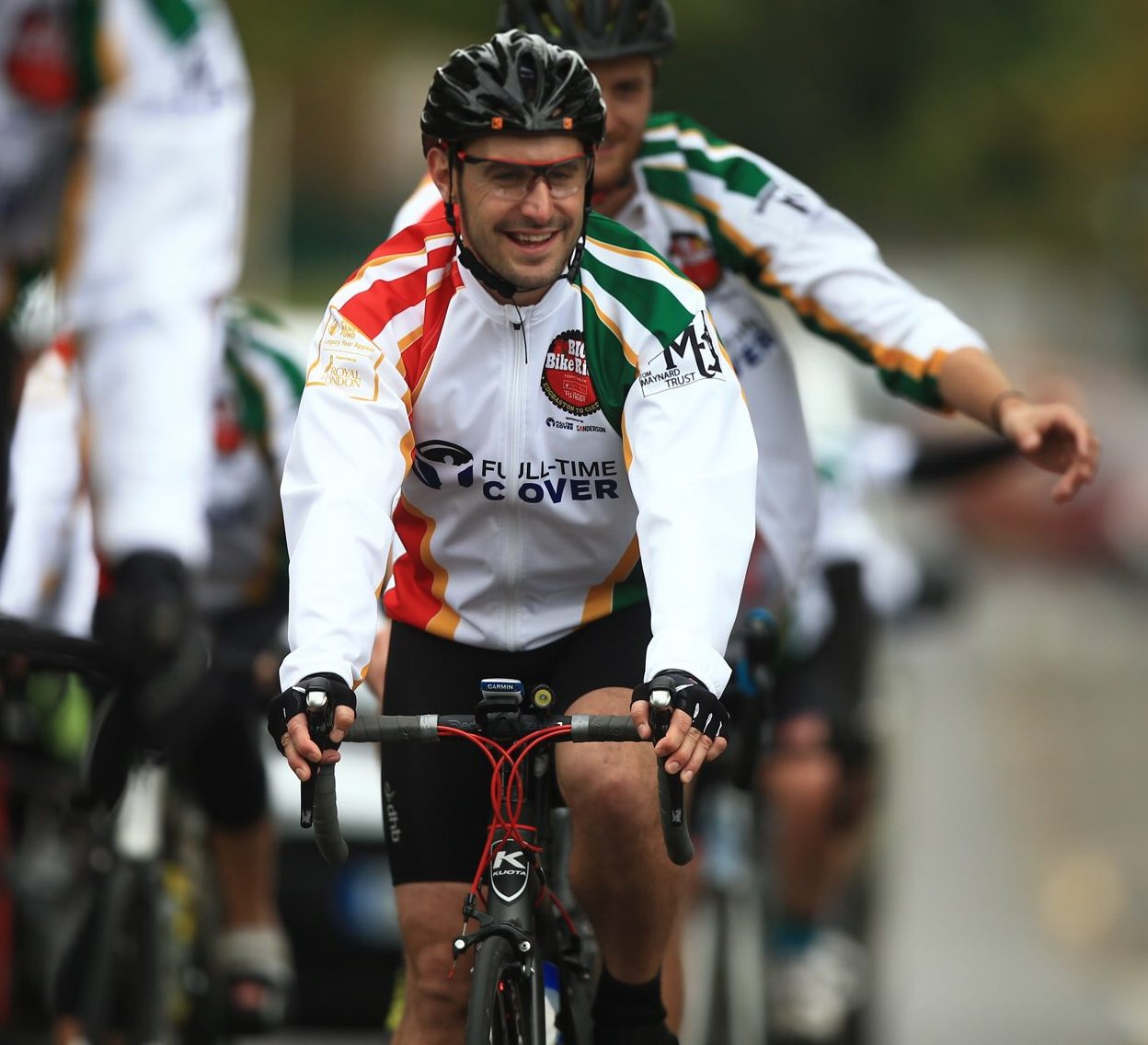 Mitchell – the chairman of the PCA – was amongst 60 riders who took part in a gruelling 360 mile cycle ride over five days which started in Birmingham on Friday and finished at the SSE SWALEC Stadium yesterday afternoon.

The journey took in some breath-taking scenery and punishing hill climbs on the route which included the Derbyshire Peak district, Shropshire, Malvern Hills, Forest of Dean and Welsh mountains.

The purpose of Bike Ride 3 was to raise money for the PCA Benevolent Fund and Tom Maynard Trust and Mitchell and his father-in-law, Mel Saunders, played their part by riding very yard of the route.

Thirty-three-year-old Mitchell said:“It’s certainly one of the hardest things I have done physically and mentally as well. It’s been pretty tough but all for two good causes.

“To get through that with good mates in the group is pretty special. It’s definitely something that I will look back on be very proud of myself.”

Mitchell said: “Going to Worcester was pretty special for me. Knowing the roads in helped and the last 20 miles from Cleobury Mortimer to riding through the gates at New Road was one of my highlights.”

Leatherdale said: “It’s been great to spend time with Matt and other people that I played a lot of cricket with and also people that the PCA have supported. You don’t get better a feeling than this although there are parts of my body that have no feeling at the moment.

“But the camaraderie of people on the ride, who are already asking ‘when are we going to do the next one’ shows what they think about it.

“We have done nearly the height of Everest in total climbs over the five days – between 26,000 and 28,00 feet, which is a fantastic effort.

“I think everyone will look back and say; it was hard work, it was a challenge but, boy, I will remember it for the rest of my life.”

Although Big Bike Ride 3 is over, the fund-raising continues. Donations can be made to support the riders until November 30 with the total raised, with Gift Aid, already over £79,000.

Leatherdale said: “Hopefully everyone will now be saying; I’ve now done it, you didn’t believe me three months ago and so hopefully that will add to the total. If we can add tens of thousands of pounds to it, it will benefit both charities.”

Matthew Maynard, the former Glamorgan and England batsman and father of Tom, the Surrey and former Glamorgan batsman who died in tragic circumstances in 2012, was one of the elite group who completed all three Big Bike Rides and who found this the toughest yet.

Big Bike Ride 3 was generously sponsored by Full-Time Cover insurance and Sanderson Contracts. All proceeds will be shared between the PCA Benevolent Fund and the Tom Maynard Trust.

The PCA Benevolent Fund was set up in 2000, and supports past and present cricketers, and their immediate family members in times of hardship and upheaval.

The Tom Maynard Trust was set up in 2012 and supports aspiring young sports people in a number of ways including sponsorship of the PCA’s annual Rookie Camp.