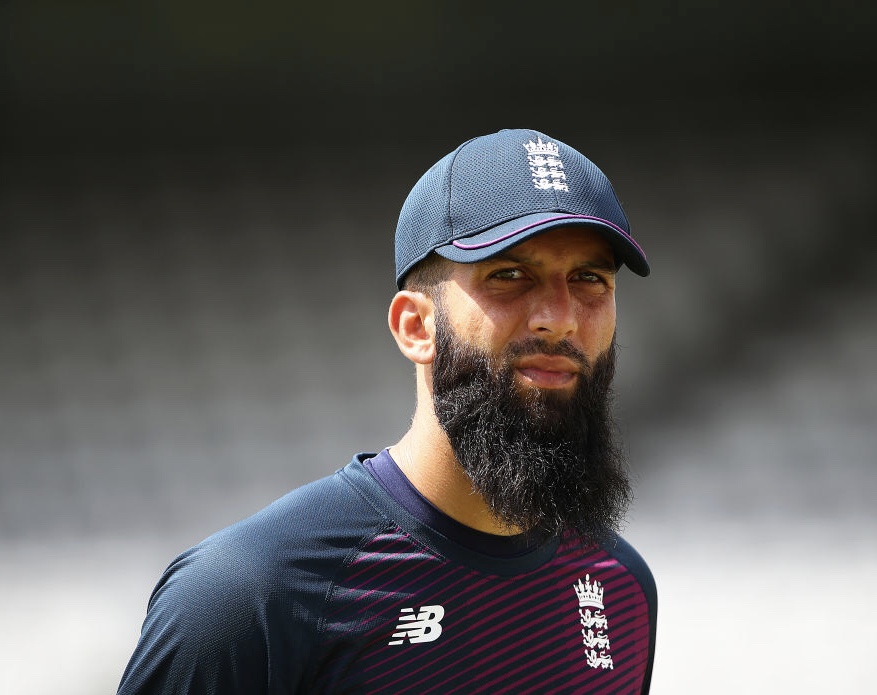 Moeen Ali has been included in England’s 30 strong “behind-closed-doors training group’ who will go into camp at the Ageas Bowl on Tuesday, June 23 ahead of the First Test against the West Indies starting on Wednesday, July 8.

The Worcestershire CCC all-rounder and his England team-mates, along with a separate red-ball management team will live, prepare and train on-site at the Ageas Bowl.

The players will participate in a three-day practice match starting on Wednesday July 1 and, after this match, the squad for the first Test will be selected.

Moeen last played Test cricket for his country in the first Test of last summer’s Ashes Series against Australia and undertook a winter break from the long format of the game.

He returned to international action in white ball cricket against Sri Lanka and South Africa and will be looking to add to his 60 Test caps if selected.

Commenting on the selection of the group, National Selector Ed Smith, said: “Everyone involved with England is delighted that cricket is returning soon, and that the players are reporting for group training in preparation for the Test series against the West Indies.

“We’d also like to thank all the county coaches who have supported these players over the past few weeks. A squad for the first Test will be announced in due course.”

The England and Wales Cricket Board have also confirmed the red-ball coaching team for the three-match Test series.

Graham Thorpe will support Head Coach Chris Silverwood in his role as Assistant Coach and specialise on batting. Three coaches from the county game have been seconded – Lancashire Head Coach Glen Chapple will work closely with Silverwood as Bowling Coach. Gloucestershire’s Head Coach Richard Dawson, who has had experience coaching the England Lions on their successful tour of Australia earlier this year, will take control of the spin bowlers.

England Men’s Assistant Coach Paul Collingwood will take charge of England’s ODI team later in the summer, when it is hoped that Ireland will tour in a three-match Royal London ODI series, subject to those fixtures being confirmed.