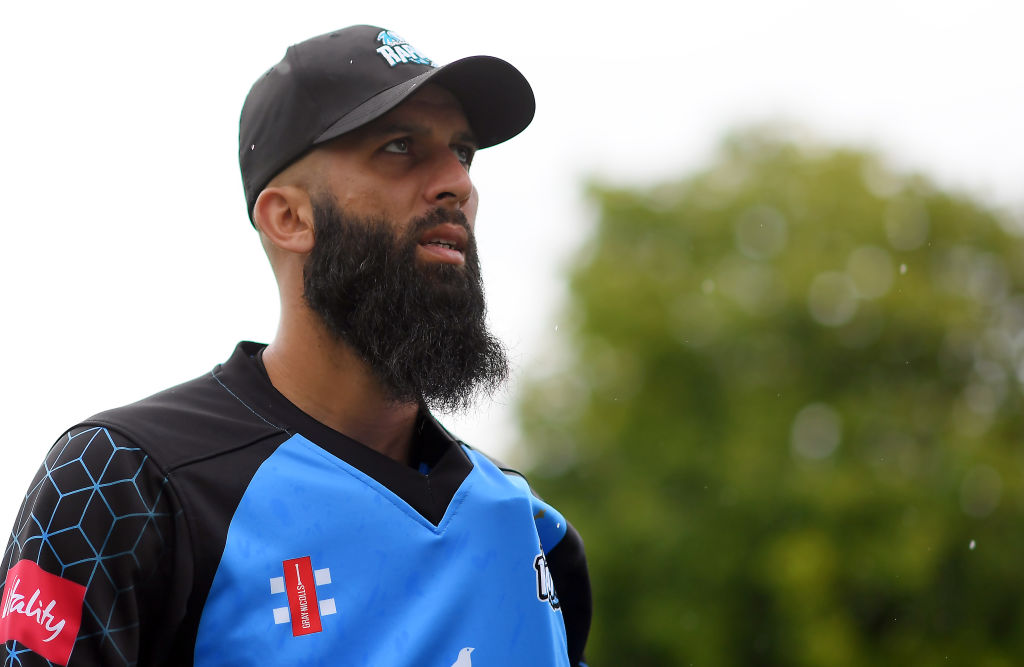 Moeen Ali said his match winning innings against Sussex Sharks was “up there” with the best in his career after his brilliant century sealed an eight wicket Vitality Blast quarter-final win at the 1st Central County Ground, Hove.

The Worcestershire Rapids captain hammered 11 sixes in his unbeaten 121 as his side chased down a formidable 185 target with 14 balls to spare.

It was the first time a team had chased down 180 or more to win a T20 match on the ground for nine years.

Moeen, speaking on Sky Sports, said: “How do you play an innings like that? You need a bit to go your way. It was a good pitch. The toss was big.

“We actually thought they were going to get 200 at one point but we dragged it back and we were pretty comfortable with that.

“Where does the innings rank? It’s good. It’s obviously up there. It’s my highest score (in T20 cricket) and in a quarter-final against a top side – and we were missing a lot of players.

“We kind of spoke about it but we tried to be as brave as we could and that was one message we had tonight.”

The Rapids pegged back a flying start by the Sharks and Ed Barnard dismissed overseas player Alex Carey and David Wiese in the same over to help turn the tide of the game.

Moeen said: “That was crucial. Definitely – and they were big wickets as well – and we felt just a little bit of momentum went our way.

“The next few overs after that were crucial and we squeezed a bit and he bowled magnificently well today.”

Moeen is hopeful the Rapids will be at full strength for the finals day at Edgbaston on September 21.

Wayne Parnell missed tonight’s win through illness and Hamish Rutherford was called up by New Zealand for a T20I in Sri Lanka.

Moeen said: “We should have a full strength side but even if we don’t, we feel this will give us a lot of confidence tonight.

“We’ve got a good core of players so, when the overseas lads are not here, we’ve still got match-winners in our team.

“We know in white ball cricket we’ve been quite good over the last couple of years.”