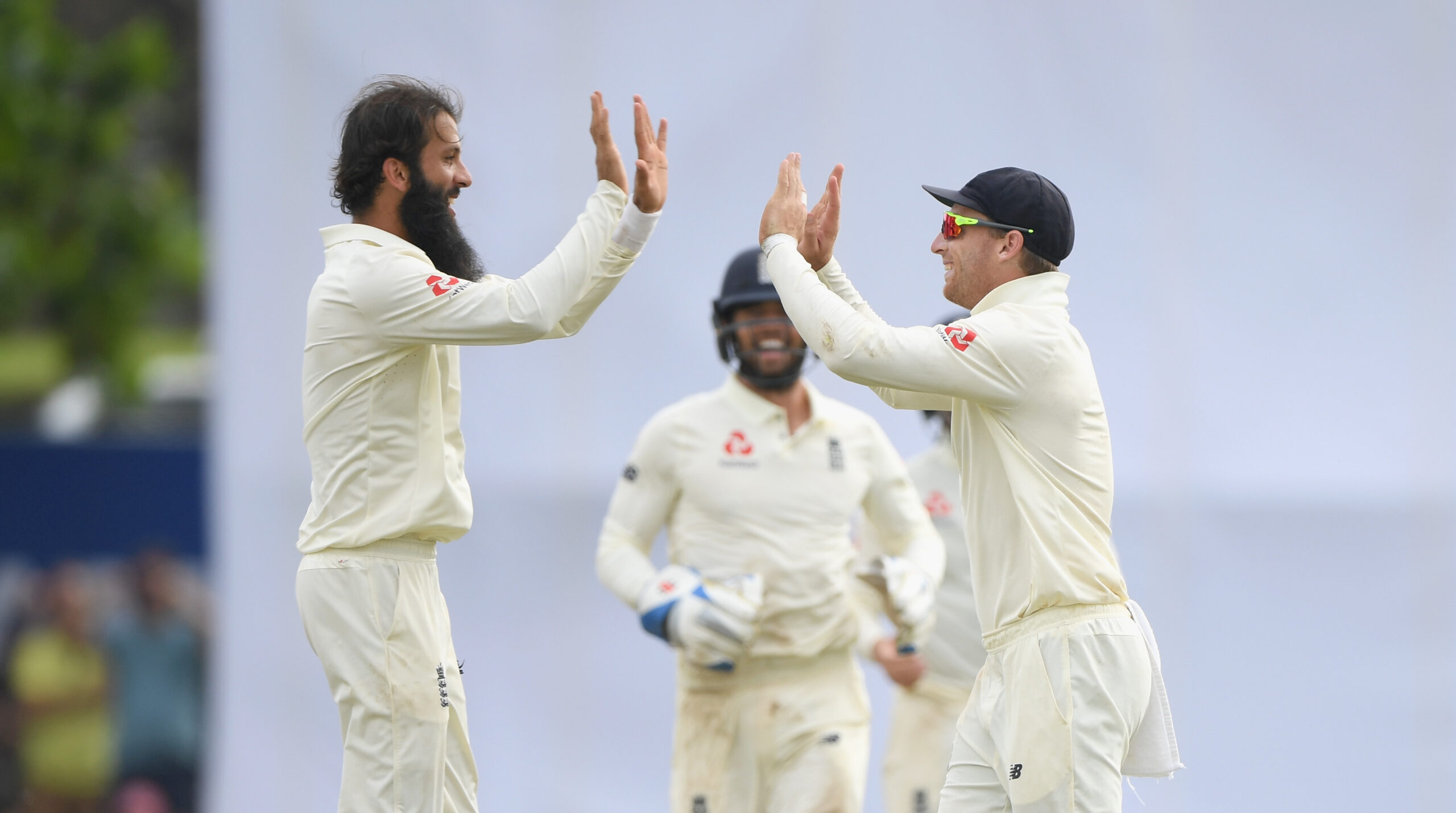 Moeen Ali returned his best match figures with the ball in an overseas Test as England overcame Sri Lanka by 211 runs with more than a day to spare in Galle.

The Worcestershire all-rounder followed up his first innings 4-66 with another fine performance of 4-71 as Sri Lanka were bowled out for 250.

That gave Moeen overall figures of 41-6-137-8 and his first victim in the second innings – Dimuth Karunaratne – provided him with his 150th Test victim – four years and five months after his debut against the Sri Lankans at Lord’s.

He has now taken 20 wickets in three Tests since being restored to the side against India for the last two matches of the summer series.

England triumphed for the first time in 14 overseas Tests since defeating Bangladesh at Chittagong in October 2016.

With Jack Leach (five) and Adil Rashid (three) providing excellent support, 16 of the 20 wickets taken by England in the game fell to spinners.

Moeen had already had Karunaratne dropped by Ben Stokes at slip off his second ball of the day before he dismissed the same batsman on 26.

He went down the pitch to the 31-year-old who held onto a sharp waist high catch.

Moeen had to wait until the first ball after tea for his next success when Sri Lankan keeper Niroshan Dickwella (16) nicked a delivery which this time was held onto by Stokes.

He enjoyed another success in his next over as Angelo Matthews (53) was undone by a delivery which gripped in the pitch and provided Jos Buttler with a straightforward catch at mid wicket.

The Moeen-Stokes combination then again combined to dispose of Akila Dananjaya (8).