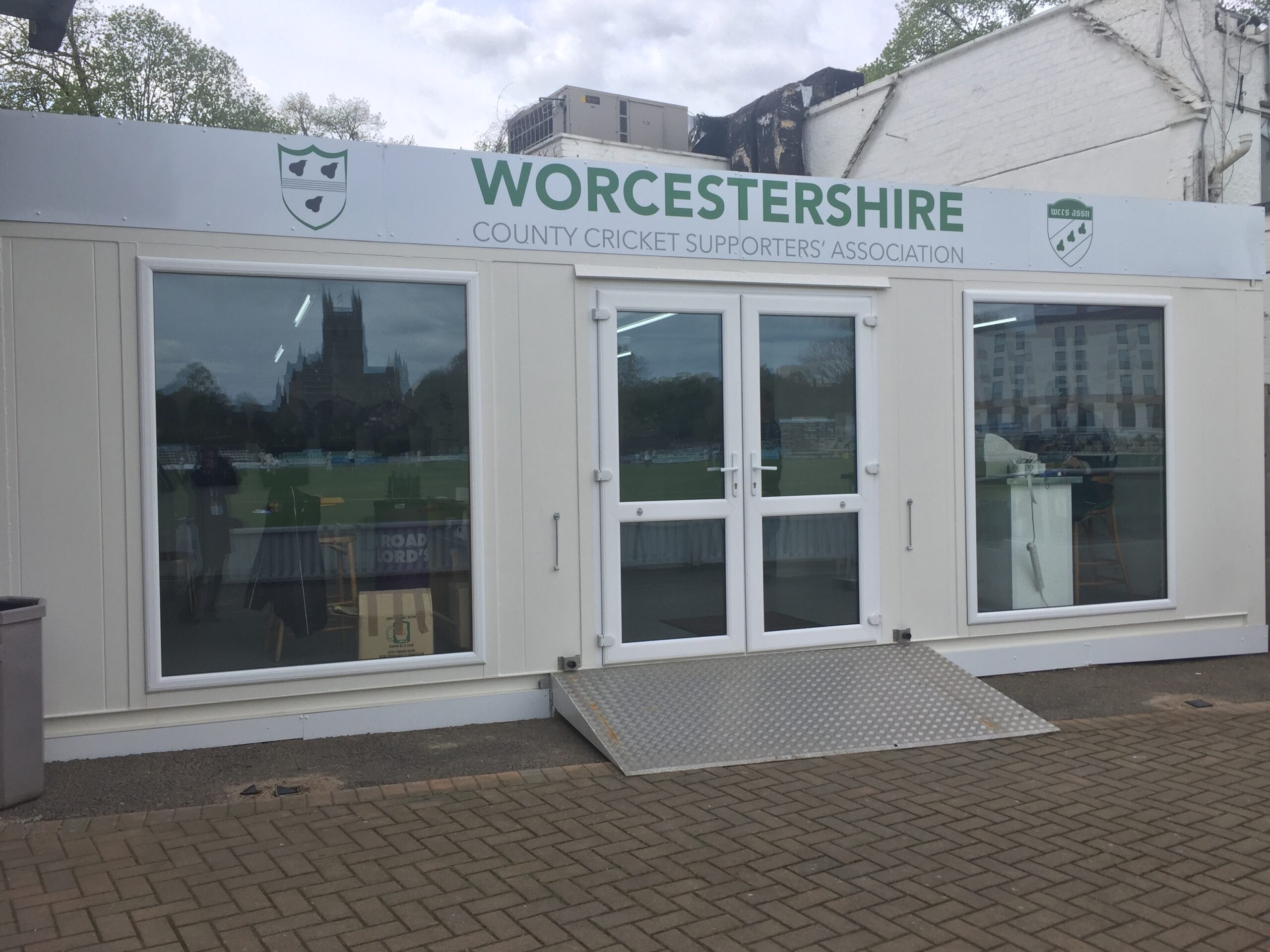 The new Worcestershire Supporters’ Association club shop is up and running and open for the start of the 2018 season.

The arrival at Blackfinch New Road of the £30,000 shop had to be delayed because of the recent floods.

But Association members pulled out all the stops to ensure it was open for business yesterday (Friday) on day one of the Specsavers County Championship match with Nottinghamshire.

It is situated in between the Graeme Hick Pavilion and Foley’s coffee house and eatery.

County players and officials – including new CEO Matt Rawnsley – called into the shop and were impressed with what they saw.

Supporters’ Association chairman Andrew Jenkins said: “It has been a lot of hard work by the committee.

“It has been a concerted effort and we have actually achieved what we set out to do by providing a new shop on the ground which will benefit the Supporters’ Association, the club and the members by the start of the new season.

“Because of the floods putting back the arrival of the shop, it was a very close run thing but we are delighted to be up and running.

“We are pleased with the way it looks. It is still in the development stage but it is a going concern for the first game of the season although, like everyone, we were disappointed that there was no play possible on the opening day.

“We have more proposals in the pipeline and once it is totally completed, I feel it is a shop we should be proud of and I would like to thank Jon Graham (Worcestershire CCC Managing Director) for his part in getting this project off the ground and being completed.

“We’ve already got a wide and varied number of items on sale like a good range of club clothing, lots of cricket related memorabilia and books and this will be expanded as the season goes on.

“We would like to think this will become a focal point on the ground and we hope it will be of financial beneficial to us and hence the cricket club.

Committee member Dave Kennedy said: “We are delighted with the shop. It is a great addition to the ground and we have to thank the Supporters’ Association members for supporting us so we can support the club.

“Their contribution towards raising the funds via the Fifty Fifty draws and lunches is much appreciated – as is the money left to the Association via (late chairman) Ken Mills’ legacy.”

CEO Matt Rawnsley said: “The new shop is a great addition to the ground and we look forward to it being of great benefit to the Supporters’ Association and the County Cricket Club.”

Worcestershire all-rounder George Rhodes said: “The new shop looks great. A lot of the lads have been into the new shop already and think it is a superb addition.”