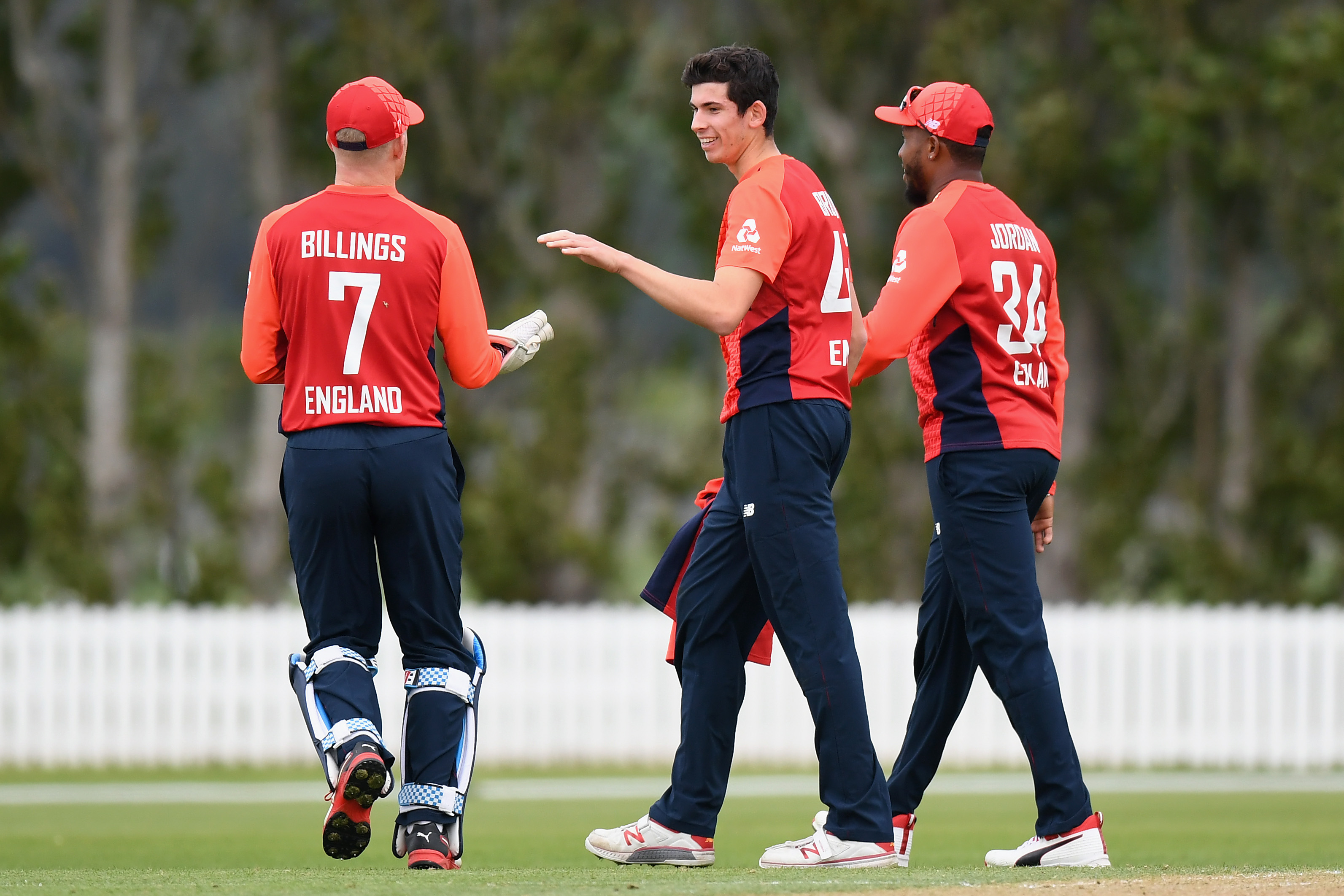 Pat Brown will make his England debut in tomorrow’s T20I international with New Zealand in Christchurch and earned praise from captain Eoin Morgan.

It will be a proud day for the Worcestershire CCC paceman and all those who have played a part in his development at Blackfinch New Road.

Brown has earned his opportunity after playing in the two warm-up matches against a New Zealand X1 in Lincoln.

He returned 1-39 – and had three catches dropped – in the opening game and 0-31 in the second encounter.

Now he will play his part when the five match T20I series gets underway at the Hagley Oval.

Morgan: “For such a young guy leading the attack at Worcestershire, he’s taken that on with great responsibility and great clarity.

“His skill level is certainly up to scratch. Since he’s arrived he’s impressed. He’s a proper athlete, a modern-day cricketer that can do pretty much everything which is fantastic.

“With his bowling, his variations are his strengths so hopefully tomorrow we’ll see a bit of them.”

Brown’s debut will follow on from two successful years for Worcestershire Rapids in the Vitality Blast and impressive performances during both finals days at Edgbaston.

He showed tremendous character after being close to tears following his bowling of the final over in the Rapids narrow defeat to Kent in the 2018 Royal London One-Day Cup semi-final.

Brown learnt from that experience and responded with 31 wickets in the Blast that summer – the most ever by a Worcestershire bowler in the T20 competition.

This year he again was the Rapids leading wicket-taker with 17 and, in addition to his England call-up, has also been selected to play in the T10 League in Abu Dhabi from November 15 to 24.