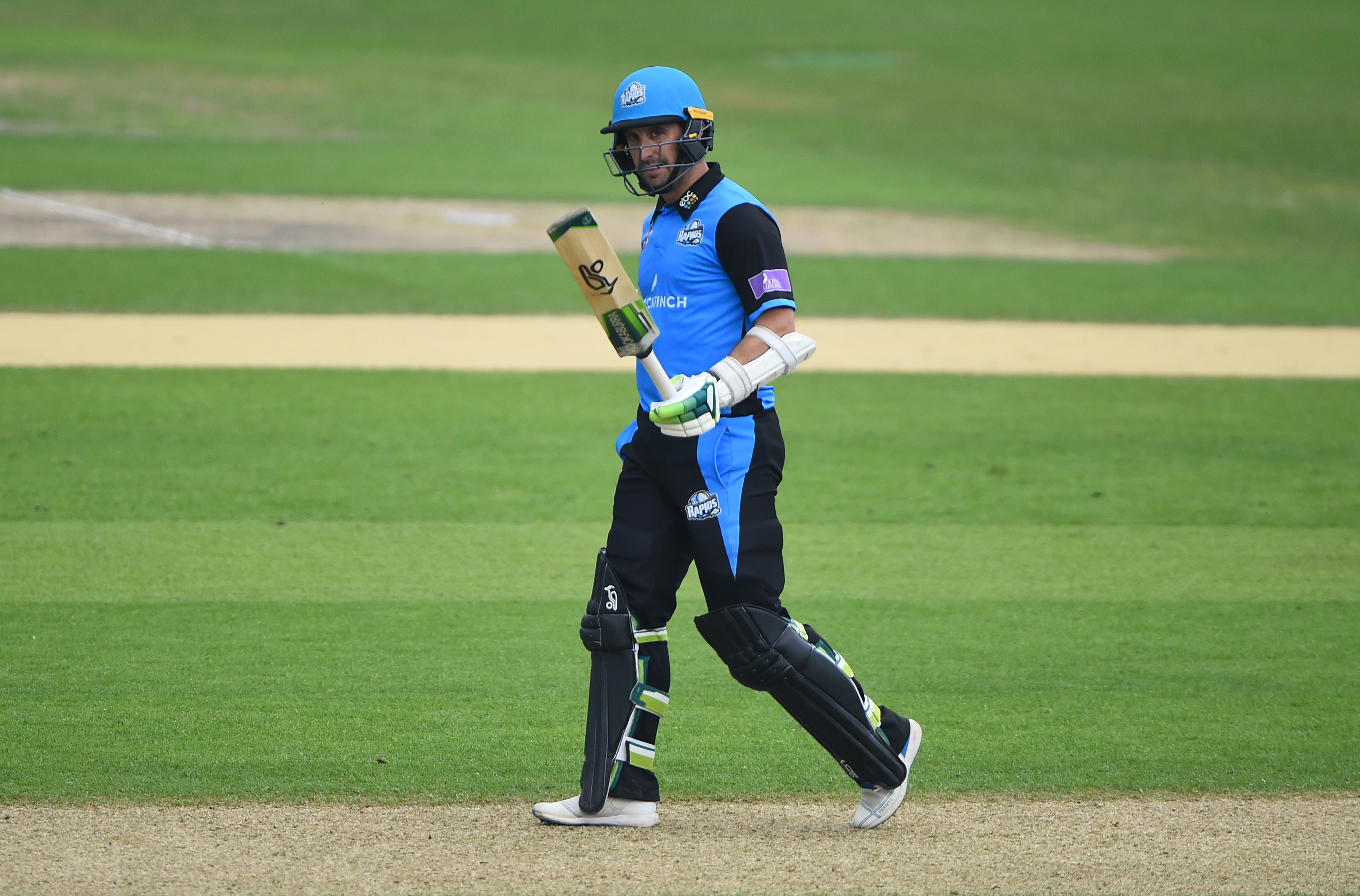 But Mitchell, with the aid of superb support from Ed Barnard and skipper Joe Leach in stands of 58 and 104 unbroken, saw the Rapids over the line – and back to the top of the table.

The Rapids needed 13 off the final over from Joe Mennie and Mitchell reached his 100 off 117 balls with six fours.

Leach also struck a boundary and, with two needed off the final delivery, Mennie bowled a wide and the two batsman scrambled the additional run needed to secure a third win in four games.

Mitchell left the field to a standing ovation and the Aston Villa fan was in much more cheerful spirits than 24 hours earlier when he had witnessed Steve Bruce’s side losing the play-off final at Wembley to Fulham.

Barnard made a fine 28 and Leach ended undefeated on 42 as the Rapids bounced back in style from losing to Durham on Friday.

Lancashire were put into bat and Josh Tongue picked up a wicket with his first legitimate delivery of the game after starting with a wide as Keaton Jennings (5) nicked through to first slip.

Alex Davies (27) went for an aggressive swing over mid-wicket and was bowled by Charlie Morris but then Karl Brown and Liam Livingstone laid the foundations for the Lancashire innings with a stand of 76 in 13 overs.

Livingstone lofted Barnard over mid-wicket for six before the former England Under-19 player made a double breakthrough.

Brown (48) went for an expansive drive and was bowled and Dane Vilas (2) perished in the same fashion two balls later.

Livingstone went to his half century off just 48 balls with one six and three fours but after making 67 he fell victim to a brilliant full length catch by keeper Ben Cox off Tongue.

After a brief delay for safety reasons because of nearby lightning, the visitors innings lost momentum as Jordan Clark (3) was lbw to Joe Leach and Brett D’Oliveira had Josh Bohannon (13) and Joe Mennie (7) also leg before.

Moeen Ali – in his first appearance of the season for Worcestershire – got in on the wicket-taking as Steven Croft (28) was caught behind but Graham Onions (30 not out) and Matthew Parkinson added an unbroken 38 for the final wicket.

Onions quickly made an impact with the ball Worcestershire lost opener Joe Clarke (4) leg before in his first over.

New ball partner Mennie made decisive inroads into the innings.

His South Australian team-mate Travis Head (17) – in the last game of his current spell with the Rapids before joining the ODI squad to face England – was bowled for 17 after aiming a big hit over mid wicket.

Moeen pulled a couple of boundaries off the 29-year-old through the leg side but then tried to repeat the same shot on 24 and holed out to mid wicket.

Jennings then got in on the act as Ben Cox (7) departed to a stunning catch by Croft at point and Ross Whiteley (11) went for a pull and edged through to keeper Vilas.

But Mitchell and Barnard joined forces to launch the recovery.

Barnard was eventually lbw to Matt Parkinson and then Leach proved a valuable ally to Mitchell in their decisive century stand.